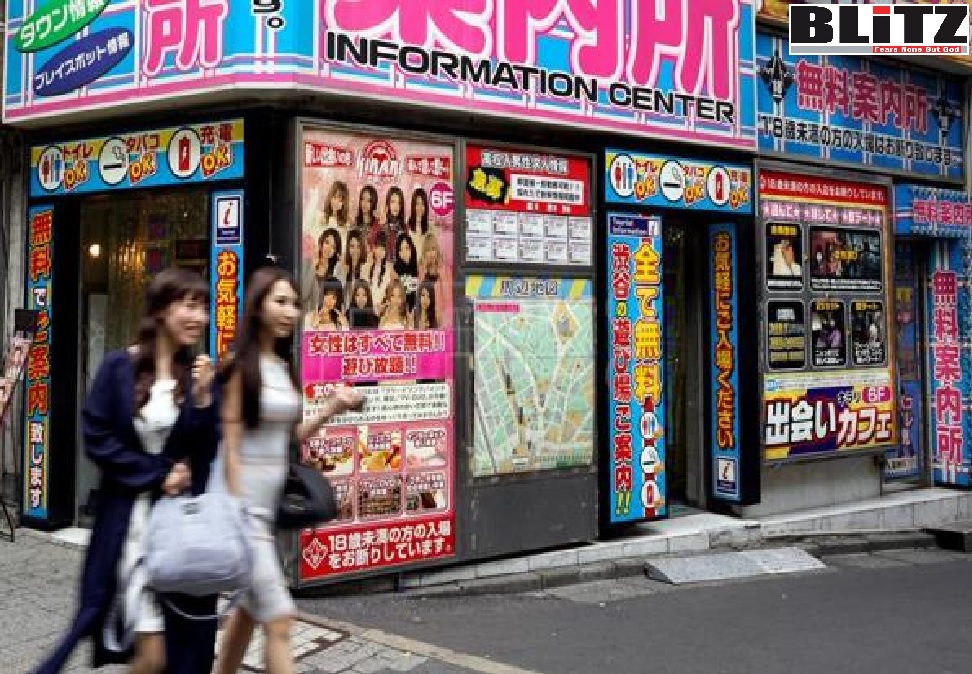 Despite specific restrictions on visas, Ukrainian females are flooding into Japan’s adult entertainment industry, which has caused issuance of warning by Japanese Justice Minister Yoshihisa Furukawa stating “There have been cases in which evacuees [from Ukraine] have been reported to be working at certain types of establishments they are not allowed”.

The Immigration Services Agency has already sent written notifications to Ukrainian refugees informing them that their visas don’t allow them to take jobs that are covered by the adult entertainment law, he said.

The evacuees are allowed to switch their visa status to be able to stay in Japan for a year, but even residential status won’t make jobs in the adult entertainment sector available for them.

Some 14 million people have fled Ukraine since the start of the Russian military operation in the country in late February, according to UN estimates. Over 1,000 of them have ended up in Japan. Furukawa has also expressed concerns that Ukrainian women could become victims f human trafficking, with such reports coming from other countries.

But, according to media reports, Ukrainian female, especially those who had worked as sex workers and escorts in Ukraine are not going to listen to the warning. They will show special interest of working in Japanese adult entertainment industry as would grant them the opportunity of making huge cash.

In 2021, the most common business type operating in the Japanese sex industry were the over 22 thousand non-store-based service providers, such as call girls. Business falling under adult entertainment include, among others, adult only bath houses, strip clubs, massage services, love hotels, escorts services etcetera.

Earlier this month, a researcher for the Organization for Security and Co-operation in Europe (OSCE) revealed that online searches for sex workers from Ukraine spiked by 600 percent around the globe after the outbreak of the conflict.