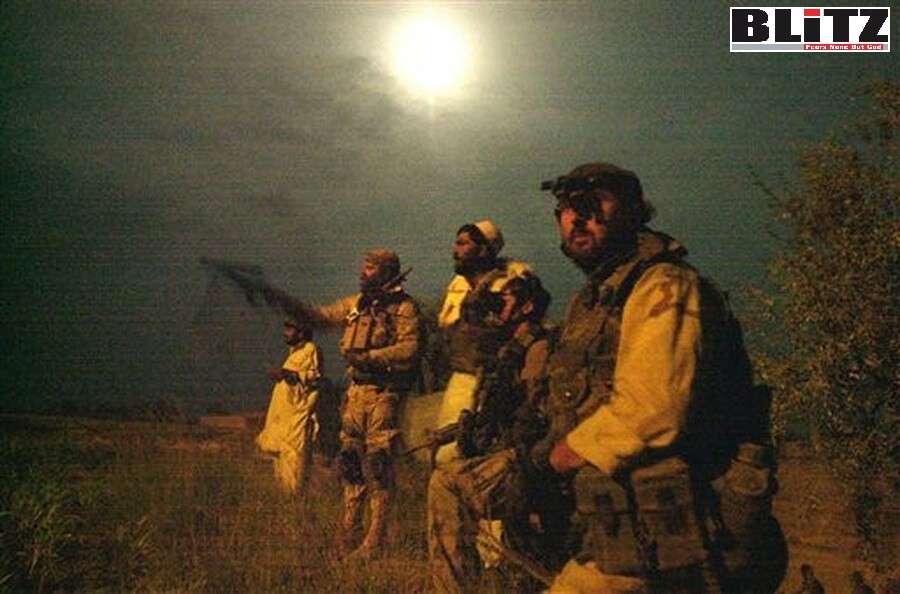 As the Afghanistan War wound down, the CIA had expected to gradually shift its primary focus away from counterterrorism — a mission that transformed the agency over two decades into a paramilitary organization focused on manhunts and killing — toward traditional spycraft against powers like China and Russia.

But a pair of deadly explosions Thursday were the latest in a series of rapidly unfolding events since the collapse of the Afghan government and the Taliban takeover of the country that have upended that plan. Like a black hole with its own gravitational pull, Afghanistan could draw the CIA back into a complex counterterrorism mission for years to come.

U.S. officials are reworking plans to counter threats that could emerge from Afghanistan’s chaos, according to current and former officials: negotiating for new bases in Central Asian countries; determining how clandestine officers can run sources in the country without the military and diplomatic outposts that provided cover to spies for two decades; and figuring out from where the CIA could launch drone strikes and other Afghanistan operations.

Thursday’s attacks at the Kabul airport, which killed more than a dozen U.S. service members and scores of Afghan civilians, were evidence that terrorist groups are already working to sow further chaos in the country and could hope to use it as a base for attacks outside Afghanistan.

Hours later, President Joe Biden pledged to hunt down those responsible for the bombings. “We will respond with force and precision at our time, at the place we choose and at the moment of our choosing,” he said.

The United States and its allies want to keep Afghanistan from devolving into a terrorist haven akin to Syria a decade ago and Afghanistan before Sept. 11, when the chaos of war lured a hodgepodge of terrorists and new extremist groups were born. The most urgent threat in Afghanistan is the local Islamic State group, U.S. officials said. Leaders of al-Qaida may also try to return to the country. And while the Taliban may not want either group in Afghanistan, they may be incapable of keeping them out, current and former U.S. officials said.

“It’s going to get a lot harder,” said Don Hepburn, a former senior CIA officer who served in Afghanistan. “The agency is being drawn in many, many directions.”

Biden’s determination to end the military’s involvement in Afghanistan means that, starting next month, any U.S. presence in the country would most likely be part of a clandestine operation that is not publicly acknowledged.

The CIA’s new mission will be narrower, a senior intelligence official said. It will no longer have to help protect thousands of troops and diplomats and will focus instead on hunting terrorist groups that can attack beyond Afghanistan’s borders. But the rapid U.S. exit devastated the agency’s networks, and spies will most likely have to rebuild them and manage sources from abroad, according to current and former officials.

The United States will also have to deal with troublesome partners like Pakistan, whose unmatched ability to play both sides of a fight frustrated generations of U.S. leaders.

William Burns, the agency’s director, has said that it is ready to collect intelligence and conduct operations from afar, or “over the horizon,” but he told lawmakers in the spring that operatives’ ability to gather intelligence and act on threats will erode. “That’s simply a fact,” said Burns, who traveled to Kabul this week for secret talks with the Taliban.

Challenges for the CIA lie ahead in Afghanistan, the senior intelligence official acknowledged, while adding that the agency was not starting from scratch. It had long predicted the collapse of the Afghan government and a Taliban victory, and since at least July had warned that they could come sooner than expected.

In the days after the Sept. 11 attacks, CIA officers were the first to meet with Afghan militia fighters. The agency went on to notch successes in Afghanistan, ruthlessly hunting and killing al-Qaida operatives, its primary mission in the country after Sept. 11.

It built a vast network of informants who met their agency handlers in Afghanistan, then used the information to conduct drone strikes against suspected terrorists. The agency prevented al-Qaida from using Afghanistan as a base to mount a large-scale attack against the United States as it had on Sept. 11.

But that chapter came with a cost in both life and reputation. At least 19 personnel have been killed in Afghanistan — a death toll eclipsed only by the agency’s losses during the Vietnam War. Several agency paramilitary operatives would later die fighting the Islamic State, a sign of how far afield the original mission had strayed. The last CIA operative to die in Afghanistan was a former elite reconnaissance Marine, killed in a firefight in May 2019, a grim bookend to the conflict.

And one of the agency’s clandestine officers was nearly prosecuted for the 2002 torture death of a detainee at a CIA black site known as the Salt Pit. Raids by CIA-trained Afghan units killed a large number of Afghan civilians, increasing Taliban support in parts of the country.

As the conflict dragged on in Afghanistan, veteran agency officers began to see that the war was lost. One of them was Greg Vogle, a former top agency officer who escorted Hamid Karzai into the country in 2001 and twice ran the CIA’s sprawling station in Kabul in subsequent years. Vogle has told colleagues that the first time he went into Afghanistan, the United States was winning the war. By the second time, it was a tie. By the third time, he said, the United States was losing.

In recent days during the frantic withdrawal, the CIA has been involved in secret rescue missions, according to a senior U.S. official, who declined to detail the efforts.

The agency expects its mission ahead in Afghanistan will be “more focused” on tracking the development of terrorist groups determined to attack the United States, the senior U.S. intelligence official said.

The U.S. covert operation in Afghanistan could be carried out by either CIA operatives or Special Operations military troops acting under “Title 50” authority — similar to when Navy SEALs killed Osama bin Laden in Pakistan on a mission run by the spy agency. Such episodes of putting the military under CIA authority became more common in the post-9/11 era as the lines blurred between soldiers and spies.

But the narrower mission poses its own tests, including recovering from the damage to the CIA’s source networks caused by the abrupt exit from Afghanistan.

Rebuilding the United States’ information collection will depend in part on electronic eavesdropping and in part on building new networks of human sources, this time from afar, according to former government officials. U.S. officials predicted that Afghan opponents of the Taliban will most likely emerge who will want to help and provide information to the United States.

And without a large U.S. military presence in Afghanistan, any drone strike against an Islamic State or Qaida target there will have to depart, for now, from the Persian Gulf. Such long flights reduce the amount of time the planes have to hunt targets, increasing the risk of errors and missed targets. Or they could require a large, and expensive, fleet of drones to be used.

The State Department has yet to secure access to bases in Central Asian states that were once part of the Soviet Union, and it is unclear whether that will happen.

Russia has made clear it opposes any U.S. presence in Central Asia. While the former Soviet states sometimes try to balance Moscow’s influence with agreements with the U.S., Russia exerts far more control than it did 20 years ago, when the United States got access to bases in Uzbekistan, Tajikistan and Kyrgyzstan during the early parts of the war in Afghanistan.

Afghanistan garnered little attention during Burns’ confirmation hearings in February. The bulk of questions from both Democrats and Republicans focused on the Biden administration’s plans to shift intelligence resources to the challenge of China, which Burns identified as a top priority.

Not long afterward, the White House issued an interim national security strategy that put new emphasis on the need to focus on “great power” competition with Russia and China. Senior U.S. officials said that priority has not changed, and while Afghanistan has a new urgency, U.S. intelligence agencies can handle multiple priorities at once.

But history shows that such multitasking can be difficult, and that there are opportunity costs. When the military and the CIA focused on the war in Iraq, Afghanistan suffered from inattention. A new, more adversarial government in China emerged as the United States obsessed over the return of Russian aggression in Europe and the rise of the Islamic State.

“The front burner is crowded,” said John McLaughlin, a former acting director of the CIA. “The future holds a mix of challenges. Inevitably, we’re in a world now where China, Russia, countries have that magnitude and influence are going to be in the forefront, but you know lurking in the background, there’s the possibility of terrorists regrouping.”

The potential for Afghanistan to evolve into a hub for terrorist networks also carries its own political risks for the president.

Any terrorist attack originating from Afghanistan would expose Biden to fierce criticism from his political opponents that it was a result of his decision to pull U.S. troops from the country — yet another factor that is likely to bring intense White House pressure on spy agencies to keep a laser focus on Afghanistan.

Republished from The New York Times