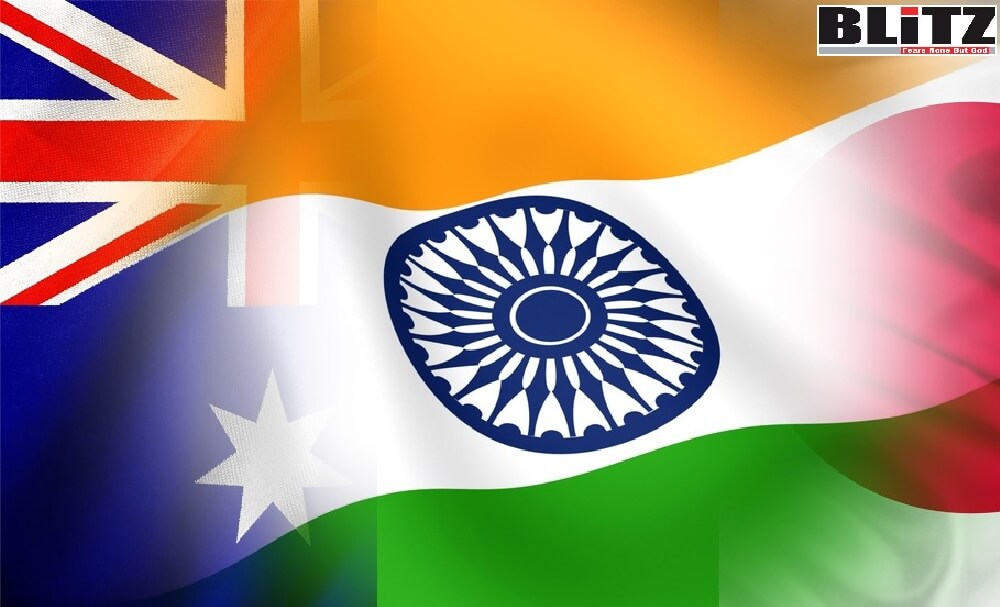 Decades ago, Henry Kissinger thought of a triangle that would ensure a dominant world power. His strategic triangle features the United States, Soviet Union and China. But now, after many decades of Kissinger’s policy, global scenario has greatly changed. There is no existence of Soviet Union anymore, while China has already emerged into a global economic super power, subsiding the economic might of the United States. Henry Kissinger’s triangle plan comprising the US, Soviet Union and China was to ensure Washington’s dominance in the world. But now, in the eyes of policymakers in the US, China has already emerged as a potential threat. Chinese goods are increasingly becoming popular throughout the world, while President Xi Jinping has been gradually bringing a large number of nations into his vision of ensuring tremendous progress and possibilities for the struggling nations in Asia and other continents. America does not have the economic capability or strategic advantage over China is getting most of the economically disadvantaged nations in the world under its own control. With such realities, Washington has already formed an anti-China bloc named Quad, while India, a country aspirant of becoming a global superpower is forming another bloc with Australia and Japan, although for Australia or Japan, India’s rise as a superpower would bring no benefit at all.

The evolution of the Indo-Pacific security structure, from the Cold War “Hub and Spokes” model to more networked comprehensive architecture, has featured growing security relationships among Australia, India, and Japan. This new structure also includes their development of strategic partnerships with Indonesia, Singapore, and Vietnam, among others. Meanwhile, Australia, India, and Japan continue to strengthen bilateral alliances with the United States and expand security ties with regional powers outside the region, as reflected in the AUKUS submarine deal.

The trend toward increasing triangular cooperation can be glimpsed in the development of the Australia-India leg of the Indo-Pacific strategic triangle. Australia’s 2017 Foreign Policy White Paper identified India as a key security partner in support of regional order. The AUSINDEX exercises began in 2015, most recently conducted in September 2021 off the coast of Darwin, Australia.

In a June 2020 virtual Summit, Prime Ministers Scott Morrison and Narendra Modi elevated the 2009 Strategic Partnership to a Comprehensive Strategic Partnership, marked by a shared “vision of an open, free, rules-based Indo-Pacific” to be advanced by cooperation in the maritime domain. The prime ministers also agreed to a mutual logistics support agreement, providing for reciprocal access to Australian and Indian military bases. Following the summit, New Delhi invited Australia to join India, the United States, and Japan in the 2020 Malabar exercise, the first time that members of the Quad exercised together. On September 10-12, 2021, the first 2+2 Ministerial Level of the Comprehensive Strategic Partnership was held in New Delhi. Both India and Australia sent their foreign ministers and defense ministers to the meeting.

The India-Japan relationship, dating from the arrival of Buddhist monks in Japan in the sixth century, has, in the twenty-first century, evolved into a Special Strategic and Global Partnership. Modi and former Japanese Prime Minister Shizo Abe have been instrumental in the development of this expanding relationship. Abe set out an early vision of what evolved into a mutually shared vision of a Free and Open Indo-Pacific in a 2007 address to India’s Parliament. In his remarks, “The Confluence of the Two Seas,” Abe observed that, as maritime countries, Japan and India “have vital interest in the security of the sea lanes.” He called on Indian and Japanese diplomats and defense officials to “consider jointly” the future of security cooperation.

Japan then joined the India-U.S. Malabar exercise in 2015 as a permanent exercise partner. The Japan-India exercise JIMEX began in 2016 in the Bay of Bengal and has continued on an annual basis. In September 2020, India and Japan concluded an acquisition and cross-Servicing agreement, opening the door to expanding security cooperation. In June 2021, Japan and India conducted a bilateral exercise in the Indian Ocean in support of a Free and Open Indo-Pacific. Today, annual summits mark the relationship supported by a 2+2 annual meeting of foreign and defense ministers.

The twenty-first-century Japan-Australia relationship is framed by the 2007 Joint Declaration on Security Cooperation, which provided for “consultations on issues of common strategic interest in the Asia-Pacific region and beyond,” including the exchange of defense personnel, joint exercises, and the establishment of a 2+2 mechanism. In 2013 Japan and Australia concluded an acquisition and cross-servicing agreement and an information security agreement to advance defense cooperation. Canberra and Tokyo elevated the bilateral relationship to that of a Special Strategic Partnership in 2014.

Australia’s 2017 Foreign Policy White Paper welcomed Japan’s defense reforms and growing defense capabilities and expressed support for a Japan that “will play a more active role in the security of the region.” Japan joined the Australia-U.S. exercise Talisman Sabre for the first time in 2019, dispatching the helicopter carrier Ise and 500 Self-Defense Force personnel. Underscoring the expanding Japan-Australia defense relationship, the two governments in November 2020 concluded a Reciprocal Access (Status of Forces) Agreement. Prime Minister Yoshihide Suga welcomed the agreement as a sign of a shared “will and capacity to contribute to regional peace and security. Morrison hailed it as “a landmark defense treaty” enhancing the Australia-Japan “special strategic partnership.” In remarks prior to the June 2021 2+2 meeting, Reuters reported Japan’s Foreign Minister Toshimitsu Motegi as saying that he wanted to take the Japan-Australia security relationship to “new levels”.

Under the leadership of Narendra Modi, while religious extremism is on rise in India, the country is anticipated of facing cruel economic challenges during the post-pandemic years, although India’s economy already is facing a difficult turmoil. For India, aside from addressing its economic challenges, it also needs to boost up its activities against China and Pakistan, by extending support and funding towards separatist movements in Xinjiang in China and Baluchistan in Pakistan. The most advantage for India now is, there is little or no existence of any separatist movements domestically, although the country has been witnessing an alarming rise of radical Islam and militancy. Following the Taliban victory in Afghanistan, India’s challenges of combating terrorism especially Islamic jihad may intensify several folds as Pakistan would definitely use the Taliban muscle in intensifying jihadist activities in the country.

With America’s forming of Quad and India’s anti-China bloc with Australia and Japan, Bangladesh may face pressure both from Washington and Delhi in joining both the blocs, because, strategically Bangladesh is seen as extremely important by the global players for multiple reasons. One of the main reasons is Bangladesh’s location, which is definitely a matter of great interest to every global power in the world, including India.

It is anticipated that Washington and Delhi may make various attempts of getting Bangladesh in their anti-China bloc, while for Dhaka, it would be unwise in doing so. Bangladesh’s increased relations with China is a matter of concern to India and the US. In this case of course, India or the US may not succeed in convincing Bangladesh in abandoning its cooperation with China, because, China has been sincerely helping Bangladesh in infrastructural development and numerous economic projects. Here of course, the only issue that may put strain in Dhaka-Beijing relations is over 1.20 million Rohingyas from Myanmar, who are being sheltered in Bangladesh since 2017. According to analysts, China should play active role in putting substantial pressure on Myanmar in immediately taking back their Rohingya citizen from Bangladesh.

At the same time, Bangladesh shall definitely not spoil its existing relations with India or any of those anti-China nations, because, Bangladesh’s foreign policy upholds the spirit of maintaining friendship with every nation and not having enmity with anyone. That means, Bangladesh shall remain a sincere friend to the United States, Australia, Japan, India and all other nations, including China. For Bangladesh, its foreign policy is based on its own national interest. Bangladesh cannot unfriend any nation just for the sake of pleasing others.