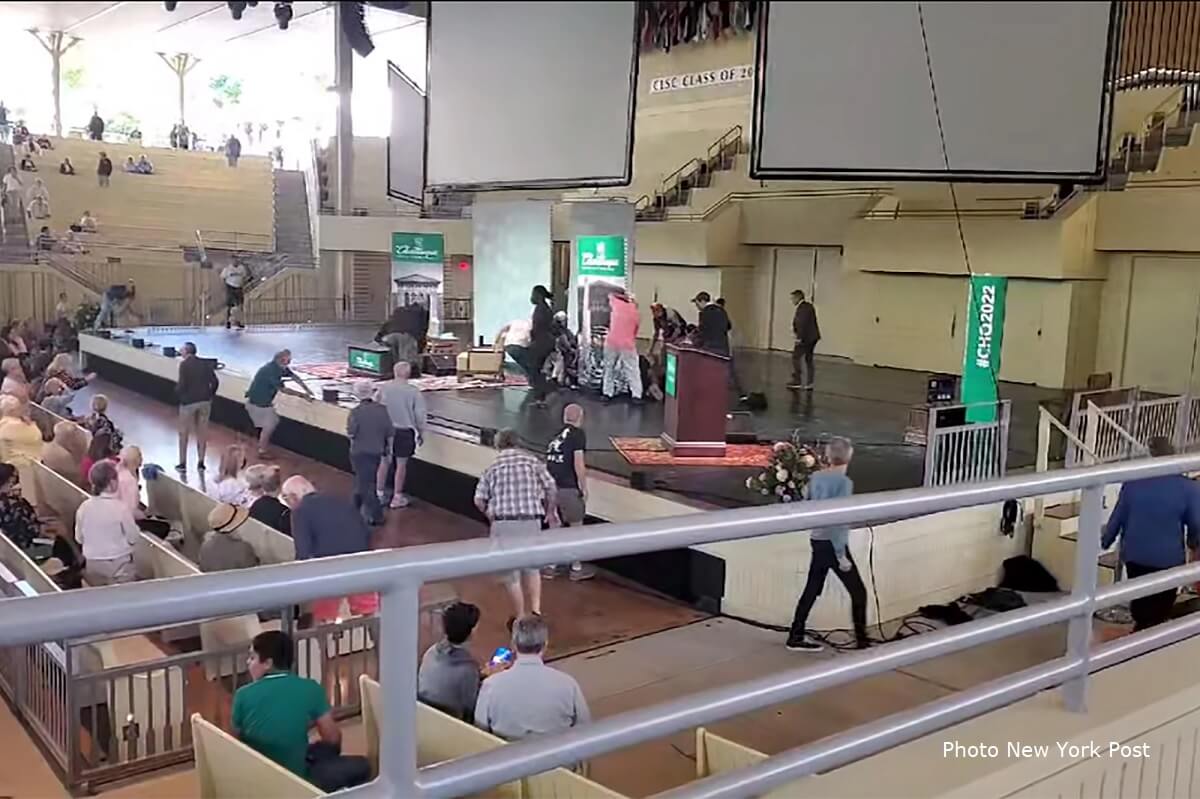 While it has been proved that the attacked Hadi Matar who had tried to murder Salman Rushdie has connections with Iran’s notorious IRGC, a professor at the University of Denver said he believes that the perpetrator of the stabbing attack targeting author Salman Rushdie was “likely” convinced to carry out the attempted assassination by an Israeli Mossad agent.

According to The Jerusalem Post report, Nader Hashemi, director of the Center for Middle East Studies at the university, suggested that the incident was part of a Zionist conspiracy to make Iran look bad on the international stage as Tehran inches closer to a nuclear deal with the US and Europe.

Hashemi made the comments on August 20 while speaking on the Iran Podcast.

While Hashemi did acknowledge that Rushdie has had an Iran-issued bounty on his head for decades – and did float the possibility that Iran had ordered the attack as an act of revenge for the U.S.-backed assassination of IRGC commander Qassim Soleimani in January 2020 – the academic said that the attempted murder was more likely the result of a Zionist plot.

“The other possibility, which I actually think is much more likely, is that this young kid Hadi Matar was in communication with someone online who claimed to be an Islamic Revolutionary Guard Corps member or supporter and lured him into attacking Salman Rushdie and that so-called person online claiming to be affiliated with the Islamic Republic of Iran could’ve been a Mossad operative,” Hashemi said.

“Israel has taken a very strong position against reviving the Iran nuclear agreement”, he added.

“We were in very sensitive negotiations, like an agreement was imminent, and then the attack on Salman Rushdie takes place. I think that’s one possible interpretation and scenario that could explain the timing of this at this moment during these sensitive political discussions related to Iran’s nuclear program”.

The man currently facing charges for stabbing Rushdie, Hadi Matar, recently told the New York Post that he believes that Ayatollah Khomeini, who issued the fatwa against Rushdie, is a “great man”.