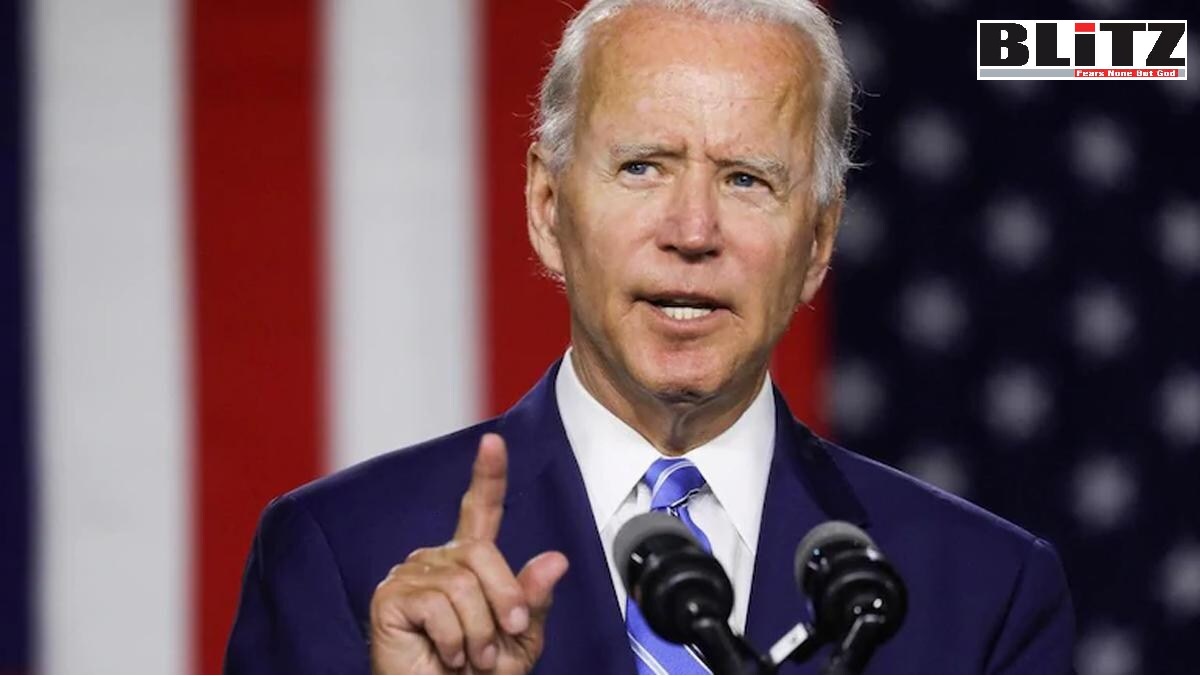 Seventy-percent of Democrats still claim to approve of Joe Biden, much as they would a diseased cat, the propped-up corpse of Osama bin Laden, or small piece of dried spaghetti as long as it was a Democrat. But only a quarter of the party wants Biden to run again. Writes Daniel Greenfield

The new New York Times poll is bad news for Biden and bad for America.

It’s not just the 33% approval rating that’s truly worrying. Biden has hit a new polling low, but he hits new polling lows every week. 70 percent of Democrats still claim to approve of Biden, much as they would a diseased cat, the propped-up corpse of Osama bin Laden, or small piece of dried spaghetti as long as it was a Democrat. But only a quarter of the party wants Biden to run again.

As Biden’s poll numbers have slid down the slopes faster than a falling skier, he hasn’t moved to the center, but to the fringes. Like most of his party, the primary threat comes from the Left. And the more unpopular Biden becomes, the harder he pivots leftward to protect his primary options.

Even if they’re mostly imaginary.

That’s why the poor poll numbers are nothing to celebrate. Biden pretended to run from the center, but never governed from the center. And his growing unpopularity has only made his administration more extreme. Biden doesn’t need America and doesn’t have it anyway.

He needs the Left.

Leftists and Americans wanted opposite things from the Biden administration. Americans wanted stability, sensible policies and an end to the chaos. Leftists wanted endless spending on their agendas, identity politics and a perpetual state of crisis. Biden took office in a locked down city with a heavily military presence, appointed an attorney general bitter at having a Supreme Court seat taken from him and tasked with pursuing partisan grievances. Gargantuan spending bills aggravated the already unstable economy and pushed the country to the brink.

Everything else followed from that.

Biden locked his administration into a leftist worldview that alienated most of the country. The more the rest of the country shuns him, the harder he clings to the “one that brought” him.

Biden isn’t popular, but he never was. He first got to the White House riding leftist coattails. He certainly wasn’t elected based on his own popularity, but because the Left waged a scorched earth campaign. The only reason someone so corrupt and inept ever ended up in the White House was as a beneficiary of the outpouring of rabid leftist hatred against conservatives.

It doesn’t matter if he’s at 41% or 33% or 6%. Biden’s gambit will be once again lying low and letting the Left shape the battlefield. Faced with the likelihood of being a one-termer, his staffers are leftists who aren’t in it for the money or the career development, but are true believers in the “cause”. And he needs leftist donors who aren’t invested in personalities, but in ideology.

Much like Xi, Biden understands that the ‘party’ matters and the public doesn’t. And ‘party’ doesn’t mean the official one with a donkey on the box, but the ideological leftist movement that cares about the things he’s vigorously promoting from critical race theory to gender identity to modern monetary theory and all the theories that in their sum add up to Marxist theory.

Joe Biden likely doesn’t believe any of it, but just as Hunter didn’t have to read Mao’s Little Red Book to cut business deals in China, Biden doesn’t have to understand what he’s promoting.

Biden came into office after outsourcing much of his administration’s policy apparatus to the Bernie and Warren people. The “Big Guy” doesn’t care much about policy. Biden has been anti and pro-abortion, pro and anti-terrorism, and pro and anti-racism depending on the moment.

What Biden cares about is having the big job and whatever benefits flow from it. An egomaniac who kept on lying about his college grades while running for president, he accidentally landed in a position commensurate with his inflated self-image. And one that offers plenty of rewards.

Much as Hillary, another compulsive liar, wrecked her own party and then the country while trying to cling to power no one thought she should have, Biden, even in his diminished state, is not going to let go. In that, Biden is no different than the rest of a gerontocratic oligarchy, men and women like Speaker Pelosi and Senator Bernie Sanders, claiming to speak for the youth.

After generations in power, none of them are eager to let go and accept the inevitable. Especially since the inevitable is no longer as inevitable as it once used to be.

It’s inevitable to most that Biden won’t run and won’t win if he does. And in the normal state of things, that would be true. But we are in a post-polling world in which public opinion is no longer just a reaction to events, but can be directly shaped by manufacturing a series of crises.

And if Biden works hard enough for the Left, perhaps the Left will work to keep him in office.

Some race riots, lockdowns, and crises yet to be unleashed can do wonders for changing people’s perspective. It likely won’t work and may not even be tried, but Biden doesn’t have any other cards to play. And he never did. Biden can’t win elections on his own. So, he won’t try.

The more unpopular he becomes, the less likely he is to even bother going through the motions.

Biden may sit in the White House (when he’s not vacationing in Delaware), but he doesn’t work for the American people. He works for the Left. And he may not remember much of anything else, but that is the one thing he has never forgotten. It’s the only reason why he’s here.