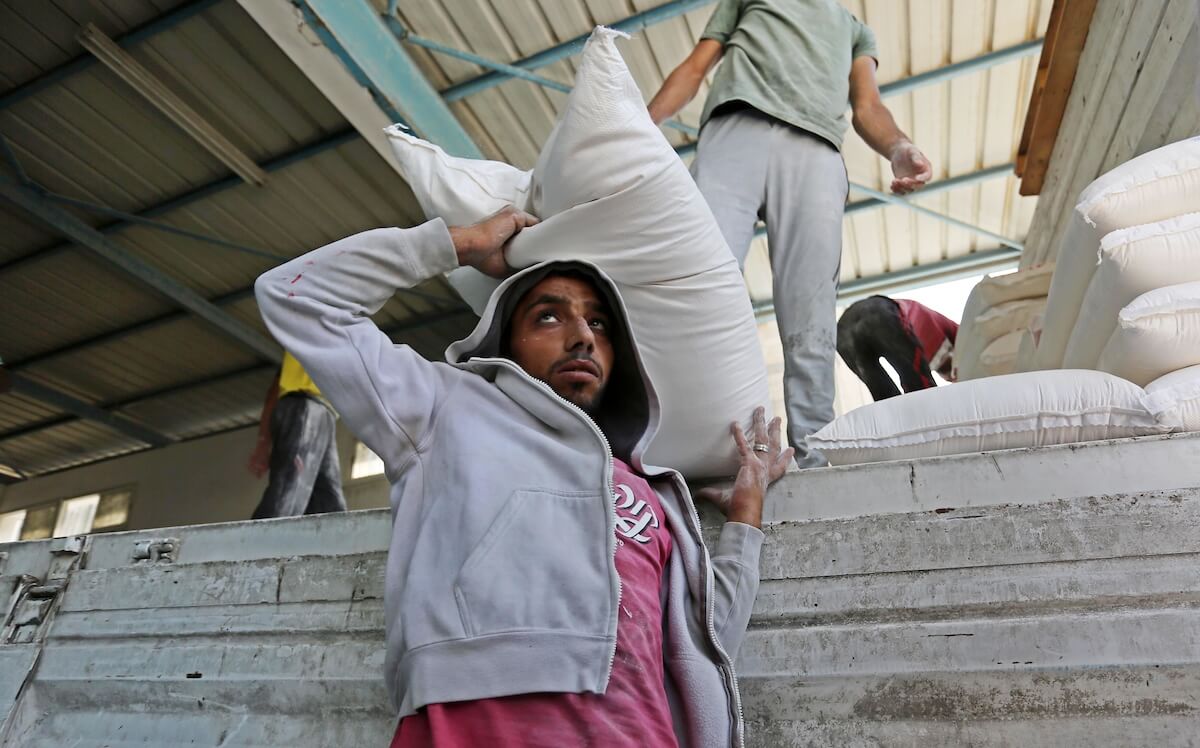 It does not matter that UNRWA employees would never dream of breaking the code of silence regarding Hamas’s use of UNRWA facilities or UNRWA’s hiring of terrorists. They were forced to flee for their lives anyway for the cardinal sin of having failed to keep American money coming in.

Several weeks ago, the United Nations Relief and Works Agency for Palestine Refugees in the Near East (UNRWA) evacuated at least 10 international senior officials from the Gaza Strip. The reason? These top staffers had received death threats following the announcement of budget cuts and planned layoffs by the agency.

This is all because the US decided not to renew the organization’s funding. The Trump administration may have been emboldened to do this by the Taylor Force Act’s prohibition on funding organizations that abet terrorism.

UNRWA confirmed later that it had “decided to temporarily withdraw part of its international staff from Gaza following a series of worrying security incidents affecting its personnel in the Strip.”

These threats were so real that it prompted an emergency exit via the Erez Crossing, which was closed for the Sukkot holiday (the Feast of Tabernacles). It had to be specially opened to permit the UNRWA employees to flee.

What sort of organization lives in mortal fear of its own employees? From a human resource perspective, UNRWA is a case study of a client hijacking a service provider. The majority of its approximately 30,000 employees are Palestinian. The few hundred internationals employed by the agency are also overwhelmingly pro-Palestinian. It is rare that any employee has dared to break the code of silence regarding UNRWA’s alleged indispensability or its internal affairs. It is a demonstration of where the power lies that international employees have become the pawns that can be sacrificed.

To UNRWA’s Palestinian employees, the internationals are somehow representatives of the international system. The US, under this system, is simultaneously hated and expected to provide funding in perpetuity.

We only know of a handful of individuals who have ever aired UNRWA’s dirty laundry. One such case was back in 2010, during a speech to an Arab-American group. Andrew Whitley, outgoing head of UNRWA’s New York office, stated the obvious: “We recognize, as I think most do, although it’s not a position that we publicly articulate, that the right of return is unlikely to be exercised to the territory of Israel to any significant or meaningful extent. … It’s not a politically palatable issue, it’s not one that UNRWA publicly advocates, but nevertheless it’s a known contour to the issue.”

UNRWA’s new leadership swiftly and “unequivocally” distanced itself from these comments, saying that they “in no way reflect the policies or positions of the agency and are the personal views of Mr. Whitley.” Whitley then came under such pressure from his former employer that he had to publicly repudiate his own comments as “inappropriate and wrong.”

This was not unlike what had occurred in 1952, when Lt. Gen. Sir Alexander Galloway, a noted British soldier-diplomat and UNRWA director in Jordan, made a famous statement to a group of visiting American church leaders: “It is perfectly clear that the Arab nations do not want to solve the Arab refugee problem. They want to keep it as an open sore, as an affront against the United Nations and as a weapon against Israel. Arab leaders don’t give a damn whether the refugees live or die.”

Shortly thereafter, Galloway was fired at the demand of the Jordanian government because he refused to dismiss international employees and hire locals. Galloway then published a blunt op-ed in the Daily Telegraph and Morning Post in which he lambasted UNRWA and the international approach to the Palestinian refugee problem.

What is the solution? Of course the problem is difficult. Refugee settlement, except under dictatorship, is a long, expensive business. Somehow or other, the Arab governments, the UN, UNRWA, and some of the refugees will have to face facts: The refugees cannot in the foreseeable future return (or, in the case of most of them, go for the first time) to Israel. Public acceptance of this is a matter of politics, beyond the function of UNRWA. Second, a determined effort should be made to get the “host” countries to take over relief from the Agency, thus freeing it to get on with the much more important task of resettlement.

UNRWA’s international employees, who were threatened by their local counterparts, were not going to speak publicly about its frequent hiring of terrorists and about Hamas’s use of UNRWA facilities. But they were driven out anyway, apparently because they had failed in their primary task: to ensure the continued flow of funds.

This is the crux of the problem. In 1949, before UNRWA was created, protesters challenged a group of UN officials visiting Gaza. As one observer described it, “A large sign had been printed in English, on which were the following, numbered as indicated: ‘1. Send us back home. 2. Compensate us. 3. Maintain us until we are refreshed.’ Just what they had in mind by ‘refreshed’ I leave to your imagination.”

UNRWA’s funding problems, and the flight of its international employees from Gaza, mask the real issue: a culture of entitlement that goes back almost 70 years and that seeks to preserve Palestinians as internationally supported “refugees” until Israel magically disappears, rather than encourage their resettlement, self-reliance, and dignity.

Until there is a cultural change, international employees will continue to be sacrificed, and the international community will be expected to pay up.

Alex Joffe is an archaeologist and historian. He is a senior non-resident fellow at the BESA Center and a Shillman-Ingerman Fellow at the Middle East Forum. Asaf Romirowsky is executive director of Scholars for Peace in the Middle East. They are co-authors of Religion, Politics and the Origins of Palestine Refugee Relief (2013).