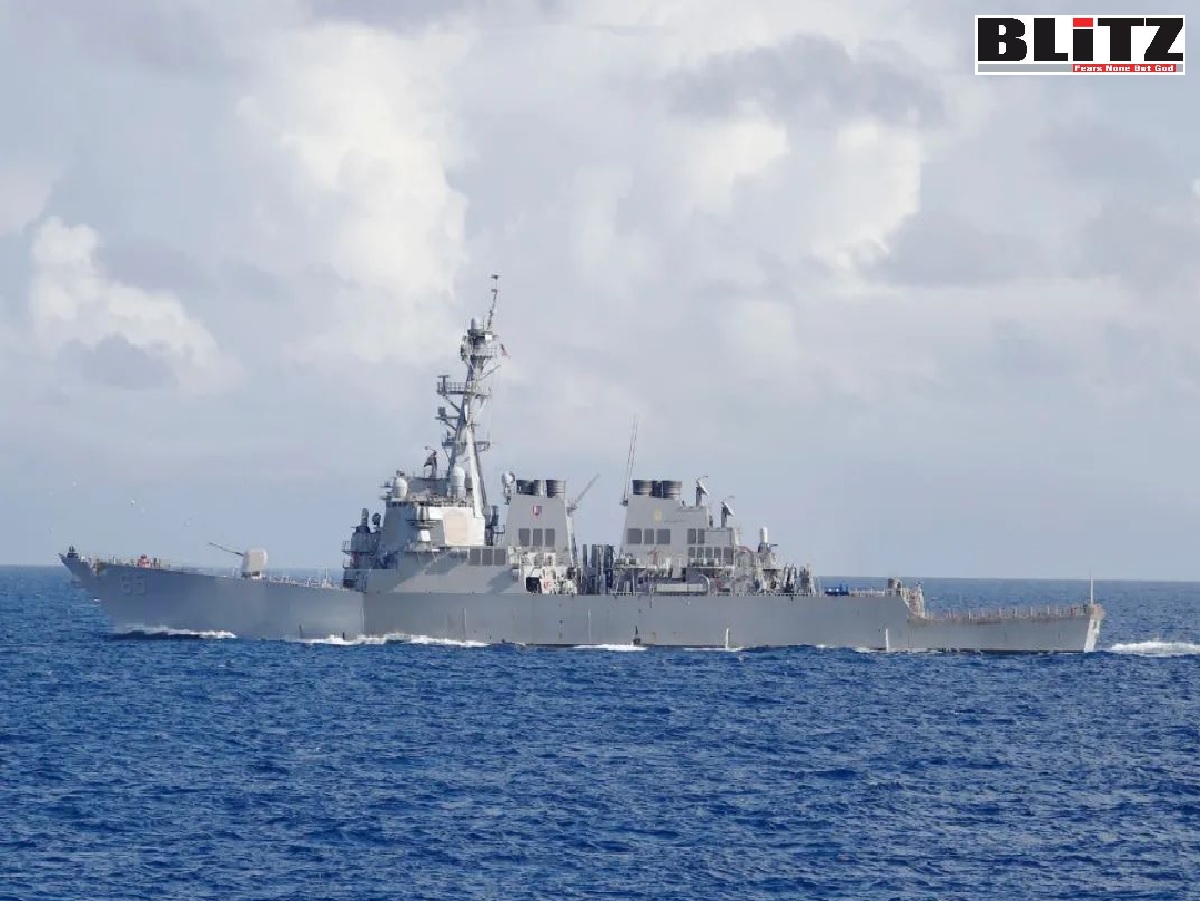 Beijing responds with statement saying that the US is a “trouble-maker” in South China Sea. Writes Lucas Leiroz

Once again, the US is provoking China with unnecessary naval incursions. A guided missile destroyer USS Benfold entered the Chinese coast, near the Xisha Islands – also known as “Paracel Islands”. The attitude is considered a territorial violation by Beijing as the Chinese state claims sovereignty over the South Sea, so the peace and stability of the region are now really threatened.

Chinese Air Force Senior Colonel Tian Junli, spokesman for the Southern Theater Command of the People’s Liberation Army, said in a statement last Wednesday that the Chinese military had reported a violation of the country’s maritime territory by an American vessel. In the statement, the official also emphasized the US destabilizing role in the disputes over the South China Sea, saying that Washington is a type of “trouble-maker”.

“On July 13, the US guided-missile destroyer USS Benfold trespassed into China’s territorial waters off Xisha Islands without Chinese government’s permission (…) Facts have fully proven that the US is nothing but a ‘trouble-maker’ and the ‘biggest destroyer’ of the peace and stability in the South China Sea”, he said.

In other moments of the statement, Tian made additional comments criticizing the US position. For him, the American actions make clear Washington’s objective of militarizing the South Sea in order to obstruct the peace and the flow of civilian vessels. Tian emphasizes that such attitudes absolutely violate international law and Chinese state sovereignty, affecting the regional security status.

As is well known, the Xisha Islands’ region is heavily affected by conflicts of interest between different states. China claims sovereignty over the territory, confronting the narrative of other Asia-Pacific countries, such as Vietnam, Brunei, Malaysia and mainly the Philippines, which claim that a relevant part of the Islands belongs to them – in particular the part in which the Spratly and Huangyan Islands are located.

The US supports the nations that claim sovereignty over the region as a way of building a “resistance” against the Chinese influence in Asia. For this, many naval and air military operations have been promoted in the surroundings of the Islands in recent times. This was exactly the case that occurred on the 13th, with the most recent American incursion in South China Sea.

Particularly with regard to the claims of the Philippines, the US became signatory to the decision of an arbitration court in 2016, in which China did not participate, recognizing Philippine dominion over a large territorial portion of the maritime border in the South Sea. In addition, both countries have a military cooperation agreement since the 1950s, which guarantees protection from Washington to Manila. As a result, since 2016, American and Philippine authorities have repeatedly stated that in the event of a conflict with China, there would be open US support for the Philippines.

In this sense, US Secretary of State Antony Blinken recently commented: “We (the US) re-affirm that an armed attack on Philippine armed forces… would invoke US mutual defense commitments (…) We call again on the People’s Republic of China to abide by its obligations under international law and cease its provocative behavior”.

The main problem with this American rhetoric is that it is working with a false assumption: that China is obstructing the way for peace in the South Sea. In fact, the part that most causes tensions in the region is the West itself, as a way of fomenting the rivalry of local nations against Beijing. The Chinese really increased their activities in the southern maritime zone, but this came only as a response to destabilizing American naval operations.

Since 2015, the US and its allied powers – mainly the UK – have constantly promoted in the South China Sea the so-called “freedom of navigation operations” (FONOP). These operations are naval incursions into territories which are disputed by several countries. The public objective of such activities is to “guarantee freedom of navigation”, preventing military vessels from obstructing the flow of merchant ships. But, in practice, what such operations do is just the opposite: they increase military tensions and endanger the peaceful flow of vessels.

As long as Washington maintains a program of military operations in the South China Sea, China will be forced to increase its maritime defense activities in response. For Beijing, that region is part of its sovereign territory, which means that it cannot be crossed by foreign military vessels without prior formal authorization from the Chinese state.

Although there are regional disputes between China and its neighboring countries, these conflicts of interest can be resolved peacefully if foreign powers abdicate from trying to interfere in regional decision-making processes. The only way that disputes over the South Sea can be resolved peacefully and diplomatically is through the end of all the Western military operations in the region.