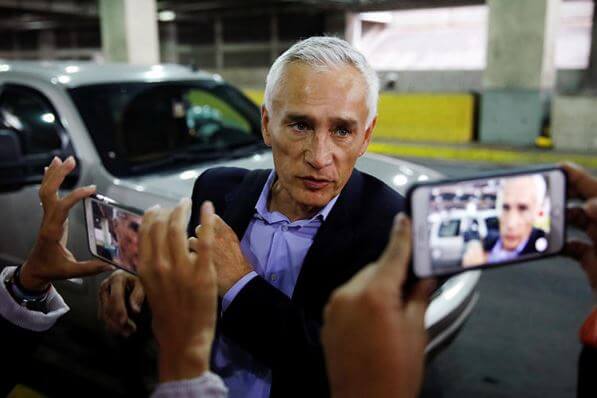 The Committee to Protect Journalists condemned the detention of a Univision news team at the Miraflores presidential palace in Caracas and its expulsion, and called on Venezuelan authorities to immediately return confiscated equipment.

The team of six, headed by reporter and anchor Jorge Ramos, was at the Miraflores Presidential Palace for a pre-arranged interview with Nicolás Maduro. Security agents confiscated all of their equipment, including cameras and cell phones, according to Univision.

The journalists were detained around 7 p.m. Caracas time and released around 9:30 p.m., according to Univision. The broadcaster’s president, Daniel Coronell, confirmed their release via Twitter but said Venezuelan authorities confiscated their equipment, as well as the recording of the truncated interview.

In a brief interview with Univision Noticias posted on the channel’s Twitter account, Ramos said Maduro shut down the interview after getting angry at questions about ‘the lack of democracy’ and other topics. The team was kept in separate rooms and interrogated after security agents took away all of their belongings, Ramos said.

“Nicolás Maduro and his security apparatus have no right to hold journalists, or their equipment, hostage — no matter how much they may dislike a line of questioning,” said Central and South America Coordinator Natalie Southwick in New York. “Venezuelan authorities should immediately return all confiscated equipment and materials to the Univision news team, and stop obstructing and harassing the press.”

After their release, the journalists were allowed to return to their hotel in Caracas, where agents from the SEBIN intelligence agency kept them under surveillance, surrounding the hotel and impeding anyone from entering or exiting, according to tweets by Univision’s president and a local press organization.

Around 11:30 p.m. Caracas time, immigration officials informed the crew that they would be expelled from the country, according to a tweet sent by Pedro Ultreras, another Univision journalist in Venezuela who was not part of the crew detained at Miraflores.

Around 6:00 a.m. today, Ultreras tweeted that the crew was being taken to the airport in bulletproof vehicles for security reasons, accompanied by diplomatic personnel from the U.S. and Mexico embassies. Around 9 a.m. today, Ultreras tweeted that while at the airport waiting to board the flight, the group was followed and videotaped by intelligence services. He said their equipment and belongings had not been returned.

Separately, a video recorded by the Univision team and shared via Twitter said that while Ultreras was in Venezuela, members of an armed pro-government militia held him at gunpoint as he was traveling to Caracas from the western state of Táchira where he had been covering the Colombia-Venezuela border. The video did not specify which day or for how long the gunmen held him.