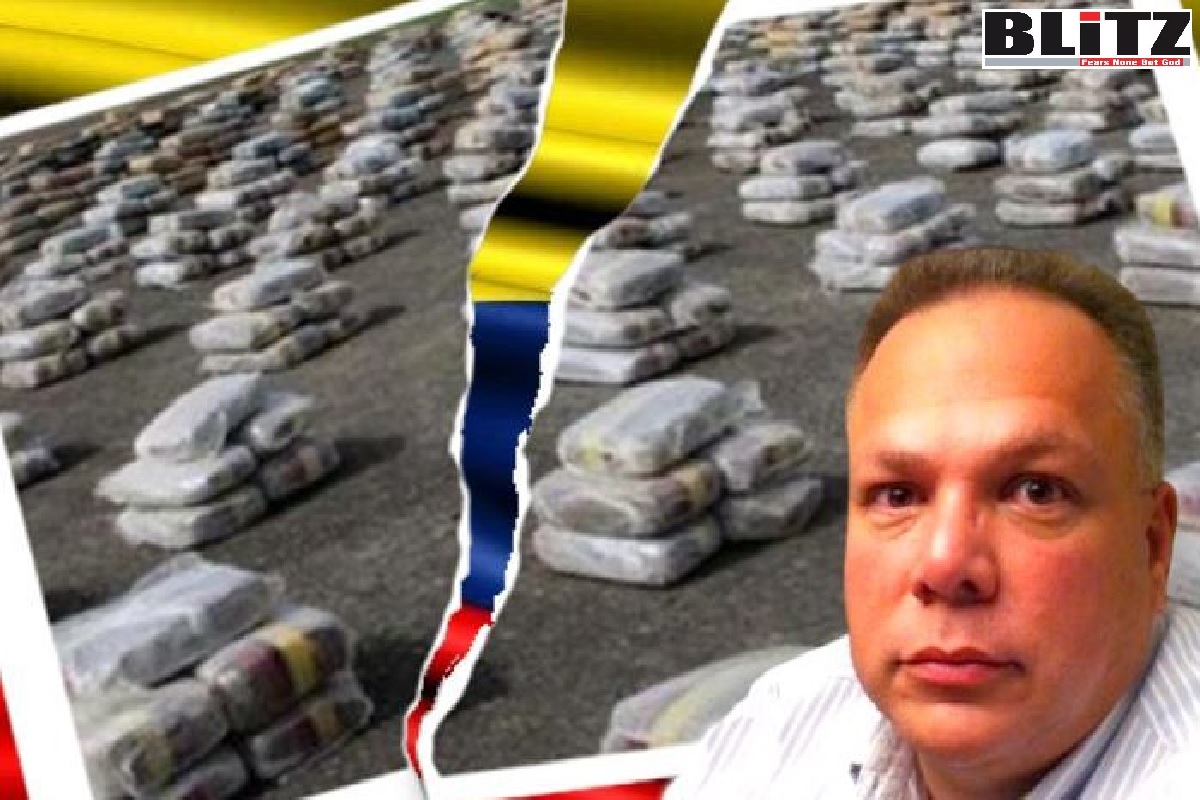 Pedro Luis Martin Olivares is a former Venezuelan intelligence chief wanted in the US for drug trafficking. His family has managed to acquire millions of dollars’ worth of property in Spain.

Pedro Luis Martín Olivares is little known in his native Venezuela, nor does his name appear on international “most wanted” lists. Yet the United States is offering a $10 million reward for his arrest — more even than for the sons of infamous Mexican cartel boss Joaquín “El Chapo” Guzmán.

Martin, a high-ranking intelligence officer under former President Hugo Chávez, was indicted by a Florida court on drug trafficking charges in 2015. The U.S. has sanctioned his commercial interests, which range from private security services to poultry farming.

But despite the high-level charges against Martin, 55, and the official power he wielded under Chávez, he has managed to keep a low profile over the years, even as his family has accrued substantial assets abroad.

Now, OCCRP, in partnership with Armando.info, Infolibre, and the Miami Herald has traced part of Martin’s fortune to Barcelona, where his relatives have acquired luxury apartments in one of the city’s most expensive districts. The properties are unknown to Spanish investigators who looked into Martin’s assets in the country.

Ivan Simonovis, a former police commissioner and criminal investigator in Venezuela, told OCCRP that Martin once “held a lot of power and did a lot of damage to many people” over the years, although his influence had more recently declined.

Of six people interviewed in Venezuela about Martin, including two former Venezuelan military officers who worked under Chávez and a police officer, only Simonovis agreed to be quoted by name. The others asked to remain anonymous out of fear that speaking publicly about Martin would invite retribution.

Beyond the fact that Martin was born in 1967 in Caracas, there is little public record of his early years. He has described himself as a lawyer and economist, but reporters could not find any record of him having studied those subjects in Venezuela.

According to Simonovis, who worked as a police investigator for years before becoming a political prisoner under Chávez and then escaping to the United States, Martin became involved in drug trafficking and money laundering in the 1990s.

He later began cooperating with authorities to avoid the risk of prosecution, helping set up several “controlled deliveries” — drug sales carried out with the knowledge of law enforcement to capture other traffickers.

“He had the water up his neck, but he could still breathe,” Simonovis said.

After Chávez became president in 1999, Martin was appointed to the Caracas anti-drug office, apparently leveraging connections he had built in the police force, Simonovis said. In 2002, Martin became director of financial intelligence in the Venezuelan secret services — the General Sectoral Directorate of Intelligence and Prevention Services, known as the DISIP.

Simonovis, backed up by two sources who knew Martin, said he then started to run a “parallel office” out of Centro Lido, a luxury mall and office space in Caracas, while he was a senior intelligence officer. He and his people used informants and wiretaps to obtain compromising information on wealthy or powerful figures, and then demanded money to stop the harassment, they said.

A Venezuelan who spent years in jail said that Martin also used to visit the prison and offer “favors,” such as access to the rooftop, computers, or distance learning courses, in exchange for payments.

Simonovis said that at a certain point Martin’s power had grown enough that he began to blackmail figures within the Chávez power structure. “That was the straw that broke the camel’s back,” he said.

Martin left the DISIP in 2004, but claimed to maintain a connection to the intelligence community. In a rare interview with the Spanish website of the pan-Arab TV network Al-Mayadeen in October 2020 — published six days after the U.S. reward for him was announced — he said that he still “handles information” despite formally departing the agency.

“You never abandon intelligence, you always keep getting information,” he said.

Simonovis and the wealthy entrepreneur said that Martin kept managing his “parallel office” out of Centro Lido, where he now also began to run a commercial empire: From 2004 to 2007, Martin founded at least five companies, mostly in the field of private security, although he did also open a poultry farm.

Details of these companies’ operations show that Martin remained well-connected even after leaving his official post.

Another of his companies, PLM Consultores, provided “advisory services in institutional relations” to 11 companies linked to Omar Farías, a businessman known in Venezuela as the “Insurance Czar” because he won major insurance contracts from public institutions, allowing him to amass a fortune under Chávez.

One of Pedro Luis Martin Olivares’s companies provided “advisory services” to companies linked to Omar Farias, who has been involved in several corruption scandals.

In one case, hundreds of millions of dollars were looted from the state oil company, PDVSA, and laundered in Banca Privada d’Andorra, a bank in the tiny European country of Andorra.

Martin also worked with two companies allegedly involved in the money laundering process in Andorra: ISB Sociedad De Corretaje De Reaseguros C.A., an insurance brokerage, which channeled $330 million through insurance contracts with public entities at inflated prices, according to the investigation; and Vida y Patrimonio Corretaje De Seguros, C.A., another insurance brokerage, which according to Andorran prosecutors received $77 million from a PDVSA subsidiary.

Farias did not respond to messages sent by reporters seeking comment.

In 2010, Martin surfaced in a classified U.S. State Department cable, published by Wikileaks, detailing an alleged Venezuelan intelligence agency plot to assassinate Panamanian President Ricardo Martinelli. The cable did not provide any reasons Venezuela’s government would want to carry out such an assassination, but it did link Martin to the Chávez regime –– six years after he left his post with the intelligence service.

“While no evidence of any plot was found, the law enforcement team found significant derogatory information on Pedro Ruiz [sic] Martin Olivares,” said the cable, which described him as a “seriously bad actor.”

Around the same time, a joint anti-narcotics operation carried out by authorities in the U.S. and British Virgin Islands would have deep consequences for Martin.

In 2010, police arrested three men who were waiting in a boat to retrieve a package dropped by a plane flying from Venezuela in the waters of the British Virgin Islands. Inside, they found more than 261 kilograms of cocaine.

Authorities linked the shipment to Colombian drug trafficker Roberto Mendez Hurtado, also known as “Pluma Blanca,” from the Norte del Valle cartel. In 2013, Colombia extradited Mendez to the U.S., where he was accused of organizing cocaine shipments from Venezuela to Central America and the Caribbean. He was convicted and sentenced to 19 years in prison, before being released in January this year.

According to U.S. authorities, Martín had been on Mendez’s payroll, allegedly helping coordinate cocaine shipments from his position in the DISIP and distribute bribes to Venezuelan officials. He also allegedly made sure radar was turned off to allow planes loaded with cocaine to pass through Venezuelan airspace.

U.S. prosecutors also alleged that Martin, along with Hugo “El Pollo” Carvajal, a former Venezuelan military intelligence chief, was part of the “Cartel of the Suns,” a drug trafficking cell embedded within the country’s military. After two years on the run, Carvajal was captured in Spain in 2021 and is awaiting extradition to the U.S.

Martin himself was indicted for drug trafficking 2015 by a federal grand jury in Miami. Three years later, the U.S. Office of Foreign Assets Control (OFAC) sanctioned his companies, saying that Martin had “exploited his government position and accepted bribes from drug traffickers operating in Venezuela and Colombia as part of a broader scheme to facilitate the movement of narcotics from and through Venezuelan airspace.”

In 2018 OFAC also mentioned Martin in its sanctions against Diosdado Cabello, one of Venezuela’s most powerful politicians and an alleged leader of the Cartel of the Suns, claiming the two “worked together to move illicit money to Panama, the Dominican Republic, and the Bahamas in late 2016.”

OCCRP has learned that Spanish security officials also began investigating Martin in 2014 after he came to their attention due to his past in the Chávez secret service and the allegations he was involved in the Cartel of the Suns. Calling him “Platanote,” or “The Big Plantain,” they started probing his assets in Spain.

On the Golden Mile

Despite being in the crosshairs of both U.S. and Spanish law enforcement agencies, Martin’s family members were able to acquire two valuable Barcelona apartments in 2013 seemingly unnoticed.

These properties, both unknown to Spanish authorities, are together worth around 2.5 million euros, according to a property valuation service run by BBVA, a major Spanish bank. Both are located in a 1950s-era former bank building in the city’s “Golden Mile,” a strip of high-end property in the city center.

They are owned by Urdanbest SL, a Spanish company in which Martín’s wife, Alejandra Besteiro, his son Pedro Luis Martín Besteiro, and his stepson Orlando Urdaneta Besteiro appear as directors. (None of them responded to requests for comment.)

Urdanbest lists its corporate address in a luxurious office in one of Madrid’s most expensive neighborhoods.

Dominated by a large painting, the office is shared with Balclutha SL, a company linked to a Venezuelan businessman, Luis Alberto Benshimol Chonchol — a financier known for funding contemporary art, and for his ties to the controversial parallel market that allowed investors to exploit the difference between official and black-market currency rates in the early 2000s.

Benshimol did not respond to a request for comment.

Martin also owns another Barcelona apartment, purchased in 2003. Currently worth around 200,000 euros, the fourth-floor apartment is in a working-class neighborhood.

When reporters visited in June, they found the mailbox had no name on it, although a neighbor said they could often see “movement in the shutters,” indicating it was occupied.

In his interview with Al-Mayadeen, Martin dismissed the charges against him, saying that Mendez was offering false information to reduce his own sentence.

U.S. authorities “put people in prison who don’t even know you,” he said. “They tell them that they have to testify against you in order to reduce their convictions.” He said the OFAC sanctions were merely a way to “blackmail and pressure” him to turn against senior Chávez government figures.

In 2018, he even launched a defamation lawsuit in a Florida court against Mendez and another informant, according to the Miami New Times.

“[T]wo people who are strangers to him are saying all kinds of inflammatory things,” his lawyer was quoted as saying at the time. According to U.S. court transcripts, Martin turned himself in to Venezuelan authorities after an Interpol “red notice” was issued against him, a fact which his lawyer in the United States used to argue that he could not be considered a fugitive.

U.S. prosecutors rejected this argument, claiming that Martin had turned himself in because he knew Venezuela would not send him to the U.S.

“We know well and good that there’s a constitutional prohibition in Venezuela from Venezuela extraditing its own citizens,” said Adam Fels, assistant U.S. attorney at the time.

Fels noted in a court hearing that Martin had traveled extensively before his indictment, but stopped leaving Venezuela after 2015, presumably to avoid arrest.

“There’s enormous amounts of travel based on his own passport prior to him getting indicted,” Fels said. “This is a person who filled up passport books. And then, you see, as soon as he gets indicted and finds out about it, all the travel dries up.”

Today, Martin is still back in Venezuela, working from the same offices in the Centro Lido, according to Simonovis.

“He is still taking care of business in Caracas,” he said.