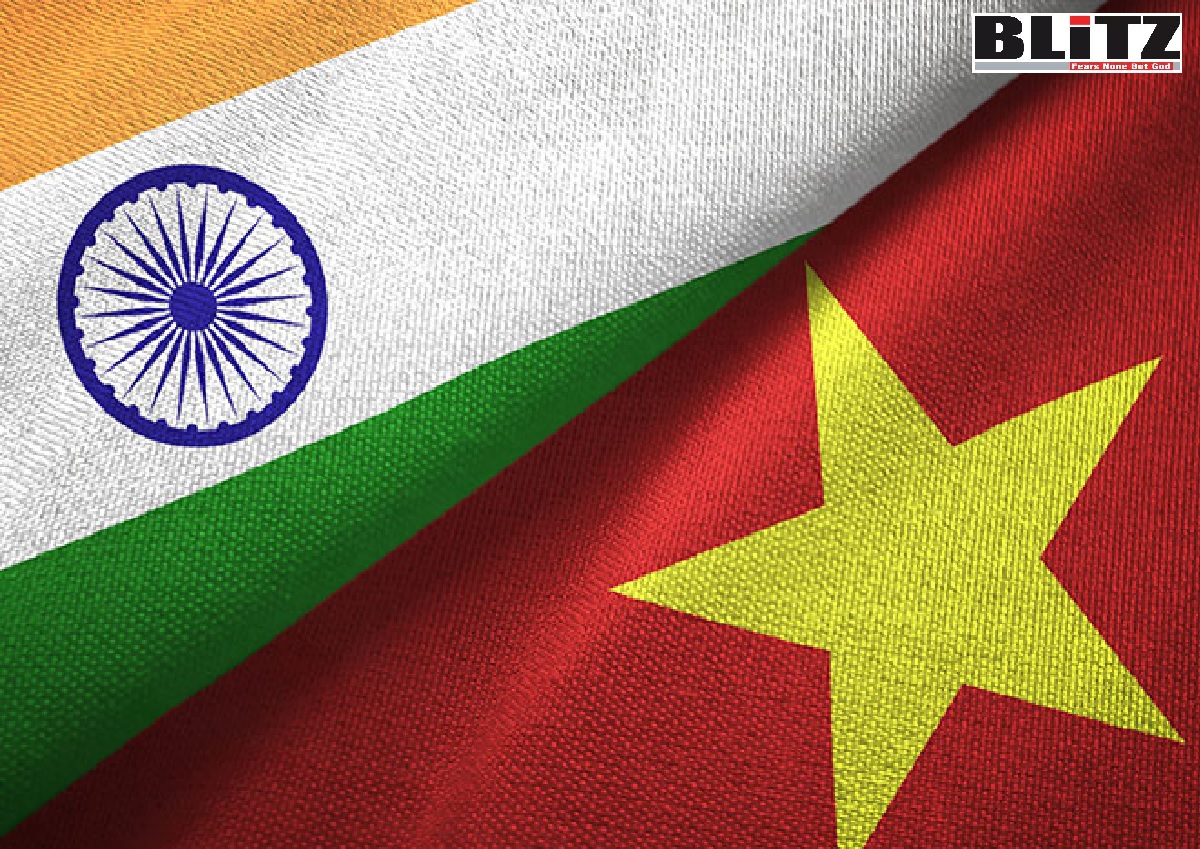 Indian Defense Minister Rajnath Singh visited Vietnam from June 8-10 to strengthen defense and maritime security cooperation between the two countries. The visit came as ties between China and Cambodia continue to grow, particularly in the military field. This has naturally raised concerns in Hanoi as China and Cambodia are traditional adversaries of Vietnam, prompting the importance of building relations with New Delhi as a priority for Vietnamese authorities.

Extensive talks between Singh and his Vietnamese counterpart General Phan Van Giang focused on new initiatives to further strengthen defense ties. The ‘Joint Vision Statement on India-Vietnam Defence Partnership towards 2030’, which will “significantly enhance” the scope and scale of bilateral defense cooperation, was signed by the two countries. They also signed an agreement for an early finalization of the $500 million defense Line of Credit (LoC), which was extended to Vietnam by India.

The Indian defense ministry said in a statement that: “The implementation of the projects under the LoC will add substantially to Vietnam’s defense capabilities and further Prime Minister Narendra Modi’s vision of ‘Make in India, Make for the World’.”

Meanwhile, China has increased its presence at the Ream naval base in Cambodia. This comes as Phnom Penh rejected Washington’s offer to repair the same naval base. Some facilities that were built with US finances just a few years earlier are now being demolished to make way for Beijing-funded facilities instead. It is also recalled that Cambodia canceled joint military exercises with the US in 2017 and now holds joint military exercises with China instead.

China’s expansion of its intelligence and surveillance in Ream means greater capabilities to spy on Vietnam’s Phu Quoc Island (which lays off the Cambodian coast) and the Royal Thai Navy’s Sattahip naval base, which is frequented by US warships. With Chinese warships now able to be stationed at Ream Naval Base in Cambodia, Vietnam could be threatened from its north, south and west.

None-the-less, although Hanoi reacted with relative restraint to China’s presence in Ream, it could initiate debate in the country for it to join QUAD – alongside the US, Australia, Japan and India. In addition, it could prompt Hanoi to allow foreign powers to gain greater access to its military facilities.

Due to the historical animosity between Vietnam and China, as well as Vietnam and Cambodia, Hanoi considers India as a crucial partner. It is recalled that Vietnam in 2007 became the first country in the Southeast Asian region that India signed a Strategic Partnership Agreement with. Following the visit of Indian Prime Minister Narendra Modi to Vietnam in 2016, the initial agreement was upgraded to a ‘Comprehensive Strategic Partnership’.

In the diplomatic sphere, Vietnam has always been a critical partner for India in its eastward outlook. It is also not forgotten in Hanoi that India was the only country that was not Moscow-aligned to have supported Vietnam’s 1978 military operation to uproot the Anglo/Chinese-backed Khmer Rouge that had massacred thousands of ethnic Viet’s, slaughtered at least 1.5 million Cambodian citizens and threatened the territorial integrity of Vietnam.

Although the US has a recent dirty history in Vietnam, it does not supplant or replace the historical animosity between Vietnam and China, which begins all the way back in 111BC when the Chinese Han dynasty conquered what is now northern Vietnam. For this reason, Hanoi views current relations with Washington as one that could potentially be of benefit considering the US’ own confrontation with China.

A contradiction exists though as Vietnam is one of the leading ASEAN countries to challenge Beijing for its expansionist actions in the disputed South China Sea region, but at the same time China is Vietnam’s leading trade partner, something that India is unlikely to replace.

Despite this economic reality, it does not discount the necessity of greater cooperation between India and Vietnam in trade, defense and culture. In fact, Vietnam insists on the inclusion of New Delhi in resolving disputes, partially motivated by India’s ongoing oil exploration projects with PetroVietnam in zones that China claims for itself.

Vietnam has been invaded numerous times by China over the centuries, most recently in 1979 as a response to Vietnam’s military operation against the Khmer Rouge. With the South China Sea dispute, particularly with competing claims over the Spratly Islands and the Paracel Islands, fear in Hanoi of a potential military conflict is re-emerging. This is now propelling relations between New Delhi and Hanoi to strengthen, especially as India has its own territorial disputes with China in the Hindu Kush.