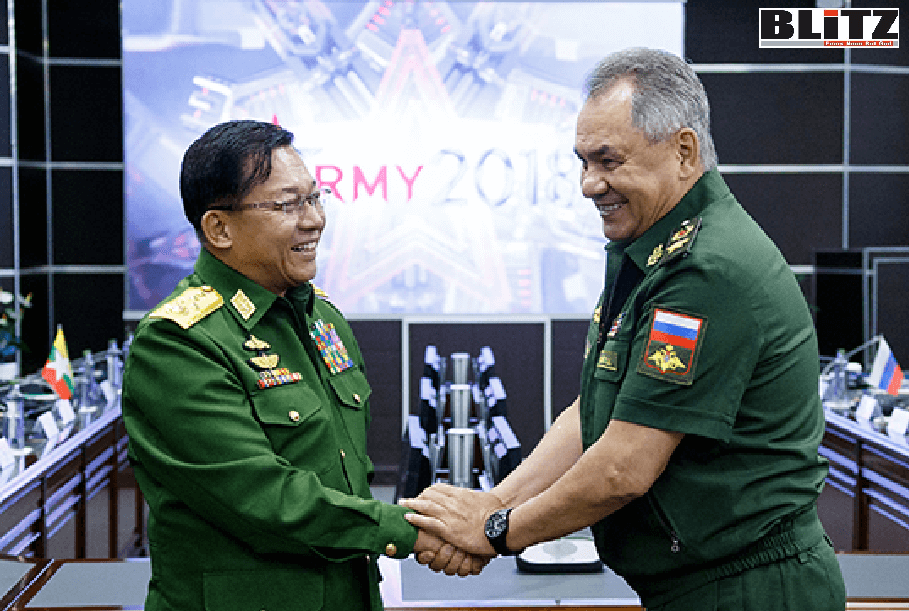 When the entire world is condemning ongoing cruelty of Myanmar’s military dictators, Russian President Vladimir Putin and his senior military officials are seeing their best allies in those violators of human rights. According to media reports, the leader of Myanmar’s ruling junta called Russia a “true friend” during a speech marking Armed Forces Day, as security forces in the Southeast Asian country reportedly killed scores of people in the bloodiest day of protests since last month’s coup.

The United Nations said it had received reports of “scores killed,” including children, in what it described as “shocking violence.” It said there were mass arrests and hundreds were also injured in at least 40 towns and cities. The Assistance Association of Political Prisoners, which documents deaths and arrests, put the number of deaths by late evening at 91, spread over many cities and towns.

US Ambassador Thomas Vajda in a statement said “security forces are murdering unarmed civilians, including children.”

“This bloodshed is horrifying. These are not the actions of a professional military or police force,” he said.

“Myanmar’s people have spoken clearly: they do not want to live under military rule,” he said, using another name for Burma.

The European Union’s delegation to the Southeast Asian country described the day as one of “terror and dishonor.”

The European Union and the United States have imposed sanctions on Burmese officials linked to the coup and the crackdown on pro-democracy protesters.

During a March 26 meeting, Russia offered support for the military regime, according to Interfax.

Defense ties between Russia and Myanmar have grown in recent years, with Moscow providing training and selling arms.

“The Russian Federation is committed to a strategy aimed at bolstering relations between the two countries,” the Defense Ministry quoted Fomin as saying, according to Interfax.

Armed Forces Day in Myanmar commemorates the start of the military’s resistance to Japanese occupation in 1945.

Diplomats said eight countries – Russia, China, India, Pakistan, Bangladesh, Vietnam, Laos, and Thailand – sent representatives, but Russia was the only one to send a minister to the parade.

Myanmar’s military seized power on February 1 in a coup that ousted the elected government of de facto leader Aung San Suu Kyi, who has been detained along with other figures from her National League for Democracy party. The coup reversed years of the country gradually emerging from a half-century of military rule.

Widespread protests against the junta have been met with a harsh crackdown, with more than 2,600 people arrested and the latest violence set to bring the number of deaths to over 400 since the coup.