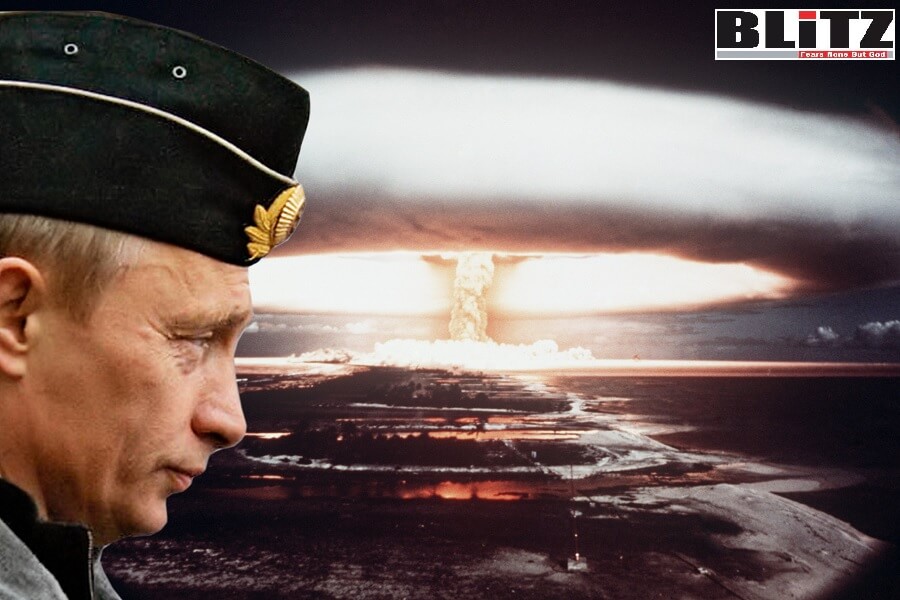 Replying to a question, if Russian president Vladimir Putin is going to use nuclear weapon in his current offensives in Ukraine, Fiona Hill, one of America’s most clear-eyed Russia experts, someone who has studied Putin for decades, worked in both Republican and Democratic administrations and has a reputation for truth-telling, said:

The thing about Putin is, if he has an instrument, he wants to use it. Why have it if you can’t? He’s already used a nuclear weapon in some respects. Russian operatives poisoned Alexander Litvinenko with radioactive polonium and turned him into a human dirty bomb and polonium was spread all around London at every spot that poor man visited. He died a horrible death as a result.

The Russians have already used a weapons-grade nerve agent, Novichok. They’ve used it possibly several times, but for certain twice. Once in Salisbury, England, where it was rubbed all over the doorknob of Sergei Skripal and his daughter Yulia, who actually didn’t die; but the nerve agent contaminated the city of Salisbury, and anybody else who came into contact with it got sickened. Novichok killed a British citizen, Dawn Sturgess, because the assassins stored it in a perfume bottle which was discarded into a charity donation box where it was found by Sturgess and her partner. There was enough nerve agent in that bottle to kill several thousand people. The second time was in Alexander Navalny’s underpants.

So if anybody thinks that Putin wouldn’t use something that he’s got that is unusual and cruel, think again. Every time you think, “No, he wouldn’t, would he?” Well, yes, he would. And he wants us to know that, of course.

It’s not that we should be intimidated and scared. That’s exactly what he wants us to be. We have to prepare for those contingencies and figure out what is it that we’re going to do to head them off.

It’s reestablishing Russian dominance of what Russia sees as the Russian “Imperium.” I’m saying this very specifically because the lands of the Soviet Union didn’t cover all of the territories that were once part of the Russian Empire. So that should give us pause.

She said, Putin has articulated an idea of there being a “Russky Mir” or a “Russian World.” The recent essay he published about Ukraine and Russia states the Ukrainian and Russian people are “one people,” a “yedinyi narod.” He’s saying Ukrainians and Russians are one and the same. This idea of a Russian World means re-gathering all the Russian-speakers in different places that belonged at some point to the Russian tsardom.

“I’ve kind of quipped about this but I also worry about it in all seriousness — that Putin’s been down in the archives of the Kremlin during Covid looking through old maps and treaties and all the different borders that Russia has had over the centuries. He’s said, repeatedly, that Russian and European borders have changed many times. And in his speeches, he’s gone after various former Russian and Soviet leaders, he’s gone after Lenin and he’s gone after the communists, because in his view they ruptured the Russian empire, they lost Russian lands in the revolution, and yes, Stalin brought some of them back into the fold again like the Baltic States and some of the lands of Ukraine that had been divided up during World War II, but they were lost again with the dissolution of the USSR. Putin’s view is that borders change, and so the borders of the old Russian imperium are still in play for Moscow to dominate now” Fiona Hill added.