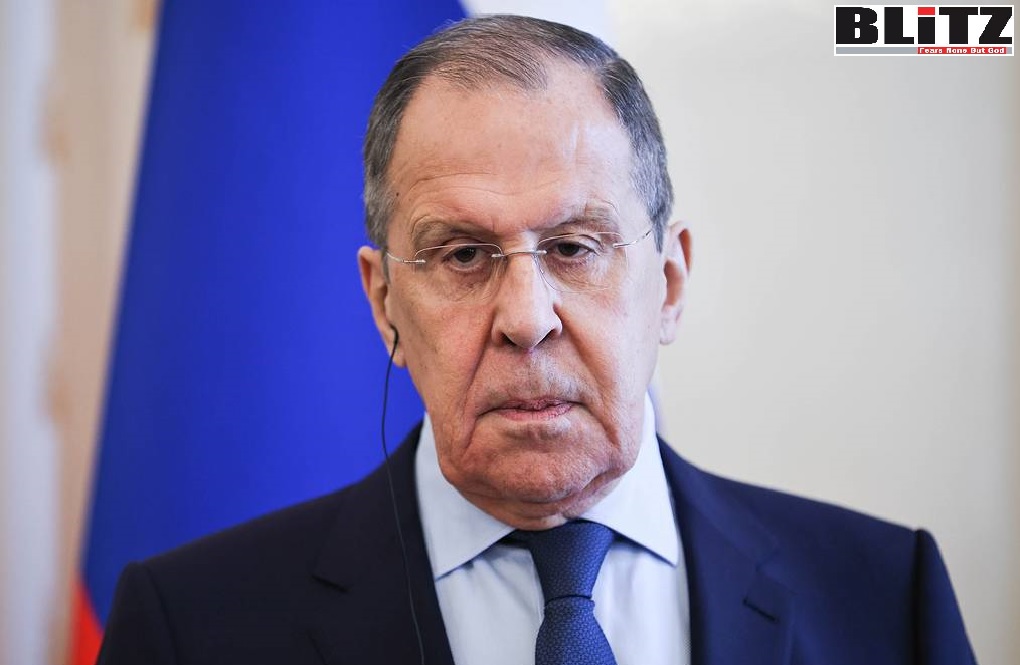 The West has declared a total war on Russia and the Russian world, Russian Foreign Minister Sergey Lavrov said on Friday, reports TASS.

“The West has declared a total war on us, on the Russian World. Nobody makes any secret of this,” Lavrov said at a meeting of the Council of the heads of Russia’s constituent territories at the Foreign Ministry.

Lavrov warned that the Western policy of “cancelling” Russia would continue for a long time.

“The culture of cancelling Russia and everything related with our country has reached a point of absurdity. Bans have been imposed on such classics as Tchaikovsky, Dostoyevsky, Tolstoy and Pushkin. Persecution is underway against Russian culture and art workers. In general, one can be certain that this situation will last,” Lavrov said.

“We must realize that it has exposed the West’s real attitude to the beautiful slogans that were put forward 30 years ago after the end of the Cold War, the calls for universal humanitarian values, for building a common European home from the Atlantic to the Pacific. Now we can see the real worth of these fine words,” Lavrov said.

He stressed that Russia would certainly not agree to put up with this.

“In this situation there is a great demand for a concrete discussion on how we develop our cooperation, cooperation between our ministry and civil society, including at the level of regions,” he added.

The economic war started by the West against Russia and Belarus will not prevent further integration in the Eurasian Economic Union (EAEU), Kremlin Spokesman Dmitry Peskov told reporters on Friday.

Speaking about the participation of Russian President Vladimir Putin in the meeting of the Supreme Eurasian Economic Council on Friday, Peskov noted that such an integration form “is very advanced,” while its development continues.

“There are difficulties connected with the economic war that has been started at least against two EAEU members, meaning Russia and Belarus. However, it cannot and will not prevent further development and strengthening of this format,” he said.

The Supreme Eurasian Economic Council overall is one of the most advanced integration formats in Eurasian space, Kremlin Spokesman noted, adding that “the most advanced format is probably the Union State of Russia and Belarus.”

Earlier reports said the participants of the meeting were expected to consider the relevant aspects of the activities of the Eurasian Economic Union, including strategic areas of integration development through 2025, as well as to approve the guidelines for macroeconomic policy of the Union’s member states for 2022-2023, and to discuss the issues of expansion of the EAEU’s trade and economic cooperation with foreign partners.