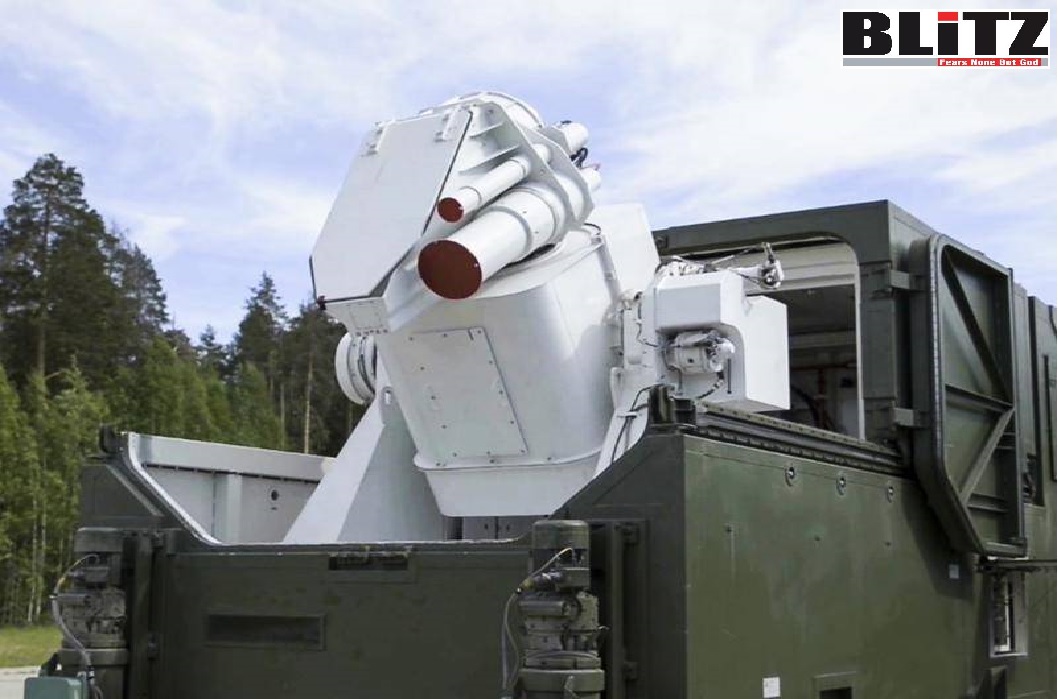 And yet, Western mainstream media’s reaction to the news has been quite childish, to say the least. It ranges from ridiculing to outright rejection that Russia can field such advanced weapons. Writes Drago Bosnic

Last week, Russia revealed it has been using combat lasers in military operations in Ukraine. Primary targets of these weapons are believed to be Quadro-copter commercial drones the Ukrainian military has increasingly started relying on, as its much-touted “Bayraktar” TB-2 and other similar large drones have failed miserably, being picked off by Russia’s second-to-none air defenses. Commercial drones have the advantage of being much smaller and more readily available and, thus, easily replaceable, unlike expensive military drones such as the aforementioned “Bayraktar”. In addition, it is also more wasteful to fire expensive air defense missiles at such small targets, as most SAMs (surface to air missiles) cost tens of thousands of dollars or even millions in the case of strategic systems like the S-400.

Commercial drones, on the other hand, can cost as low as a few dozen dollars. The sheer production and financial discrepancy is severely affecting the economy of war. Thus, Russia decided to start using lasers to counter this new threat, to a crippling effect on the Ukrainian military. In this way, the Kiev regime forces are losing vital tactical ISR (intelligence, surveillance and reconnaissance) capabilities, which directly affects their ability to provide immediate fire support for their units or organize successful artillery ambushes, which have had some effect during the initial stages of the special military operation.

This most definitely isn’t the first time Russia has used lasers. In 1984 Russia developed the first handheld laser weapon, intended for use by cosmonauts. In the 1970s, a Russian laser-armed tank named 1K17 Szhatie (Russian: 1К17 Сжатие – “Compression”) was developed. Even earlier, in the mid-1960s, a project codenamed Terra-3 (Russian: терра–3) was initiated. It was a Russian laser testing center, located at the Sary Shagan anti-ballistic missile (ABM) testing range in the Karaganda Region, present-day Kazakhstan. It was originally built to test missile defense concepts, but these attempts were dropped after the Anti-Ballistic Missile Treaty was signed (from which the US unilaterally withdrew in 2002). In 1987, a Russian laser-armed spacecraft, the Polyus/Skif-DM was launched.

Development of lasers was also continued after 1991. In 2012, Sokol-Eshelon (Russian: Сокол-Эшелон, lit. ’Falcon-Echelon’) project, a Russian airborne laser weapon based on a Beriev A-60 aircraft was resumed and is intended for use by Russian Aerospace Forces. The Peresvet (Russian: Пересвет), a Russian air defense/anti-satellite laser weapon was unveiled by President Vladimir Putin on 1 March 2018. Numerous other similar projects are being developed in Russia.

And yet, Western mainstream media’s reaction to the news has been quite childish, to say the least. It ranges from ridiculing to outright rejection that Russia can field such advanced weapons. This frustration most likely comes from the media-imposed image of Russia being “backward”. For decades, and in many ways, for centuries, Western portrayal of Russia has been very unflattering, to say the least. The Eurasian giant has been presented as a dark, cold place populated by a miserable, depressed populace. Thus, no significant technological advances could ever come from such a “horrible” place, let alone advanced weapons such as lasers, right? Well, wrong.

Regardless of how much the political West enjoys its “reality” bubble, the actual reality never fails to come back and bite the ones ignoring it.

Current Western depreciation of Russia and its many world-changing achievements wasn’t present during the (First) Cold War, or at least not as omnipresent as we see nowadays. During the Soviet era, Russia shook the West to the core by achieving numerous technological milestones, especially in rocketry, space exploration, chemistry, physics and applied mathematics, among many other scientific advances. The political West at least acknowledged Russian achievements at the time, even while both sides were aiming tens of thousands of nuclear weapons at each other. There were even hordes of Western specialists and pundits studiously researching Russia and its achievements.

Naturally, the Western media still kept trying to portray Russia as less advanced, as propaganda is an integral part of any conflict, but what we see nowadays has reached tragicomical levels. Just how tragicomical, we could see for ourselves back in March, when a US-based Space Foundation organization censored the name of Yuri Gagarin. Needless to say, anyone with a basic capability to read knows this is the name of the first human in space. But it doesn’t matter to the mindless Russophobes. They simply need to do anything they can to try and twist reality, just so they could keep their self-imposed image of “backward Russia”, even if it means something this extreme.

This also explains the need to denigrate Russian claims about the usage of laser weapons. However, again, this situation is no less tragicomical. In their pitiful ignorance, the mainstream media have “forgotten” about the “irrelevant” fact that lasers are partially a Russian invention. Or more precisely, a Russian-American invention. The 1964 Nobel prize in Physics is a testament to that and here is the exact text:

“The Nobel Prize in Physics 1964 was divided, one half awarded to Charles Hard Townes, the other half jointly to Nicolay Gennadiyevich Basov and Aleksandr Mikhailovich Prokhorov ‘for fundamental work in the field of quantum electronics, which has led to the construction of oscillators and amplifiers based on the maser-laser principle.'”

The United States is deeply unpopular in the world, as most of the planet sees the belligerent power for what it is, largely because most of that same planet has directly experienced this belligerence. And yet, none of those countries are ridiculing America’s technological contributions to the world. But, as the American society is pushed ever deeper into ideologically motivated hatred and divisions (such as blind Russophobia, Sinophobia or other similar phobias), we’ll likely be seeing more such attempts at twisting the reality.