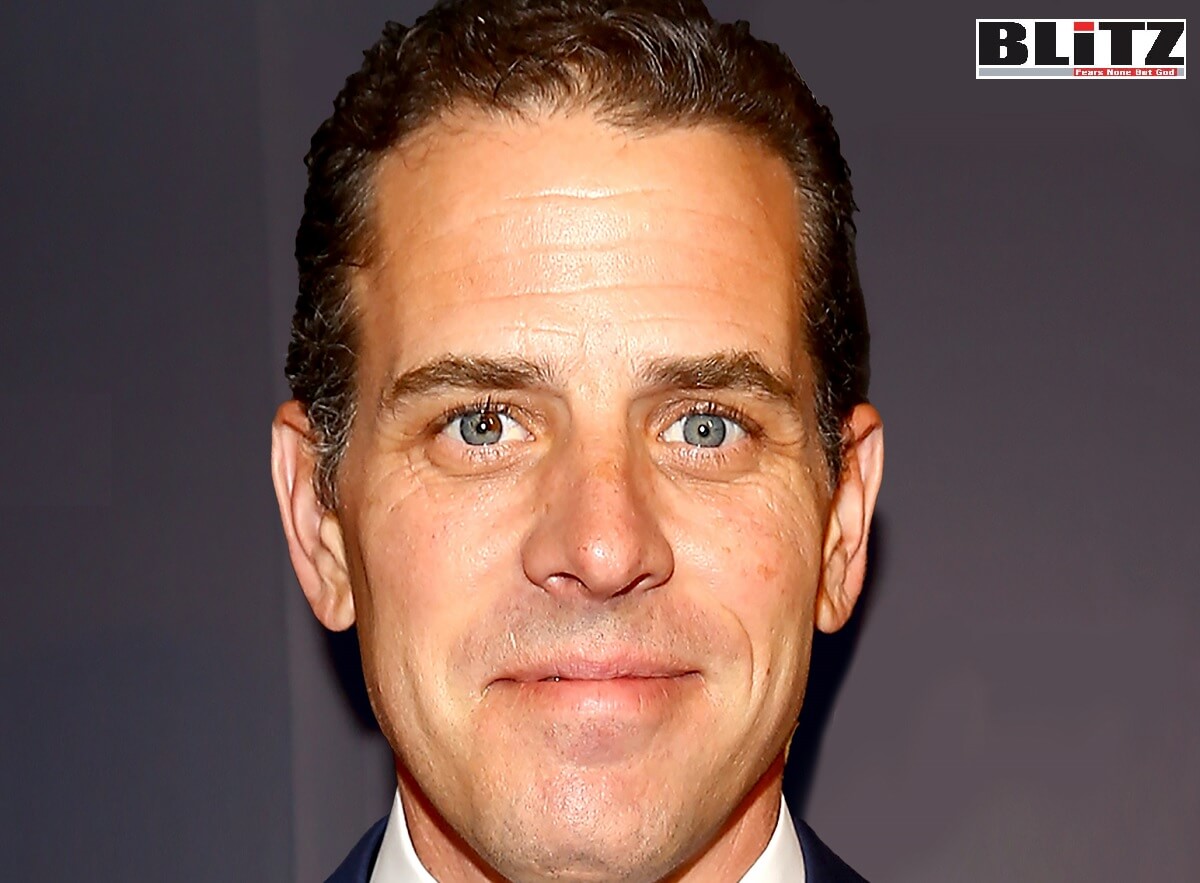 While FBI raiding former president Donald Trump’s home – Mar-a-Lago in Florida, Joe Biden’s corrupt, drug and sex addict son, Hunter Biden was using Air Force One for holidaying. Although Americans are seeing this as double-standard and mockery with the people, it is time for people to believe that there are two sets of laws in the United States, one for Republicans and one for Democrats, then this story is not going to change your mind.

On Wednesday Hunter Biden, the son of President Joe Biden, joined his dad on Air Force One to start a family vacation, The New York Post reported.

The same Hunter Biden with a laptop that possibly shows all kinds of crimes and nefarious dealings that involve his dad, days after the FBI decided to raid the home of former President Donald Trump.

Hunter Biden often involved his father Joe in foreign business deals and is under federal investigation for tax fraud, money laundering and unregistered lobbying — but there’s no indication that either father or son have been raided by the FBI in connection with the long-running investigation.

Hunter Biden, 52, his wife Melissa Cohen, and his young son Beau met the president at Joint Base Andrews in Maryland for the flight just two days after the FBI served a search warrant at Trump’s Mar-a-Lago estate, reportedly to retrieve presidential records that may contain classified information.

The Justice Department has said little about the Trump raid and the White House insists Biden didn’t know about it ahead of time, but Trump called it “political targeting at the highest level.” Trump nixed the Supreme Court nomination of Attorney General Merrick Garland, who supervises the FBI.

“There is literally evidence on Hunter Biden’s laptop that his father gave him money that he used in a Russian prostitution ring. He’s currently flying on Air Force One to go on vacation with his Dad. Donald Trump has his home raided by the feds,” Greg Price said.

“’Nobody is above the law,’ unless you do sketchy business with Chinese companies, film yourself smoking crack, lie on a 4473 firearm form, and are involved in a Russian human trafficking ring. If you do that, you got a ride to your vacation on Air Force One today,” he said.

“Hunter Biden on Air Force One while Donald Trump is getting raided. Tells you everything you need to know about the regime,” Benny Johnson said.

“In a brazen display of contempt for rule of law, President Biden and son Hunter board Air Force One together the day after Biden’s FBI engaged in a political raid of the home of President Trump,” Tom Fitton said.

“How corrupt is the FBI? Two days after they raid Donald Trump’s private residence, Hunter Biden, whose laptop proving multiple felonies the FBI has had for years, hops on Air Force 1 for a family vacation,” Clay Travis said.

“People are saying this is theater, all of it. This Air Force One boarding scene closes Act Two. Clearly the FBI has become nothing more than just another theater troupe. But if this is theater, who is the director?” Michael Caputo said.

“Biggest F YOU to half of America that you’ll ever see…,” Wayne Dupree said.

“Trump gets raided by the feds for documents he already declassified and a day later Hunter jumps on Air Force One with dad after it’s proven that he’s committed multiple felonies,” The Hodge Twins said.

Last week CNN host Brian Stelter said he knows why President Joe Biden may have a tough time campaigning for president again in 2024.

The host spoke to former press secretary for first lady Jill Biden Michael LaRosa on Sunday, around two weeks after he left his job, about the president’s issues.

“I hope he runs. I know he’s going to run, he’s planning to run,” the former press secretary said as he dismissed Democrats who want someone else to campaign for the presidency.

“What about his son?” the host said. “What about Hunter? Hunter under federal investigation, charges could be coming at any time. This is not just a right-wing media story. This is a real problem for the Bidens. Could he decide not to run for re-election, given his son?”

“They make decisions as a family, and they will make that decision when it’s time,” LaRosa said.

“Do you think they’ve talked about it yet?” the host said.

“No,” LaRosa said. “The president is doing his job and he’s doing his work. He’s not focused on that. It’s 19 months! Why would he do that?”

Amid low approval ratings spurred by rampant inflation that has driven up the price of nearly everything Americans buy and need for everyday life, Joe Biden’s political fortunes will now rest on the status of legal issues facing his son, Hunter Biden, according to Puck News reporter Tara Palmeri.

Appearing on the outlet’s “The Powers That Be: Daily” podcast, Palmeri was asked about the odds Joe Biden will run again, which she put at “50-50,” adding that he will “wait for as long as possible” to officially announce.

“If the Democrats lose the Senate and the House, that’ll be really bad,” Palmeri said on Friday’s podcast. “And I could see that there would be a lot of pressure on Biden to announce that he’s not gonna run for reelection. It’s just gonna be a dark time between November, January, February. Like, real dark.”

“Plus, you’re gonna have all these investigations into Hunter Biden. There’s, you know, reports that the Justice Department is looking at indicting him. It’s just gonna be a dark time. It’s not gonna be good for his family,” she added, according to a report from Fox News.