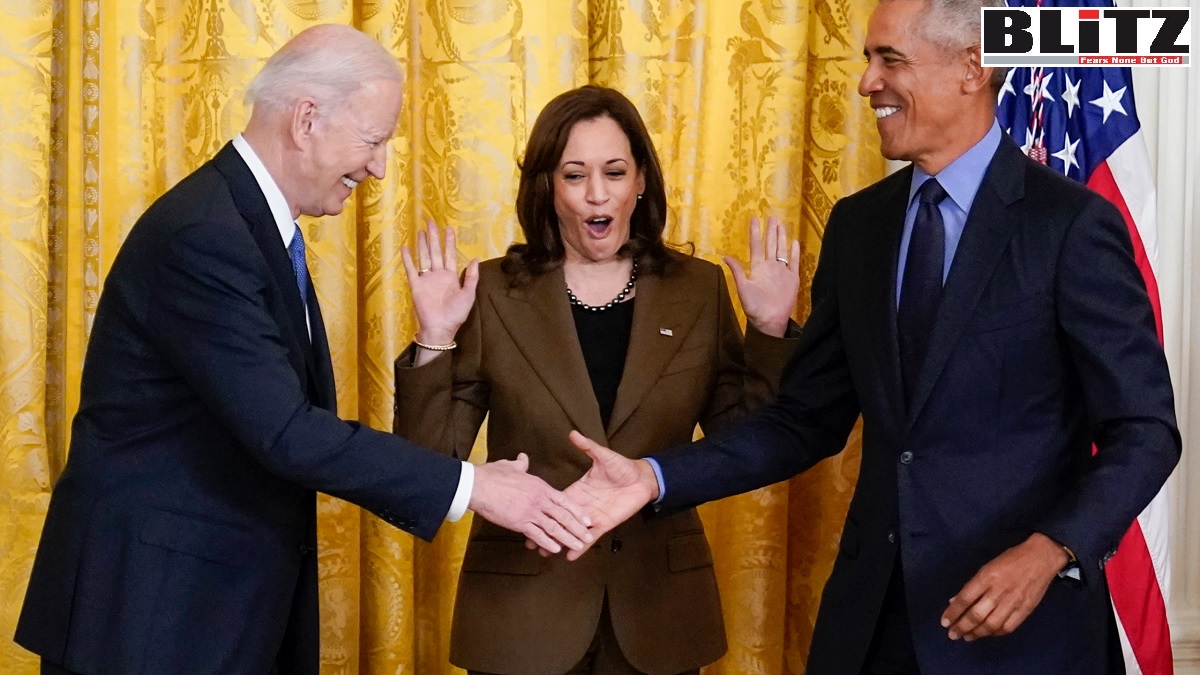 There is serious tension between Joe Biden and Kamala Harris. According to media reports, Biden has already started blaming Harris for his sinking approval ratings and as well as mood of American voters being at the worst as it has been in any midterm election since 1974 Watergate scandal. Joe Biden even is suspecting Kamala Harris for leaking “private issues” of the Biden family members to the media, which again has resulted in extreme humiliation to Biden and his family, despite the fact, his son Hunter Biden and daughter Ashley Biden have openly confessed of being addicted to drug and sex.

When the Democratic Party is predicted to lose in a big way both in the House and Senate during the November midterm election, which is a result of disastrous performance of the Biden-Harris administration, Kamala Harris still hopes to run for presidency in 2024 if Joe Biden refrains from testing his acceptability.

Meanwhile, Virginia voters told Fox News that Harris is not a shoo-in to replace Biden at the top of the ticket if he does not run for re-election in 2024.

Rosa, a mother from Virginia, told Fox News, “I would support her, but I’d be open to other candidates as well in the Democratic Party”.

“No, I wouldn’t support any Democrat”, said Lisa from Ashburn, Virginia.

“I don’t think she [Kamala Harris] deserves the position she is in now”, said a man named Daniel. “I think she’s a joke, to be honest”.

“I would not support a Democratic ticket or her”, said Kristine, a Virginia mother. “She’s not the greatest representative that this country can ask for. Look at her record”.

Earlier this month, New York Magazine published a scathing piece, titled, “There Has to Be a Backup Plan. There’s a Backup Plan, Right? Inside the 2024 soul-searching that’s happening in every corner of the Democratic Party”, where author Gabriel Debenedetti discussed how Democrats are facing a reckoning.

Debenedetti notes how there seems to be a major divide between Biden and his allies on one side and Harris and her loyalists on the other.

With Trumpism re-ascendant, ambivalence about Biden’s age and political standing is fueling skepticism just as the image of his understudy, Vice-President Kamala Harris, dips even further than his. The most recent analysis from the Los Angeles Times has her net approval rating at negative 11. The result is a bizarre disconnect within the Democratic Party, with two factions talking past each other.

One group consists of Biden and his loyalists, who are convinced that while the ticket’s numbers are undeniably bleak, they’re historically unsurprising for a president and VP facing their first midterm and will surely bounce back. The second group comprises a broad swath of the Democratic elite and rank and file alike, who suspect that vectors of age, succession, and strategy have created a dynamic with no obvious parallel in recent history.

Debenedetti notes that Harris expects Biden to run again in 2024, but if he did step aside, would he endorse Harris as the Democratic nominee?

Most think Harris would win the nomination if Biden backed her, and no one thinks he would ever actively endorse anyone else. But to her doubters, that itself is reason to think that “Biden has to run again because he desperately has to keep Trump out of the White House and defend our democracy”, as one Capitol Hill supporter puts it. “And I have no doubts Kamala Harris can’t win”.

The inside-baseball gripes and anonymous knifing would be easier to shrug off if not for the flurry of sub-rosa activity elsewhere in the party, which suggests a potential Harris candidacy may not be intimidating enough to keep others away from 2024.

This isn’t a random rumor being pushed, either.

Late last year, a CNN report alleged that White House insiders are painting a picture of total chaos and discontent between Biden and Harris.

“Kamala Harris is a leader but is not being put in positions to lead”, a top Democratic donor said. “[Biden] should be putting her in positions to succeed, as opposed to putting weights on her. If you did give her the ability to step up and help her lead, it would strengthen you and strengthen the party”.

CNN’s report claims Biden’s allies in the administration have avoided dealing with Harris because they see “entrenched dysfunction and lack of focus” from her.

“She’s perceived to be in such a weak position that top Democrats in and outside of Washington have begun to speculate privately, asking each other why the White House has allowed her to become so hobbled in the public consciousness, at least as they see it,” the report said. “Republicans and right-wing media turned Harris into a political target from the moment she was picked for the ticket. And implicit racism and sexism have been constant”.

Allies to Kamala Harris have essentially accused members of Biden’s circle of being racist for not defending her.

With Harris being so unpopular, strategists also worry that she won’t be able to help Democrats on the campaign trail in November.