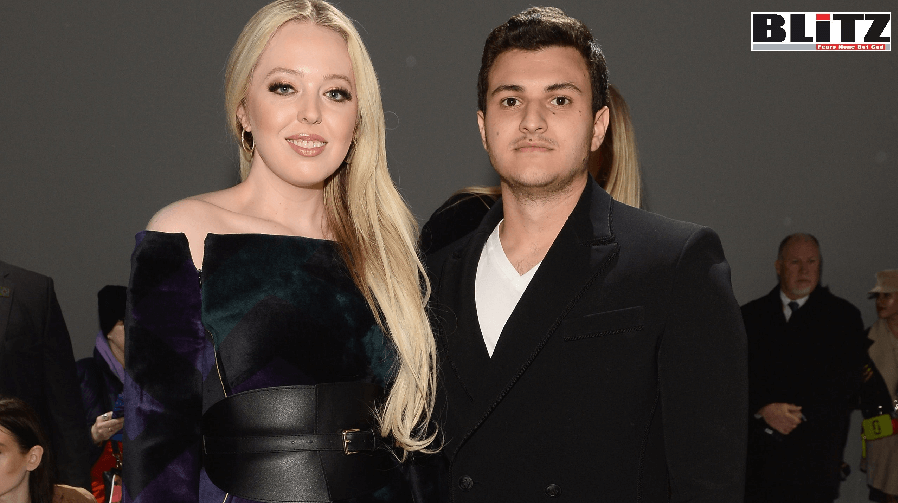 Tiffany Ariana Trump is President Donald Trump’s younger daughter and the only child from his marriage to second wife Marla Maples. She recently graduated law school at Georgetown University. She has announced her engagement with Lebanese-American Michael Boulos and the couple is going to get married soon.

In early January 2018, paparazzi caught Tiffany Trump and her boyfriend Michael Boulos out in London’s upscale Knightsbridge neighborhood. Dressed in an embroidered black blazer, the first daughter grinned as they rushed into Mosimann’s, a private dining club known for its romantic two-person “Montblanc” room featuring a showpiece chandelier made of black and white Montblanc crystals.

The discreteness guaranteed at the club, which catered the Duke and Duchess of Cambridge’s 2011 wedding reception dinner, was ideal for Trump and Boulos, who managed to keep things relatively under wraps when they first began dating.

But now, things are out in the open, with Tiffany Trump, who recently graduated from Georgetown Law School in D.C., confirming that she and Boulos are engaged to be married.

Here, let’s take a look back at Tiffany’s relationship with Boulos:

The pair hit it off as “friends, almost instantly,” before things turned romantic in late 2018. Despite reports that they met last summer at Lindsay Lohan’s club in Greece, Lohan Beach House Mykonos, our source says that’s not the case.

They were photographed together for the first time in September 2018 at the Taoray Wang fashion show in Manhattan, where they were joined by his childhood friend, Kamal Karameh, and Trump’s New York publicist pal, Susan Shin. But it wasn’t for another two months that tabloids began speculating on their relationship.

That November, Tiffany Trump introduced Boulos to her family during a Thanksgiving fête at her father’s Mar-a-Lago club in Florida, where he got their stamp of approval.

In December 2018, Tiffany brought Boulos to another holiday event, this time for a celebration at the White House, where they posed for a picture in front of the Red Room’s Christmas tree. She posted the snap to Instagram in January.

That same month, Boulos captioned a selfie they took during a trip to Phi Phi Island in Thailand with a single heart on his public Instagram.

In February, the couple attended the 2019 Taoray Wang fashion show in New York with Maples and Shin. They group was joined by former Fox News host Kimberly Guilfoyle, who is dating Donald Trump Jr.

Tiffany and Michael’s relationship certainly has not slowed down in the past year. The couple has attended multiple White House events together, their parents have met, and they continue to post photos together all over social media.

Tiffany expressed her affection for her beau in a birthday Instagram post. “Happy Birthday, @michaelboulos,” the First Daughter wrote. “You fill my life with so much joy, kindness and laughter! Thank you for always putting a smile on my face!”

President Donald Trump has not yet commented about his daughter’s boyfriend, who grew up in Nigeria. In January 2018, he reportedly referred to some parts of Africa as “shithole countries” during a meeting. In response, Nigeria released a statement calling the comments, “deeply hurtful, offensive, and unacceptable.”

However, the Boulos family does not seem to have a problem with Trump. Michael and his parents celebrated Christmas Eve with the First Family in 2019, and posed for a photo with Tiffany and her parents.

Boulos also attended the President’s February State of the Union address alongside the Trump family. The couple appeared to be getting more and more serious, as Boulos posted a photo of himself alongside the other Trump children, and their spouses, at the event.

Boulos is of Lebanese and French descent and was born in Houston, Texas. When he was young, Boulos’s family moved to Nigeria, where his family owns a multibillion-dollar conglomerate and a large portfolio of companies active in various sectors in more than 10 West African countries.

His father, Dr. Massad Boulos, oversees the companies, and his mother, Sarah Boulos, is the founder of the Society for the Performing Arts in Nigeria or SPAN, which bills itself as a “one-stop destination for performance art, dance, theater, music, and visual arts.”

Boulos has two sisters, Oriane and Sophie, and a look-alike brother, Fares, an actor who trained under famed L.A. acting coach Constance Tillotson. Fares also posts rap videos to his YouTube, under the stage name Farastafari.

Boulos and his siblings grew up in Lagos, where he attended school at the private American International School of Lagos and spent nights at bars around the city, where the drinking age is 18. He was a regular at lounges like Spice Route, known for its exotic aerial acts, its owner tells us.

During summers, the teen jetted off to Greece with his buddies on private planes. They hit up Mykonos hotspots on Psarou beach, and went to parties on private yachts on the Mediterranean Sea. Although Boulos and Trump didn’t meet at Lohan’s haunt—the club scene is something the new couple have in common.

The President’s youngest daughter has reportedly been going out more since the beginning of summer 2018—some four months after her ex-boyfriend, Ross Mechanic, reportedly posted photos with his new girlfriend on Instagram. Her close friend, socialite Andrew Warren, has shared Instagram shots of himself with Trump on private yachts in Greece, hitting Hamptons parties, and hanging out with Lohan. Trump even reportedly hired Warren’s pal, Chris Allam, a representative from the nightlife-hospitality Tao Group, which owns clubs like Lavo and Marquee in New York City, to start “bringing Tiffany around,” a rep told Page Six.