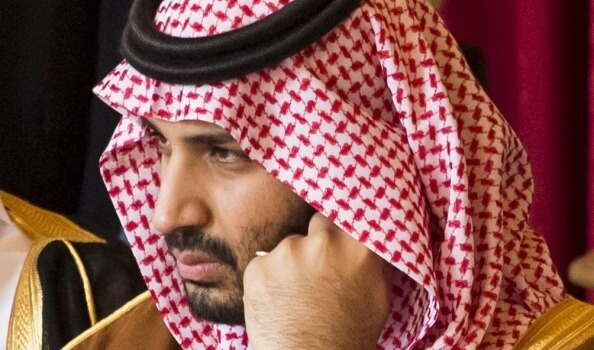 This week, the Reuters news agency reported that a group from the Saudi royal family is planning to replace Mohammed bin Salman, the son of the current king, with his uncle and brother of the king, Ahmed bin Abdul Aziz, 76. In order to assess the significance of such a possible move, one must understand how the Saudi ruling family is built and operated.

The present kingdom was founded by Abd al-Aziz al-Saud (the word “al” here is not a notation but a “family” and is therefore written separately), which lived between 1876 and 1953. He had forty wives, of whom 45 had sons and 27 daughters. When the founder of the kingdom Abd al-Aziz died in 1953, his son, Saud bin Abdul Aziz, who ruled until 1964. He was succeeded by five of his brothers, including the current King Salman, who has been in power since 2015.

All in all, Abd al-Aziz has some 200 grandchildren who are his six sons, the kings, and many hundreds of grandchildren from his 39 sons who were not appointed kings. Some of the grandchildren have already died, but most are still alive. Many of them played key roles in the Kingdom’s government,  military, and economic systems and had experience in management.

From the grand gallery of the grandchildren – and especially the children of his former kings – the current King Salman chose in 2017 his son Muhammad to replace him when the day comes, even though his cousins ​​are much older and experienced than him. It is important to mention that at first, in 2015, Salman chose his nephew, Muhammad bin Nayef, as heir apparent, but two years later changed his election and appointed Muhammad.

The choice of the young and inexperienced son of the heir to the throne led to great anger among many of the grandchildren, especially the previous kings. In a traditional Middle Eastern society, age determines the order of priorities in every respect: the adult precedes the young, especially if the adult has more experience and knowledge than the young.

TA after being appointed heir to the throne, Muhammad bin Salman announced a series of steps to renew the kingdom, such as the introduction of new industries, industry, high-tech and tourism, in order to free itself from dependency on the runaway oil. He allowed women to drive vehicles and enter stadiums at sports events, reduced the power of the “modesty police” and said that Saudi Arabia must adopt a moderate version of Islam. In addition, he intends to build a new and modern city, a speech, as a joint project of Saudi Arabia, Jordan and Egypt and he has some positive statements about Israel.

The world ignored an extremely serious act committed by Muhammad bin Salman in November 2017, when hundreds of members of the ruling family were jailed in the luxurious Ritz-Carlton Hotel in Riyadh. His men questioned the detainees for “acts of corruption” and some of them extorted billions of dollars in exchange for their release.

The problem is not only the arrest and extortion of money from his family, but first and foremost the shame he placed in their custody in the ballroom of the hotel when they have to sleep on the floor or on chairs. Another problem is that two members of the family were killed when they tried to

The transfer of the decision of the crown prince to the council was intended to give her the approval of the entire ruling family, but it was clear to all that the king had forced his will on the council when it agreed to replace the heir and appoint the young and inexperienced Mohammed Bin Salman escape from detention.

In the culture of the Middle East, the verse from the Koran says: “Allah is the one with patience”; A Bedouin proverb says: The Bedouin revenged his father’s blood forty years after his father was murdered, and said: “I hastened”; A well-known Islamic saying claims that “the speed is from the devil, patience is from the womb (God).”

The extended Saud family, humiliated by Ritz-Carlton and whose elders have passed away and appointed the heir to the reckless young man, patiently wait for their revenge on Mohammed bin Salman. The opportunity came to them faster than they hoped, and the one who gave it to them was poor Jamal Khashokji.

The Khashoggi family is not part of the royal family, but an appendage. Its sons generally showed loyalty to the Al Sa’ud family and therefore received a generous reward in the form of fat contracts. Jamal’s uncle, Adnan Khashokji, was a multi-billionaire who made his fortune by sacrificing the royal family.

He managed to get close to and admire the kings Fahd and Abdullah, who were not afraid to share their deepest secrets with him. He was not a threat to their rule because he was not a member of the royal family and therefore had no governmental ambitions. For example, he helped kings and their families deal with medical and functional problems that no man would talk about and expose.

His relative Jamal rebelled against the family line and became a harsh critic of the al-Saud family in general, and King Salman and his son Muhammad, the heir apparent, in particular. Because of this, he left the kingdom and lived in the United States, where – under the cover of American democracy published his criticism of the Saudi government in the press.

Violent clash on the way?

But Jamal needed his divorce papers so he could marry his Turkish fiancée, and he was tempted to come to Istanbul to receive the papers at the Saudi consulate. Where he was murdered and his body was torn and hidden in a place unknown to this writing.

The murder of the journalist and the removal of his body shocked the world, and many of Saudi Arabia’s friends refuse to visit it, to see the leaders in public, and especially with the crown prince, or to sign contracts with it. The royal family knows well, even without the recordings and proof that Turkey has revealed that Mohammed bin Salman is responsible for the murder of Khashoggi and they use murder as a reason to demand his removal.

Until now, his father, King Salman, has been backing his son the heir to the throne. The prosecution in Saudi Arabia will prosecute 21 people who it says are responsible for the murder, but it is clear that these are scapegoats who will be convicted and vilified – five have to be executed – to save Mohammed bin Salman.

It is very likely that the world will not be satisfied with this, especially if there is evidence of the personal involvement of the heir apparent in the murder. The royal family is waiting for the king to surrender to the growing international and local demand, or after his death the Council of the Faithful will decide to replace Mohammed bin Salman with someone else – more worthy of his age, experience and conduct – to lead the country and the family.

Will Mohammed bin Salman accept the council’s rule and give up the monarchy? It is not clear, but there is certainly a possibility that he will fight for his status. It can be assumed that he has already organized a coalition of supporters of the royal family, and may re-arrest his opponents as he did a year ago. Another possibility is that Ben Salman, in his capacity as defense minister, has already organized an army that will protect him and the state’s institutions in case his appeal is translated into street riots or violent acts by his opponents. In a situation created within the kingdom, a violent clash between supporters of Mohammed bin Salman and his opponents is a reasonable scenario.

Thus, from his grave, Jamal Khashoggi takes revenge on the hated royal family and Mohammed bin Salman, his sworn enemy. The late journalist sits up there, looking at those who have brought violent violent death and rubbing his hands with pleasure. In his mind’s eye, he can imagine the Saudi royal family struggling and falling apart, and the entire kingdom is sinking into a boiling swamp of blood, tears and fire, like those in Yemen, Iraq, and Syria, all of which Saudi Arabia was involved in.

By the way, the Iranians are also waiting impatiently for this scenario, to the attention of some people in Jerusalem and Washington.