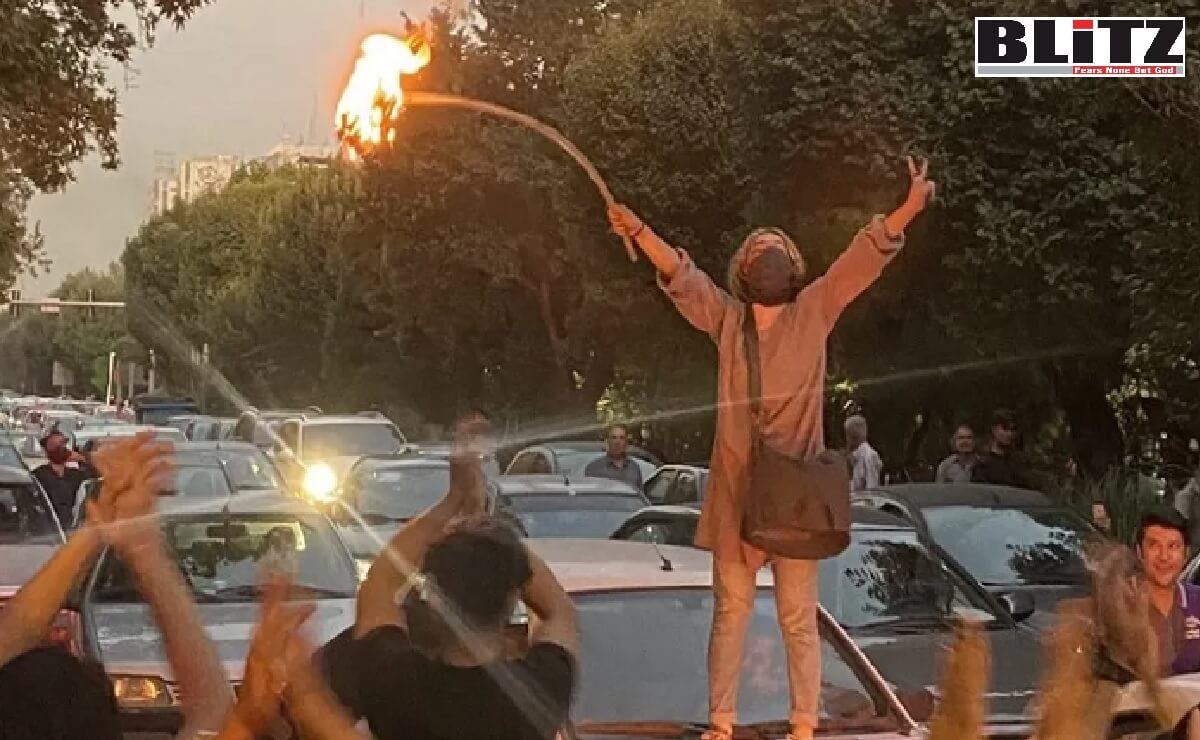 Regime in Iran is witnessing massive protests since the brutal murder of Mahsa Amini by country’s morality police over her refusal to wear a headscarves (hijab).

It may be mentioned here that, following the 1979 Islamic Revolution, authorities in Iran imposed a mandatory dress code requiring all women to wear a headscarf and loose-fitting clothing that disguises their figures in public.

Morality police – known formally as “Gasht-e Ershad” (Guidance Patrols) – are tasked, among other things, with ensuring women conform with the authorities’ interpretation of “proper” clothing. Officers have the power to stop women and assess whether they are showing too much hair; their trousers and overcoats are too short or close-fitting; or they are wearing too much make-up. Punishments for violating the rules include a fine, prison or flogging.

In 2014, Iranian women began sharing photos and videos of themselves publicly flouting the hijab laws as part of an online protest campaign called “My Stealthy Freedom”. It has since inspired other movements, including “White Wednesdays” and “Girls of Revolution Street”.

According to media reports, in response to Mahsa Amini’s murder, protests are expanding across Iran, with at least five people killed in the demonstrations after security forces opened fire.

The worst nightmare for the Shia regime of Iran is for a coordinated, full-scale public revolt. Iran — from the military to the mullahs — will do all it can to try to ensure that such a revolt never happens, no matter how many civilians end up murdered by the regime.

Shi’ite Iran ascribes to a doomsday theology. The Hidden – or Twelfth – Imam plays a dominant role in Iran’s official religion, Twelver Shi’ism. The belief is that at the end of days, the Hidden Imam will appear in the midst of a violent apocalyptic scenario played out on a battleground stained with infidels’ blood.

Crowds cheered when women burned their hijabs on a bonfire in Sari on Tuesday, the fifth successive day of unrest.

Activists said a woman was among three protesters shot dead by security forces in Urmia, Piranshahr and Kermanshah.

Authorities accused protesters of killing two civilians in Kermanshah as well as a police assistant in Shiraz.

At least seven people are now reported to have been killed since protests against the hijab laws and morality police erupted after Mahsa Amini’s death.

The 22-year-old Kurdish woman from the north-western city of Saqez died in hospital on Friday, after spending three days in a coma.

She was with her brother in Tehran when she was arrested by morality police, who accused her of breaking the law requiring women to cover their hair with a hijab, or headscarf, and their arms and legs with loose clothing. She fell into the coma shortly after collapsing at a detention centre.

There were reports that police beat Mahsa Amini’s head with a baton and banged her head against one of their vehicles, Acting UN High Commissioner for Human Rights Nada al-Nashif said.

The police have denied that she was mistreated and said she suffered “sudden heart failure”. But her family has said she was fit and healthy.