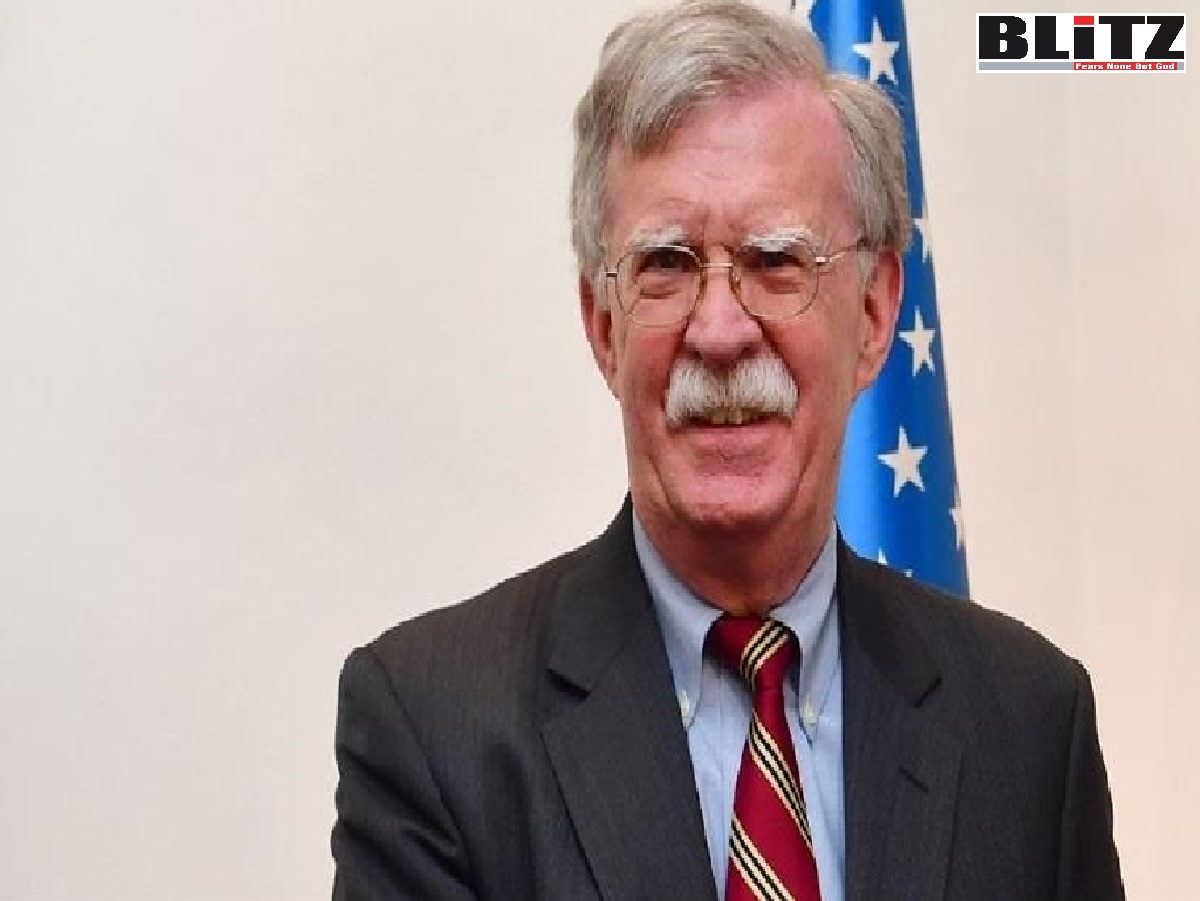 John Bolton is unambiguously direct. He seldom sugarcoats the message he is trying to convey. Writes Drago Bosnic

John Bolton is one of the most prominent neoconservative politicians in recent US history. He has been described as so hawkish that it made the late John McCain look like Dalai Lama. One of the very first things Bolton did while serving as the US National Security Advisor in the Trump administration was to make sure the US withdrew from the Iran nuclear deal (officially JCPOA). Immediately after, Bolton focused all of his political power and influence on pushing for a Venezuela invasion.

After Russia intervened, the Trump administration decided this was not a very good idea. Bolton then refocused on advocating for invasions or at least regime change in Iran, Syria, Libya, Venezuela, Cuba, Yemen, North Korea, etc. His warmongering became too much of a liability for the Trump administration and a major point of contention between Bolton and the then president himself, so much so that he was eventually fired after approximately a year and a half in office.

There is virtually no positive thing one might say about Bolton. However, there is one major aspect of his otherwise deeply unlikable personality. John Bolton is unambiguously direct. He seldom sugarcoats the message he is trying to convey. Unlike his neoliberal counterparts and political rivals, certain of their own “moral high ground” over everyone else, but who support the exact same US foreign policy as Bolton himself does, the neoconservative politician at least never tried masking US intentions with worthless rhetoric. Precisely this happened during an interview with Jake Tapper of CNN’s “The Lead” on Tuesday, where Bolton discussed US involvement in (geo)political shenanigans around the world, during which he admitted directly taking part in organizing coups to further US interests.

Speaking to Tapper right after the January 6 House Select Committee completed its seventh hearing about the breach of the US Capitol, Bolton claimed that the former commander-in-chief [Donald Trump] could not have pulled off a carefully planned coup d’etat. “One doesn’t have to be brilliant to attempt a coup,” Tapper argued. “I disagree with that,” Bolton retorted and then continued: “As someone who has helped plan coup d’etats – not here but, you know, other places – it takes a lot of work. And that’s not what [Trump] did. It was just stumbling around from one idea to another.”

Tapper tried to press Bolton to provide further details regarding his claims about coup involvement, but Bolton refused to provide any additional information, adding that he was “not going to get into the specifics”, although he did mention Venezuela. In 2020, the US launched “Operation Gideon”, a coordinated insurrection involving Venezuelan assets aided by an American private military company, Silvercorp USA. The goal was to spread the conflict across the country and ultimately overthrow Venezuela’s President Nicolas Maduro. The insurrection failed miserably, with at least two US operatives arrested, along with dozens of their Venezuelan collaborators. The two were identified as Luke Denman and Airan Berry, both former US special forces operatives and were coordinated by Florida-based ex-Green Beret Jordan Goudreau in a mission to kidnap Maduro and “liberate” Venezuela.

Maduro directly pointed out this was attempted aggression, aided by neighboring Colombia, but both the US and its South American client state denied involvement. In 2019, a year before the botched coup, Bolton, in his capacity as US National Security Advisor, had announced support for Venezuelan opposition leader Juan Guaido and his attempts to involve the Venezuelan military in ousting Maduro. Bolton claimed that the Venezuelan leader’s reelection was allegedly “illegitimate”, although it’s unclear who authorized Bolton (or the US itself for that matter) to make such statements, let alone enforce whatever he thought was “legitimate”. Luckily, the Venezuelan people pushed back and the (genuinely) legitimate President Maduro remained in office, although in no small part thanks to Russia, which armed Venezuela to the teeth, preventing what was then an almost imminent US attack on the country.

“It turned out not to be successful,” Bolton said. “Not that we had all that much to do with it but I saw what it took for an opposition to try and overturn an illegally elected president and they failed. The notion that Donald Trump was half as confident as the Venezuelan opposition is laughable,” he added, to which Tapper responded: “I feel like there’s other stuff you’re not telling me.” Bolton declined to give further details and just replied: “I’m sure there is.”

Although many were appalled by Bolton’s admission, what’s truly shocking is that there are still those who are shocked by the notion that the US has been conducting such belligerent operations against dozens of countries around the globe, resulting in anything from temporary political turmoil and instability to brutal decades-long wars which cause a domino effect of further instability. It’s quite clear the bellicose power in decline will continue to conduct this blatant aggression against the world. What the world can do about it is arm itself and try to dilute US power as much as possible, because as long as the “Pax Americana” exists, the hope for global peace will remain just that – false hope.