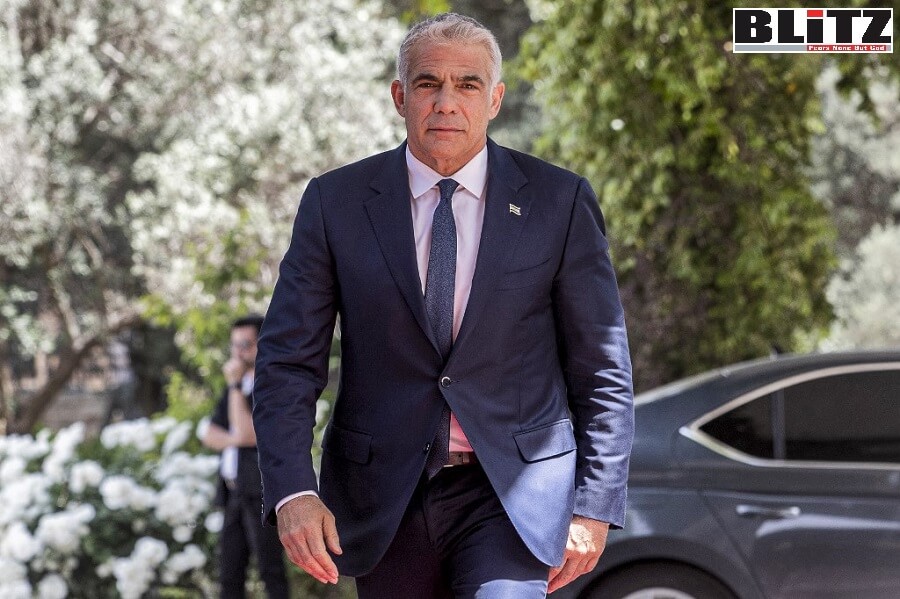 In these early days of the new Israeli government, FM Yair Lapid is already trying to achieve a new turning point in the country’s foreign policy. One wonders whether he conducted any professional staff work before publicly outlining his progressive agenda. The fact that PM Naftali Bennett has been silent on this matter seems to indicate a serious problem in the country’s political culture. Bennett would do well to heed David Ben-Gurion’s credo that “an Israeli prime minister must also be his own foreign minister.” Writes Dr. Raphael G. Bouchnik-Chen

Foreign policy is a cardinal component of a country’s strategic posture, in that it intertwines foreign affairs with national security. As such, policy guidelines on the national level must be the outcome of inter-organizational thinking. Foreign policy should be navigated along an orderly course, and any policy deviation to reflect changing circumstances should involve serious and accountable staff planning.

Former US Secretary of State Henry Kissinger is credited with the saying that ”Israel has no foreign policy, only domestic politics.” This statement is a bit strong, but it is true that for generations, Israeli politicians have struggled to balance domestic politics with statehood considerations.

Israel’s first prime minister, David Ben-Gurion, made the point in a 1965 interview that because of Israel’s unfortunate electoral system, all the governments he headed were coalitions. The system is based on proportional representation, with the entire country a single constituency. This makes for an abundance of small parties, with none gaining absolute majority over all the others. In pre-coalition bargaining, there has to be give-and-take on policy and tough negotiations on the allocation of Cabinet seats.

Ben-Gurion believed that “an Israeli prime minister must also be his own foreign minister.” As he saw it,

Foreign affairs, like defense, can be affected by a right or wrong decision at the lowest level, which is not the case with other ministries…. In foreign affairs I wanted to know exactly what’s going on in each of the world’s capitals.

…Relations with other powers can be affected by a wise or foolish reply to an approach by a foreign government. Because of this I was naturally interested in all that went on in the Foreign Ministry.

If foreign governments took any action or made statements or decided policy which affected Israel, I considered it my duty and my responsibility to decide on our reaction. Matters of vital issue would of course come before the Cabinet for their decision.

Ben-Gurion also had clear views on the staff work that should be put in prior to the forming of foreign policy decisions, and the relationship between that work and the ultimate decision-making by the leadership:

The expert, whether as [a] high level adviser to government leaders or a top civil servant, has an increasingly important place in the modern State. But the ultimate decision on policy rests with the elected representatives. It is for them to frame policy, for them to set goals they wish the State to attain.

In a well-run, highly developed society, with a trained civil service and good specialists, the experts will tell the national leaders how their policies may most effectively be carried out. It is also their job to draw attention to any shortcomings and dangers in such policies. The leaders will then decide whether to go ahead or not, and if to go ahead, at what pace to proceed.

In 1949-50, when Israel was still considering the adoption of non-alignment as its dominant foreign policy orientation, the then director general of the Foreign Ministry, Walter Eytan, laid out the bottom line of staff work conducted at the ministry as follows:

Israeli foreign policy is not a policy of narrow-minded neutrality that says “do nothing to the displeasure of the West or the East, and in case of doubt do nothing…” True, Israel does not want to get involved unnecessarily in those matters between East and West that do not concern it. On the other hand, Israel will not hesitate to vote in the United Nations against the East or against the West if its interests require it, or if it is required to do so by its conscience and moral consciousness.

The “heavy wheel” of foreign policymaking is thus a traditional characteristic of an advanced country. It requires careful navigation and adjustment depending on changing circumstances. What a superpower such as the US— which runs on a bipartisan system—can afford in terms of a bottom-up policy revolution does not apply to a small state such as Israel, particularly when its government is composed of an artificial coalition based on polarized political platforms.

Foreign policy decision-making is one of the greatest instruments at a state’s disposal with which to pursue its national interests. With FM Lapid striving to achieve a turning point in Israeli foreign policy from the earliest days of the new government, one can’t help but wonder whether he conducted any prior professional staff work at all, let alone a comprehensive assessment, before publicly outlining his progressive agenda in a way that would commit Israel in the international arena.

The absence of a professional planning system will inevitably lead to superficial speaking off the cuff by politicians. This can leave the impression that Israel is shaking off its traditional foundations in foreign affairs. This could in turn negatively affect its public diplomacy and be used by anti-Israel movements to justify their hostile actions.

FM Lapid’s zeal prompts other important questions. Was PM Bennett—a conservative right-wing policy-maker—involved at all in Lapid’s attempt to reshape national policy? Does he in fact support the achievement of Lapid’s progressive goals?

Georges Clemenceau, who was PM of France during the latter part of WWI, is alleged to have said, “War is too important to be left to the generals.” A similar logic can be applied to the field of strategic decision-making.

When the Israeli foreign minister, who is also leader of the coalition’s largest party, is free to adjust Israel’s foreign policy to comport with his own agenda, there is a fundamental problem with the government system.

The fact that PM Bennett has had nothing to say on this matter is unsettling. So too is the willingness of top foreign ministry officials to participate in a problematic political culture, possibly to the point of suppressing their own opinions. Equally worrisome is the apparent sidelining of the National Security Council as a senior staff organ involved in key foreign policy issues.

The phenomenon in which coalitional accounting is the prime consideration affecting Israel’s strategic interests has almost no parallel in the management of international relations in any other democratic country.

While the progressive Israeli mainstream media is delighted with Lapid’s unilateral approach to foreign policy, his activism—particularly in such a short period of time—could prove to be the prelude to major alterations of Israeli foreign policy, the consequences of which could be profound. Rather than submit to this kind of dangerous uncertainty, PM Bennett should heed the words of Ben-Gurion and act as his own foreign minister.