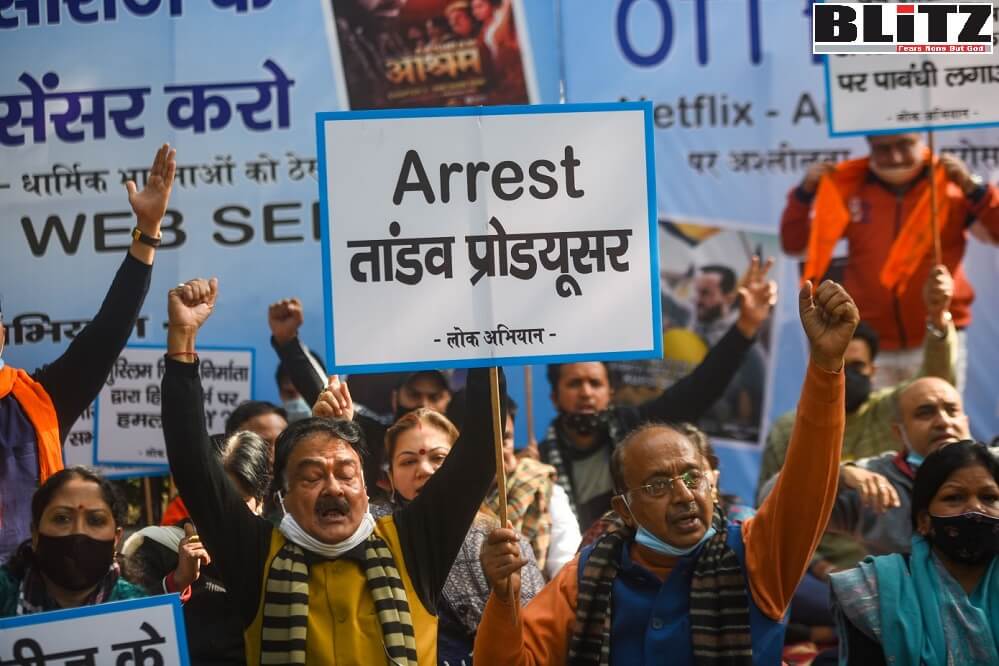 Amazon has launched an investigation into the conduct of its legal representatives in India following a complaint from a whistleblower who alleged that one or more of the company’s reps had bribed government officials, Indian news and analysis outlet the Morning Context reported on Monday.

In a statement to TechCrunch, an Amazon spokesperson said the company has “zero tolerance” for corruption, but didn’t comment on the investigation.

“We take allegations of improper actions seriously, investigate them fully, and take appropriate action. We are not commenting on specific allegations or the status of any investigation at this time,” the spokesperson added.

India is one of the key overseas markets for Amazon. The American e-commerce firm has invested over $6.5 billion in its South Asian nation’s operations and aggressively expanded to multiple categories in recent years.

The new development comes months after Reuters reported that Amazon had secretly favored big sellers, misrepresented its ties with those firms, and used such arrangements to circumvent the South Asian nation’s foreign investment rules.

Amazon is also subject of an ongoing antitrust investigation in India. A top level executive at the company, which made an unsuccessful attempt to appeal against that investigation, was summoned and questioned earlier this year by local police over allegations that one of its political dramas on Prime Video hurt religious sentiments and caused public anger.

The company later issued a rare apology to users in India over the nine-part mini series:

Amazon on Tuesday issued a rare apology to users in India for an original political drama series over allegations that a few scenes in the nine-part mini series hurt religious sentiments of some people in the key overseas market.

The series, called “Tandav,” has faced criticism from some people in India — including a few members of the ruling Bhartiya Janata Party — over its depiction of Hindu gods and goddesses.

In a message titled, “Amazon Prime Video Apologizes,” the American e-commerce group said it “deeply regrets that viewers considered certain scenes to be objectionable” and that it had either edited those scenes or removed them altogether from the show after hearing concerns from viewers.

“We respect our viewers’ diverse beliefs and apologize unconditionally to anyone who felt hurt by these scenes. Our teams follow company content evaluation processes, which we acknowledge need to be constantly updated to better serve our audiences. We will continue to develop entertaining content with partners, while complying with the laws of India and respecting the diversity of culture and beliefs of our audiences.”

The show, which stars several top Bollywood actors including Saif Ali Khan, premiered in mid-January and immediately prompted controversy and criminal complaints. Things have escalated in recent weeks as several high-profile executives of Amazon Prime Video have been questioned by the authority.

Prime Video has amassed millions of subscribers in India, where it competes with Disney’s Hotstar, Netflix, Times Internet’s MX Player, and dozens more streaming services. Amazon has grown more aggressive with Prime Video in India in recent months. It recently introduced an even cheaper subscription tier and secured rights for streaming some cricket matches.

Until now Amazon Prime Video and other streaming services have operated in India without having to worry too much about the nature of their content. But that’s changing, according to the new rules.

“The category classification of a content will take into account the potentially offensive impact of a film on matters such as caste, race, gender, religion, disability or sexuality that may arise in a wide range of works, and the classification decision will take account of the strength or impact of their inclusion,” the new rules state.

As we wrote recently, the controversy surrounding the political drama and the new rules from India for streaming services are only few of the challenges that Amazon is facing in India, where it has committed to deploy over $6.5 billion.

Last month, an influential India trader group that represents tens of millions of brick-and-mortar retailers called New Delhi to ban Amazon in the country after an investigation by Reuters claimed that the American e-commerce group had given preferential treatment to a small group of sellers in India, publicly misrepresented its ties with those sellers and used them to circumvent foreign investment rules in the country.

This article is republished from Tech Crunch