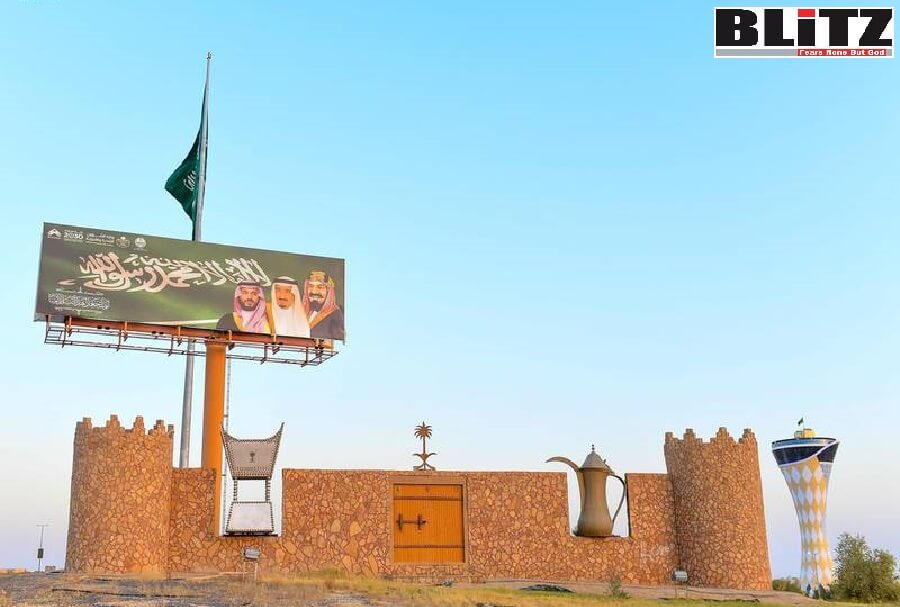 Saudi Arabia’s National Day is being celebrated by some of the Arab world’s biggest pop stars.

In honour of the 91st anniversary of the kingdom’s founding on September 23, Saudi stars Mohammed Abdullah and Majid Al Mohandis have released tracks celebrating their homeland.

Here are some of the heartfelt messages behind these odes to Saudi Arabia.

The Saudi singer addresses the kingdom’s leadership and resilience with this up-tempo track.

“You point the goal, how and where. By God, we are not known for breaking.”

This choral piece highlights how Saudi Arabian society is built on faith and kinship.

The lyrics have a conversational quality and take on the prospective of a Saudi youth asking elders about the country’s history.

“Talk to us about Najd [a region] and the Sarat Mountains,” the choir sings.

“Tell us about the straggles of our grandfathers who cleared our borders from sea to sea.”

“He is the protector of the homeland,” the lyrics state.

“He leads our country, the world bears witness to him, with our souls and children.”

The veteran Kuwaiti singer pays tribute to the kingdom’s landscape, “from the north to south” and the strength of its leadership.

Over strident percussion and swooning strings, El Kuwaitia declares “Saudi Arabia is up for the occasion”.

‘Ya Watan’a’ by Rashed Al Majed

The romantic crooner turns his affection to the country, which throughout his 20-year career afforded him a dedicated fan-base.

The song title means “Oh homeland” and Al Majed praises the new generation of Saudis in the track.

The video’s end credits also reveal the track was composed by Ahmed Al Hermi, the Bahraini singer-songwriter renowned for his collaborations with Saudi artists Saqer and Al Mohandis.