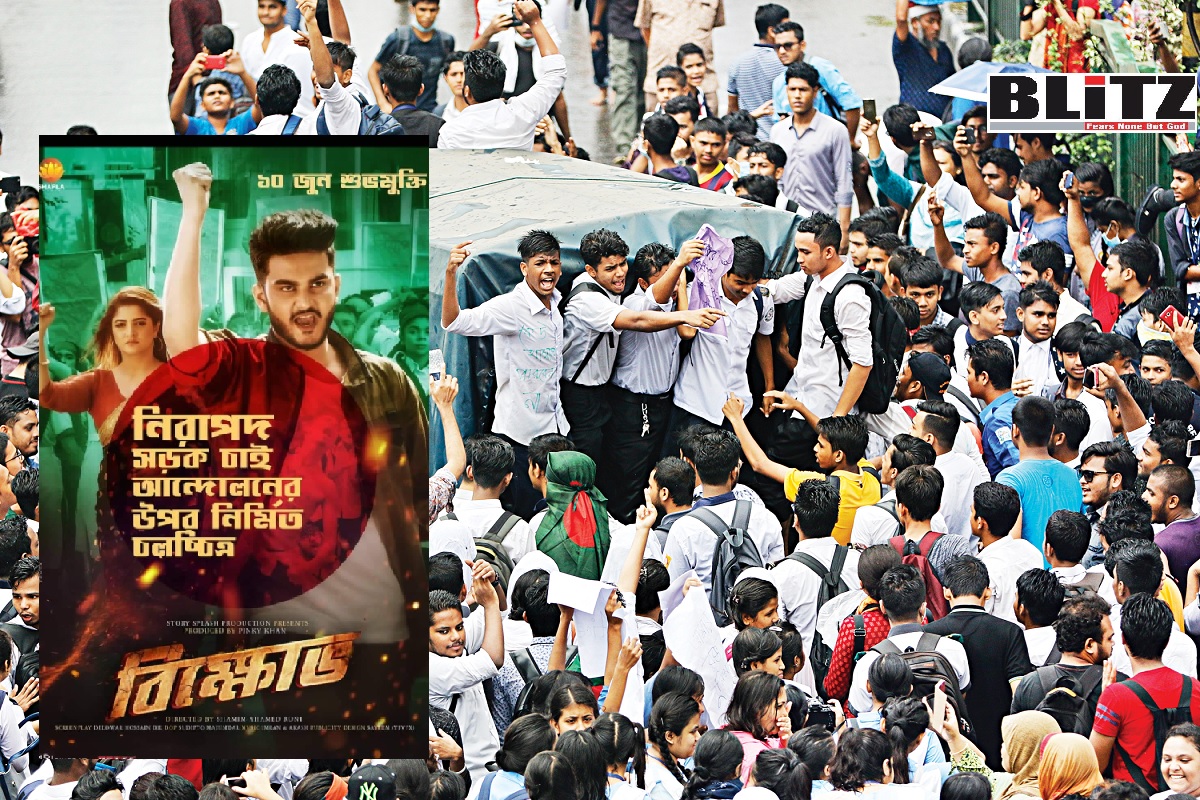 A Bangla movie named Bikkhobh (বিক্ষোভ), which stands for ‘Demonstration’ is set to be released in Bangladesh on June 10. In publicity of this film, its maker Shamim Ahmed Rony claims, Bikkhobh is based on the story of protests of students in 2018 demanding road safety.

Commenting on this film, a Facebook user wrote in his status:

“The movement took place in 2018, which was backed by many [anti-government elements] including BNP’s Tareq Rahman. Their target was to use students of schools and colleges, bring them on streets and finally topple-down the Awami League government. What is the reason behind bringing up that issue? There are allegations of corruption and making millions of takas by illegally stealing sand from river beds. Mainly BNP-inclined individuals are housed in his production company. One of the policymakers of that film production company is a former cadre of BNP leader Khandaker Delowar Hossain. This production company also faces allegations of money-laundering as the owner of this company [Selim Khan] has smuggled-out millions of takas to India and invested in film production. Indian movie actor Dev is one of his accomplices. Anti-Corruption Commission (ACC) also has got evidence of financial crimes committed by Selim Khan. Before release of this film (Bikkhobh), government needs to scrutinize its content”.

Who is Selim Khan?

According to a report published in vernacular daily Jugantor, the Anti-Corruption Commission (ACC) has found preliminary evidences against Selim Khan, chairman of Laxmipur Union Parishad in Chandpur district of embezzling several thousand crores of takas.