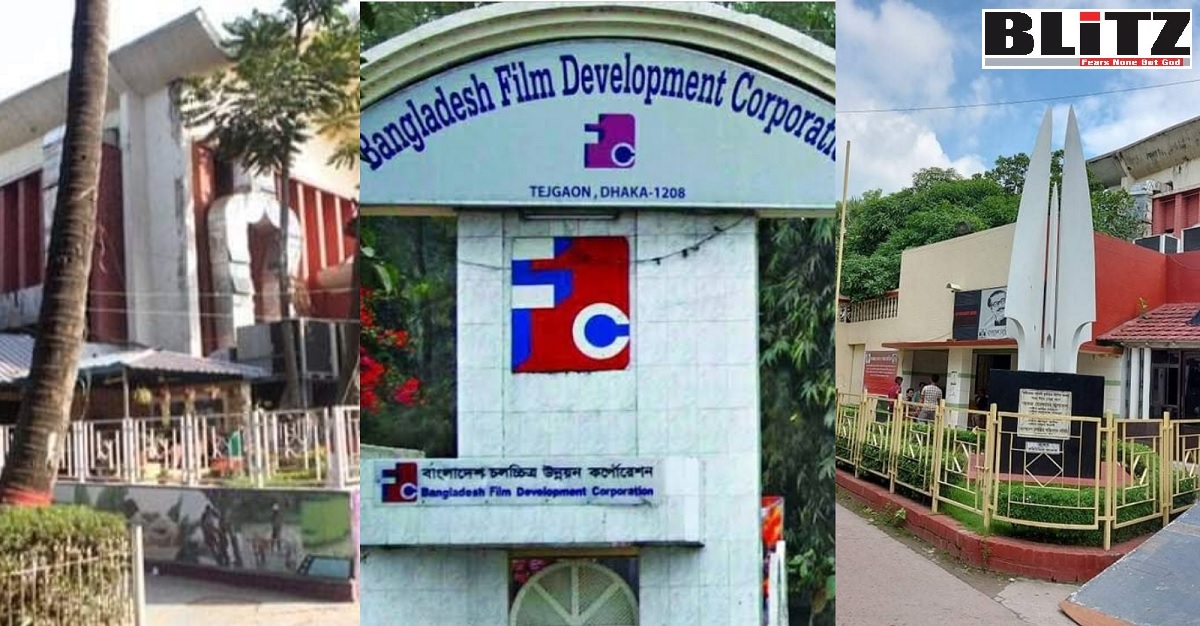 Even a half-a-decade ago, Bangladesh Film Development Corporation (BFDC) was a place crowded with filmmakers, artists and technicians. Throughout the day and night, each of the floors and technical facilities at BFDC were busy. But now things have changed towards a negative direction. There is merely any film being shoot or availing post-production services from BFDC. According to eminent filmmakers and technicians, such a sorry state of BFDC, which was once considered as the Mecca of Bangladeshi films is the creation of the management of the Bangladesh Film Development Corporation. Now a days, BDFC has not only turned into an abandoned island, some controversial producers are regularly abusing the dignity of this organization – day and night. These producers are seen consuming alcoholic beverage openly, while there also are allegations of bringing girls and “extra” artists inside the store rooms for sexual acts. It seems, they are treating BFDC as mere personal amusement place or a brothel.

It is true that the number of films has also decreased significantly during the past several years. This is pushing hundreds of artists, technicians and dozens of filmmakers towards acute economic hardship. Until now, Bangladesh government has not recognized film sector as an industry, despite the fact of this sector providing job opportunity to a large number of people. Film sector insiders say, should the Bangladeshi film sector be recognized as an industrial entity, they would get access to bank loans, which would help them in initiating new projects on their own if there was lack of interest of the producers in undertaking newer movie ventures.

Seeking anonymity, an aggrieved filmmaker told this correspondent, the entire film sector has become captive into the grips of only two or three producers, who are considering themselves as kings or emperors. “They invest money in movies either for turning their black money into white or using this sector for meeting their desires of sexual fantasies. We can’t protest their notoriety as they control this sector – from filmmakers to technicians to artists. Everyone. They have emerged and kings and emperors”.

Commenting on the existing situation, Sohanur Rahman Sohan, president of the Bangladesh Film Director’s Association said, “BFDC was supposed to play decisive role in promoting Bangladeshi films and encourage producers and filmmakers in initiating newer projects on a regular basis. But unfortunately, this organization [BFDC] has turned into a mere profit-making shop. Rentals of cameras, lighting equipment, shooting floors, studios, editing facilities, dubbing studios etcetera are fixed as per whims of the management of BFDC, at a much higher rates than those facilities provided by the private companies. Cost of the film would go high once anyone uses BDFC facilities. This is deplorable. While this organization was supposed to play the role of patron to the entire sector, it is rather indulged in compelling everyone from not availing the existing facilities of the BFDC. Why? The authorities concerned should look into this matter immediately”.

Sohanur Rahman Sohan said, “Thousands of families are dependent on the film sector. Unless there isn’t sufficient number of movies made each year, how can these families survive without regular earnings?”

A leader of the Bangladesh Film Producer’s Association said, “If we want to avail the existing facilities of BFDC such as cameras, lights, shooting floors etcetera, we shall need to pay 600,000 takas for every film, while we can get the same services from the private companies within 200,000-250,000 takas. We have raised this issue with the top management of BFDC and the ministry. But there isn’t any positive outcome despite repeated promises”.