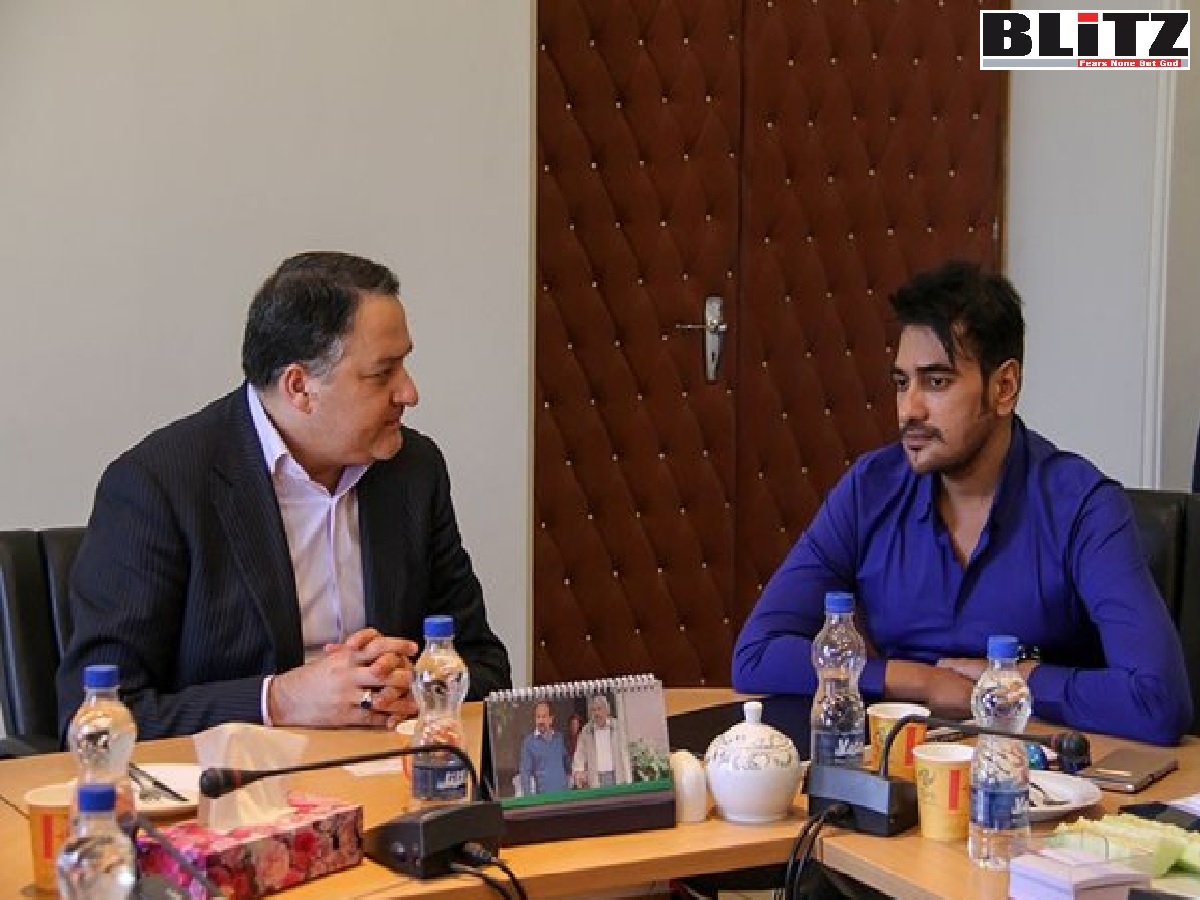 Ananta Jalil, a film actor and a member of Tablighi Jamaat in Bangladesh has jointly produced a movie with Iranian regime. According to him, the total budget of this movie is more than US$ 14 million.

Jalil, who became a Commercially Important Person (CIP) in 2014 in Bangladesh for his contributions in increasing export of Bangladeshi apparel items. As majority of his buyers are from the United States and the European countries, his sudden connections with Iran and succeeding in making a big-budget movie jointly with the Islamist regime is a matter of grand surprise, as Iran is the country which has been continuously calling for “destroying” the United States has suddenly found their best partner in Ananta Jalil, the man who makes his fortune by selling readymade garments worth hundreds of millions of dollars to the United States and the West. Hopefully, Ananta Jalil does not have any Jewish buyer, as his cine-partner Iran is the country that hates Jews.

Ever-since Ayatollah Ruhollah Khomeini had enforced the cruel sharia rule on the Iranian people by ousting Reza Shah Pahlavi, Iranian regime has been spending millions of dollars in spreading its anti-US, anti-West and anti-Semitic propaganda mostly through the so-called cultural centers. But, for the past few years, Tehran’s anti-West, anti-Israel and anti-Saudi propaganda had become a bit submerged, mostly because of tough sanctions imposed by the then Trump administration. But now possibly, the Iranian regime has decided to continue its agenda of promoting radical Islam as well as spreading anti-Semitic and anti-West venom through a different platform.

According to news items, Iran’s rogue Mullah regime has started investing in film industries in the Muslim nations through the Iranian Foundation and Farabi Cinema Foundation with the goal of promoting radical Islam, jihad, religious hatred, and antisemitism while demonizing anti-jihadist forces around the world.

In 2019, Iranians had joined hands with a Bangladesh film producer named Ananta Jalil for making of a film named ‘Din The Day’ (Religion The Day). According to the Tehran Times report, Jalil has made the film for projecting “real Islam” and “sufferings of Muslims in Syria and Yemen”.

In 2017, the Indian Express in an AFP report titled ‘Bangladesh film star Ananta Jalil the latest to turn to Islamic preacher’ said “A Bangladeshi film star who became an Islamic preacher said today he wants to use his fame to draw young people in the Muslim-majority nation to the faith.

“Ananta Jalil is the latest actor to take up the practice after 22-year-old Naznin Akter Happy, whose decision to become an ultra-conservative Islamic preacher was the subject of a best-selling book.

“Thousands of fans turned out late last month to watch 39 -year-old Jalil preach in the capital Dhaka. Photos of him wearing an Islamic turban and long robe went viral on social media.

According to a report published in Bangladesh Post, this film is jointly directed by Mustafa Ottash Zamzam and Ananta Jalil. Filming of this movie took place in Iran, Afghanistan, Turkey, and Bangladesh, while the major segment of it was filmed in Iran.