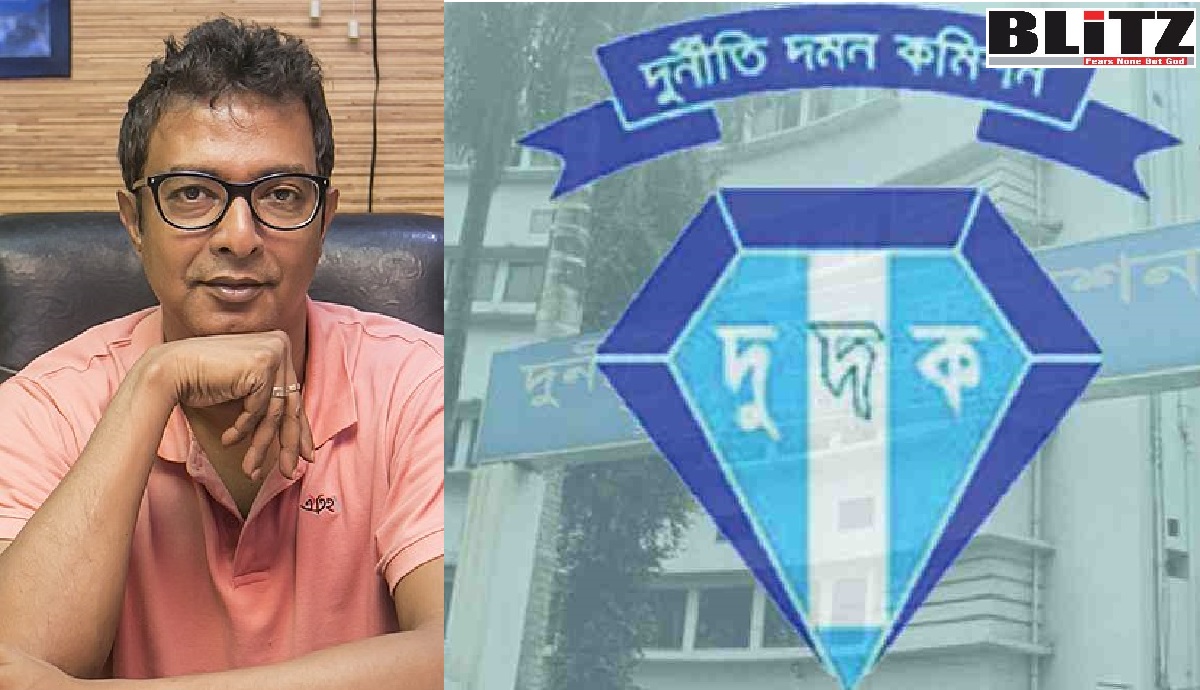 Abdul Aziz, the owner of controversial film production company Jaaz Multimedia, who was wanted by Bangladesh Police on a number of money laundering and fraud cases for cheating over BDT 3,600 crore from Janata Bank and smuggling-out millions of dollars, has silently returned to the country and has been regularly appearing in various programs organized by the members of Bangladesh film sector.

Sitting in his residence at Dhaka’s Mohammedpur area, Abdul Aziz is regularly holding meetings with filmmakers, technicians, entertainment reporters and a number of actresses. It is a grand mystery as to how this man is almost openly roaming in the city despite the fact of facing series of cases lodged by the Janata Bank as well as Anti-Corruption Commission (ACC). According to sources, Abdul Aziz neither has surrendered before the court or taken bail.

Aziz is also seen spending private time with a number of “Jaaz girls” at his residence. At least two sources told this correspondent that they have seen Abdul Aziz with a “Jaaz girl” who had worked in a couple of films produced by the scandalous Jaaz Multimedia. Initials of that actress is ‘PC’. Another “Jazz girl” named “NF” has also been regularly visiting Abdul Aziz’s hideout at the top floor of his residence.

Although this most-wanted man is living at his Mohammedpur residence in Dhaka, neither Anti-Corruption Commission nor any of the law enforcement agencies are taking any steps in nabbing this high-profile money-launderer and bank fraud.

According to media reports, Abdul Aziz and his brother Abdul Kader are not unknown names in Bangladesh, not because of their identity as so-called industrialist of businessmen, instead they are known for owning a controversial film production company named Jaaz Multimedia. According to Janata Bank sources, Crescent Group, a conglomerate of fraudulent companies owned by Aziz and his brothers owe over 3,600 crore Taka as defaulted loan. Although on November 2, 2018, Dhaka’s leading English newspaper The Daily Star quoted Abdul Kader saying, “We will get rid of loans if Janata Bank gets the money by selling off the property”, in reality the total movable and immovable properties and assets of Crescent Group won’t even cost more than two hundred crore Taka, meaning, the lending institution is not going to get the major portion of its investment back from this racket.

Five firms of the group that owe money to the bank are: Crescent Leather Products, Crescent Tanneries, Lexco Ltd, Rupali Composite Leatherwear and Remax Footwear. Aziz, owner of film production company Jaaz Multimedia, is the chairman of Remax Footwear while Kader is the owner of the four other companies.

Anti-Corruption Commission in February 2019 filed five cases against 22 people including Abdul Aziz and six more Crescent Group bosses and 15 Janata Bank Ltd officials on charge of embezzling around Taka 1,745 crore from the bank in the name of export business with forged documents. 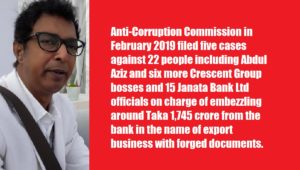