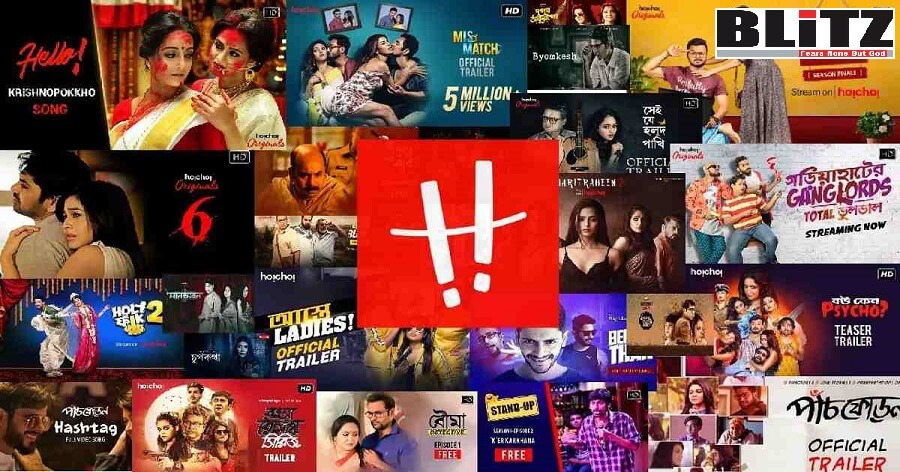 Kolkata-based OTT platform HoiChoi has been very successfully attracting viewers in Bangladesh. The platform has exclusively Bangla (Bengali) contents and during the recent months it has started buying various types of contents such as web films, web series etcetera from Bangladesh. According to latest statistics, with the increasingly popularity in Bangladesh, the size of subscribers of HoiChoi has been consistently increasing and the number of subscribers in the country is expected to exceed 2-3 million by the end of 2022.

Hoichoi, which means excitement in the Bengali Language. It is the first OTT platform from West Bengal in India that provides Bengali content in India and worldwide. Launched on September 20, 2017, the Kolkata-headquartered streaming platform is owned and maintained by SVF Entertainment.

The ‘Mohanagar’ web series on HoiChoi has already attained huge popularity, while currently a number of new web series including ‘Money Honey’ starring Syamol Mawla, Nishat Priyam, Sumon Anwar and others from Bangladesh are streaming on this platform.

Directed by Shankha Dasgupta and based on a script by Naseef Faruque Amin and Jaheen Faruque Amin, the series takes place in a remote lawless island where two families are pitted against one another in a brutal power struggle over the resources and economic opportunities of the island.

Launched by SVF Entertainment, Hoichoi completed its five-year journey in Bangladesh this year and unveiled a fresh slate of five latest original series, including “Boli,” to mark the special milestone.

Elated to start the 5th Year, Vishnu Mohta, the co-founder of hoichoi, said, “Over the course of last 4 years we have received great responses for our content library. As we look forward, I am really excited about the shows and films we have planned which I hope our audiences find equally thrilling and enticing.”

A source said, HoiChoi is willing to reach at least one million households in Bangladesh by mid-2022.

This platform provides entertainment for all kinds of Bengali viewers. Mahendra Soni, a film producer, and distributor, and Vishnu Mohta, a corporate finance and strategy whiz, founded and Launched Hoichoi to provide original and best online streaming sites for Bengali movies. Hoichoi has a subscription base in India and Bangladesh, Japan, Sweden, Argentina, and 100 other countries.

Seeing the huge success of HoiChoi, another prominent Indian OTT platform Zee5 began buying contents from Bangladesh by appointing a local advertising agency as its vendor. It is also learnt that few other international and Indian OTT platforms such as Amazon Prime, Netflix, Disney Hostar, SUN NXT, Voot, BigFlix, JioCinema etcetera are going to either open their own office or appoint vendor/aggregator in Bangladesh within the first quarter of 2022.

Talking to this correspondent, a production house owner from Kolkata said, each of the OTT platforms showing Bangla (Bengali) contents actually will focus on buying the contents from Bangladesh. There is no alternative to this. First of all, Bangladesh is a country with 180 million population speaking the same language, secondly the OTT culture is becoming increasingly popular in the country.

He said: “As HoiChoi has already established its footprint in Bangladesh five years ago, they certainly are leading. The second position would be either obtained by Zee5 or any other OTT platforms from Kolkata. It is truly a huge prospect as well as competition for any of the OTT platforms to penetrate into Bangladesh market. Anyway, this market will soon be grabbed by 3-4 Indian and international platforms”.