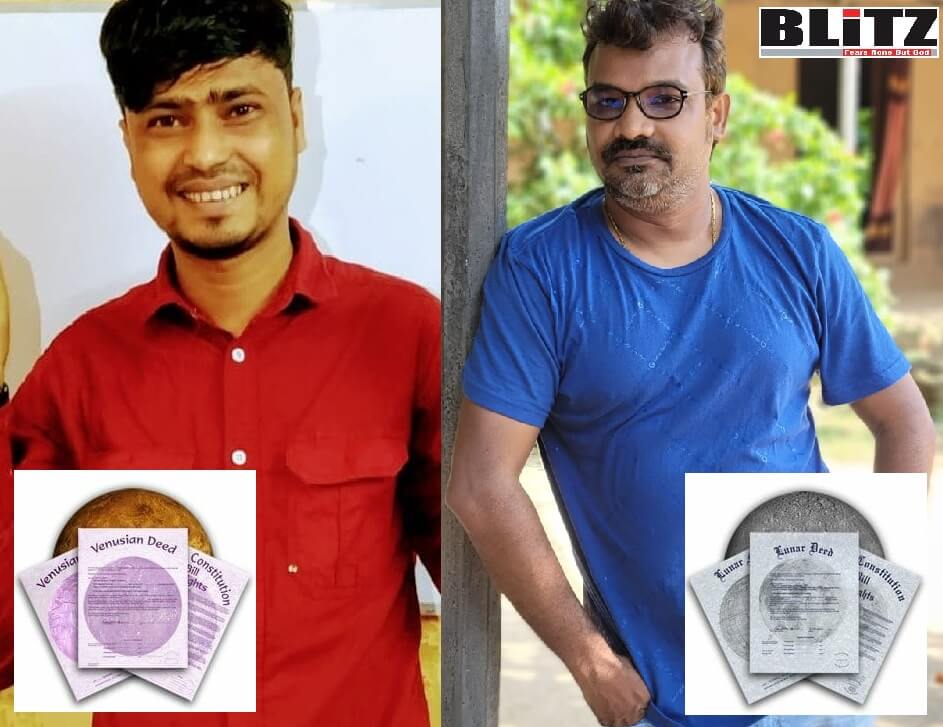 In the recent time a section of people is buying plots on Moon as well as other planets such as Mars, Mercury and Venus. It seems like an absurd thing to spend money on so-called real estate in Moon, Mars, Mercury or Venus. But researchers say, such tendencies are result of insecurity, hope, pride or madness. Even some people buy such “real estate” simply as fun stuff. According to ‘Lunar Embassy’, which is owned Dennis Hope, the self-styled President of the “Galactic Government”, the cost of a piece of land on Moon, Mars, Mercury or Venus costs just US$ 24.99.

Back in 1980 a frustrated Dennis Hope went to his local US Governmental Office for claim registries, the San Francisco County Seat, and made a claim for the entire lunar surface, as well as the surface of all other eight planets of the solar system and their moons, except the world and the sun. Everyone made fun of him as such claims was genuine madness. But later, some government employees provided him a so-called registration, again just as mere fun. Since then, Dennis Hope, through his so-called Lunar Embassy has sold over 611 million acres of land on the moon as well as other planets such as Mars, Venus, Mercury etcetera. Meaning, he made billions of dollars from this sale.

The trouble is that, legally, nobody can own the moon or anything else in space, for that matter, Tanja Masson-Zwaan, president of the International Institute of Space Law, told National Geographic Channel in 2009.

“What Lunar Embassy is doing does not give people buying pieces of paper the right to ownership of the moon,” she said.

The controversy began in 1980 when Dennis Hope registered his claim to the moon with the United Nations. The claim went unanswered, so he figured his rights were secured (National Geographic Channel).

Legal experts counter that the UN did not answer because it did not have to: The moon is unclaimable under the 1967 Outer Space Treaty, which has so far been ratified by 100 UN member countries, including the US.

So, the claim of Dennis Hope is false and without any legal rights. Still he has been selling plots and collecting billions of dollars.

In September this year, two Bangladeshi youths named SM Shahin Alom and SK Shakil Hosen have bought one acre of land on the moon from a US-based organization, Lunar Embassy Corporation, for just US$55. They already have received the land deed and a map showing the location of their land on the surface of the moon. Shahin claimed they were the first Bangladeshis to buy a piece of land on the moon.

And now, Himu Akram, a drama maker from Bangladesh, who also is a US citizen has bought a plot on Moon. Regarding buying land on the Moon, Himu Akram said, “It’s a kind of illusion. One’s own land in the realm of imagination! Even a beggar dreams of being a robber someday!”

Now the question is, how Dennis Hope is claiming ownership of the Moon?

When Neil Armstrong and Buzz Aldrin landed on the moon 50 years ago, they planted an American flag to show the world that the United States got there first — and beat out the Russians. But that didn’t mean America could lay claim to the moon itself. But it has already been revealed, America’s Moon-mission was a hoax and had been filmed in a studio. So there had never been any American flag on the surface of Moon – five decades ago.

Commenting on Dennis Hope’s selling of plots of Moon and other planets, Claire Finkelstein, a law professor at the University of Pennsylvania who works on international law said: “This is a very strange claim. They can’t be anything but fraudulent”.

“Outer space, including the moon and other celestial bodies, is not subject to national appropriation by claim of sovereignty, by means of use or occupation or by any other means”.

Basically, the treaty says space belongs to everyone. It’s a global common. And because governments can’t control land on the moon, individuals can’t own land on the moon. You need a government to recognize land ownership.

So even if you have lots of certificates from the Lunar Embassy or a similar site, Finkelstein said, those claims will never be recognized.

That should settle the question. Nobody owns the moon.

But still Bangladeshi youth SM Shahin Alom and SK Shakil Hosen and now drama maker Himu Akram has spent US$ 24.99 each for “buying plots on Moon”. This is not the end of the madness. Sheikh Md Khokan, an employee of Crown Entertainment has purchased a plot on Venus. Yes, he is the first Bangladeshi owner of a plot on Venus.

Talking to this correspondent, Sheikh Md Khokan said, everyone is buying plots on Moon knowing full well that Moon doesn’t have any light of its own. On the other hand, Venus is considered as the planet of fortune. So, I have decided to buy a piece of fortune, which can change my life and fulfill all my dreams.