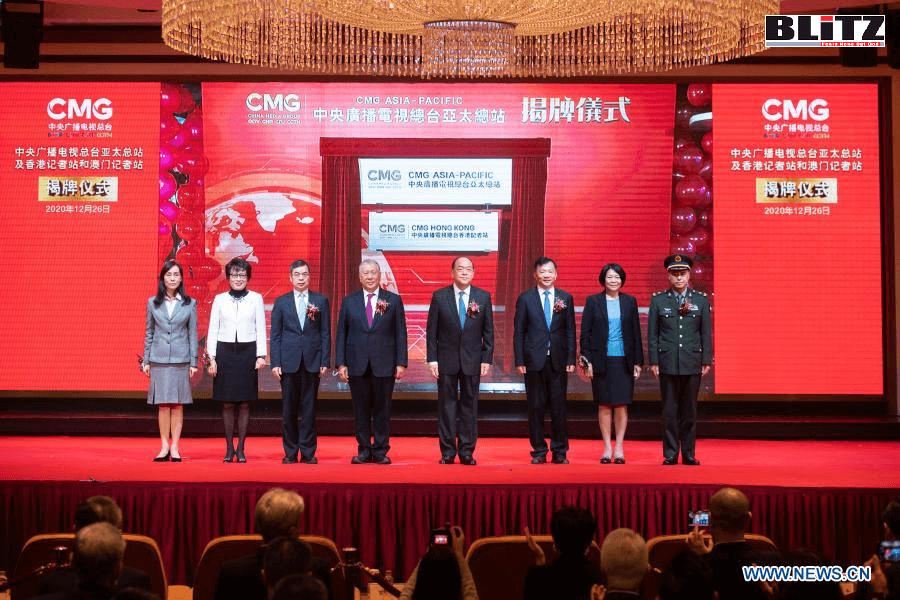 The China Media Group (CMG), China’s major broadcaster, launched its Asia-Pacific branch and the sub-branches of Hong Kong and Macao special administrative regions on Saturday in the two cities via “cloud links.”

The broadcaster would take full advantage of the unique features of Hong Kong and Macao, where Eastern and Western civilizations blend, to tell stories of exchanges and mutual learning between civilizations, of multilateralism and free trade, and of pursuing common prosperity and development by different countries and regions, he said.

The CMG also launched the shooting of a 4K ultra high-definition documentary film aiming to record the rich culinary culture of Macao, a UNESCO-designated Creative City of Gastronomy.

Inaugurated in April 2018 as part of China’s wide-ranging institutional reshuffle, the CMG is a new broadcasting platform made up of the China Central Television, the China National Radio and the China Radio International.