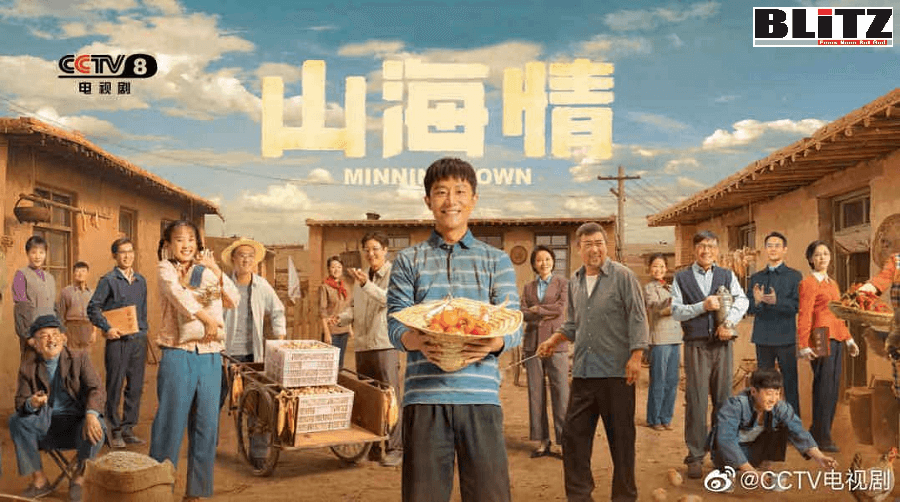 Recently, Shanhaiqing, a Chinese TV series about poverty alleviation, has drawn great attention. Directed by Kong Sheng, it tells the story of people and cadres in Xihaigu who, in response to the call of national poverty alleviation policy since the 1990s, have completed their relocation to other places. With the help of their counterparts in Fujian, through hard work and unremitting exploration, they have transformed a metaphorical “dry beach” into a golden shore. Writes Gu Xinyang

The story of Shanhaiqing comes from real history. It may seem like an ordinary teleplay, but many precious things can be learned from it, like the efforts of poverty alleviation cadres and the yearning for a better life in the villages.

Every character in the play is striking. Though they are ordinary people, their stories have moved everyone. The barrenness of the northwest in the past surprised us, but children’s pursuit of the outside world touched us. What’s more, we are also affected by professor Ling’s contribution to the construction of Northwest China and teacher Bai’s deep love for her students. It not only shows the hardships of poverty alleviation in those days in Minning town, but also depicts many cadres who sincerely serve the people.

Nowadays, with rich material life, why would people miss the barren and scarce times of the past? I think probably the reason is that it is a collective memory unique to our nation, which also shapes our national character: diligence, kindness, humility and tenacity. Although people were poor at that time, they had great strength. As Lu Xun said, since ancient times, the Chinese people have immersed themselves in hard work, fought for their lives and sacrificed themselves to seek prosperity.

In the TV series, Shuihua‘s life experience is particularly touching. It shows a woman’s optimism in the face of suffering. She is educated and intelligent. Although she was forced to drop out of school and later married and had children, she had a kind of stubbornness that did not yield to fate. She firmly endured hardships ordinary people could not bear, and strongly believed she could change her life with her own two hands. The most shocking and moving scene was when she trudged more than 400 kilometers to relocate in seven days and nights with a rickshaw, where her disabled husband and young daughter sat. This was already admirable and impressive, but then she took the initiative to learn the technology of growing mushrooms, and opened a supermarket, then became director for village women.

In fact, we can see our national character in Shuihua and others in the teleplay. This is the eternal hope of our nation. No matter how difficult life can be, with an indomitable will and an optimistic attitude toward life, we can always resist challenges.

With the unremitting hard work of the nation and the people, China’s rural areas have changed greatly. Infrastructure construction in rural areas, such as water, electricity, roads, gas, housing and communications, has been sped up, and basic public services, like education, medical care, health care and social security, have also been greatly improved. Although there is still a big gap between cities, there is a great deal of potential for vigorous development in the 14th Five-Year Plan period.

2020 was the year of building a moderately prosperous society, and it was also the year of fighting the epidemic together. Although there have been many difficulties in this year, as the program demonstrates, we never give in and never will.