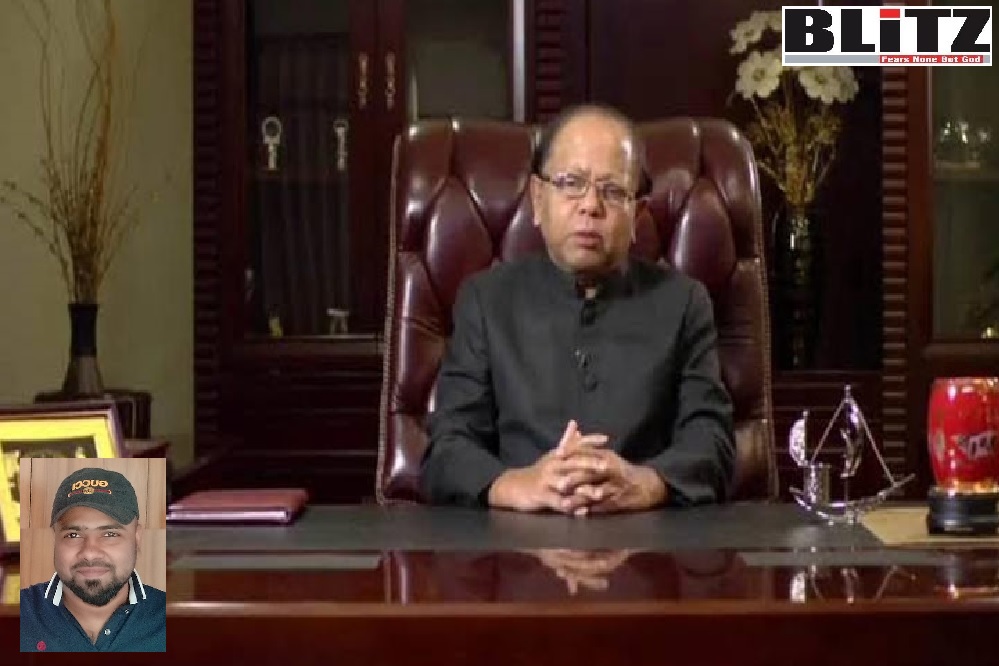 A docufilm has been made on the life of veteran freedom fighter Immamul Kabir Shanto by talented filmmaker Shoyeb Sadik Shojib. This docufilm will be screened on May 30. Name of this docufilm is ‘Deeptopran’.

Shoyeb Sadik Shojib said, ‘Deeptopran’ is not a type of documentary. Instead viewers will think as if they are watching a film.

In Bangladesh entertainment sector Shoyeb Sadik Shojib enjoy repute for his ability of portraying any topic magnificently through the lenses of camera. His works have been appreciated by the viewers and critics. His full-length Bangla feature film ‘Suzuki’ which is based on the life of indigenous Santals is awaiting release.

Lily Islam, a professor and director of public relations at the Department of Music at the Shanto-Mariam University said: “We had to consider multiple issue while making this docufilm on the life of a legendary and creative individual like Immamul Kabir Shanto sir. So, after lots of scrutiny we thought young director Shoyeb Sadik would be able to do the job”.

Recalling the contributions of Immamul Kabir Shanto to Bangladesh, Waleed Morshed, Consultant to Sundarban Courier Service (Pvt) Ltd and all other concerns under the Shanto-Mariam Foundation since 2015 wrote:

He was indeed a person with a purpose in life and that was his agenda. The purpose was to serve the people of Bangladesh and to help the underprivileged. This was his vision and he saw a need to cater to his purpose because he was inclined towards development, where the underprivileged would be benefitted to undertake the tasks of the nation by becoming involved in activities.

What were these activities? He specifically saw that getting the underprivileged involved in their teen years in some form of skill development would be contributory to development in a way whereby they would continue to work around that skill and better themselves.

He was also willing to create centers of excellences in these basic skills which could eventually allow a mobilization of available resources which may be needed both domestically as well as internationally. However, as a first step, the skills that he focused upon were ones which encouraged self-dependency.

These skills involved basic national resources such as jute products, bamboo, leather, handicrafts, garments, tea, pottery, in addition to emphasizing information technology. He saw that these areas of focus would contribute to national development on level that was unparalleled.

He was even ready to decentralize these centers of excellences nationally so that it would not create unnecessary resource accumulation in one area but, rather, in each of the divisions, districts, and eventually the upazilas in due course.

Boundless courage, an exemplary work ethic and compassion for humanity are some of the characteristics of his strong personality and character. Lonely and childless in his private life, he considered around two dozen organizations as his family, with the staff as members of that family. He was always ready with a helping hand to anyone in need. He earned the respect of all, going by the simple names ‘Shanto Bhai’ or ‘Shanto Sir’.

‘Shanto Bhai’ took part in the Liberation War at the age of 17. On the very next dawn following the day the country won its independence in 1971, Mr. Shanto’s joy of victory was overshadowed by a tragedy when 11 of his fellow freedom fighter comrades lost their lives in the early morning of 17th December as the boat carrying them sank in the river Buriganga.

He established the ‘Shaheed Muktijoddha Smriti Foundation’ with the aim of preserving the memory of those friends and freedom fighters as well as fulfilling the expectations of countless freedom fighters. He looked after the welfare of the deceased family members by supporting them financially and morally. He also erected a memorial in their memory in Azimpur graveyard where nine of his friends were laid to their eternal rest.

He was a great admirer and supporter of Bangabandhu Sheikh Mujibur Rahman.

…Fearing arrest for protesting the killing of the Father of the Nation, the young Md. Imamul Kabir migrated abroad to settle in Germany. He was inspired by the Germans in seeing how they became a successful Nation even after losing two world wars.

Inspired by the German way of life, he returned back home in order to serve Bangladesh. He was also inspired by the biography of Mother Teresa and Che Guevara; but Bangabandhu remained the highest star in his esteem during his life and work.

Imamul Kabir Shanto soon realized that money was essential in order to the serve the country. He started Sundarban Courier Service. Due to his honesty and hard work, his business became well known all over the country and gained the trust of the people. He became a successful businessman, never looking back as he started to sow the seedlings of his dreams, providing employment to many people.

In 2003, he established the Shanto-Mariam University of Creative Technology in Uttara; one of the most active, creative and cultural higher education institutions in the region. Starting with one building, today it has massively expanded and is about to shift into a new building in their
own campus in Uttara. He took a minimal amount of fees so that those students of a non-affluent background could avail better educational opportunities, with many part-time income opportunities under the foundation where students could work to meet their educational
expenses along with their studies.

He was a pioneer in creating a job-oriented, design-based cultural and creative university in the whole region, overcoming many obstacles to introduce new subjects like Fashion Design and Apparel Manufacturing Management & Technology, Graphic design & Multimedia, Interior
Architecture, Fine Arts, Music and Dance. The University started with only 30 students; today it has around 4500 students. Due to the high market demand of these subjects, most students find employment during their internships. He also gave many scholarships to support meritorious and needy students.

He was ahead of his time in introducing distance education for everyone, so that students from remote areas can have the opportunity to educate themselves, but unfortunately this was discouraged. Now his dream has been realized as the world has recognized the need for online studies.

He founded the Shanto-Mariam Academy, Institute and other Research and Art Institutions. To encourage creative education, he opened one of the finest Art Gallery and Dance Studios. He also established garment factory in order to give hands-on training to the students of AMMT.

He established the Shanto-Mariam Foundation as a seedbed, where students developed their talents; now they have spread all over the world, earning both foreign currency as well as a good reputation for their work. One of his largest achievements in life was this – no student of this university is unemployed.

He did not take any kind of monetary help or support to run the University, despite the subjects required large amounts of expensive facilities and equipment. His central slogan was ‘Creative Destination of the Nation’ which became acceptable to all irrespective of caste, creed and culture.

In fact, he continued his relentless efforts to make this country beautiful and prosperous through the practice of culture. He was heard to have said ‘Religion is the belief of man but culture is the bond between people of all religion, caste and all tribes. This harmony is the protection of humanity. Imamul Kabir Shanto worked tirelessly for Bangladesh until death through the practice of art, literature and culture.