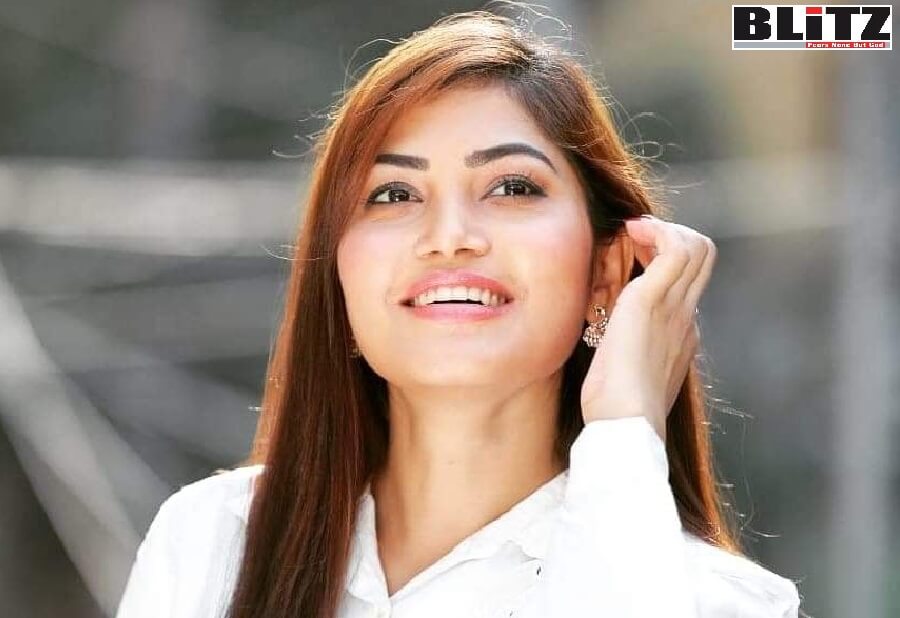 A young and talented actress Emila Haque is gradually expanding her arena of acting activities in Bangla drama industry. Currently she is working in single-episode and serials. During Eid ul Adha, a number of Emila’s dramas were aired on private television channel SATV. Those are Pet Men, Big Mia Saadi Mubarak, Domesticated Men etcetera. These aired television fictions and serials were directed by Kaiser Ahmed. Popular actor Jamil Hossain was her co-artist.

Meanwhile, Emila told this correspondent that she also has worked in a number of television fictions which will be aired soon. Those are Labu BCS directed by Obaid Rehan, where Mir Sabbir is her co-artist.

Emila said, “I want to put more focus on the small screen. I am with drama. I am currently working in several TV serials although shooting of these projects had to be paused due to lockdown”.

Its not only Emila alone. New faces are regularly entering the drama industry, and many of them are succeeding in winning the hearts of the viewers. With the expansion of digital platforms in Bangladesh, both YouTube and OTT platforms, Bangla drama is seeing a huge prospect. Currently thousands of dramas are being produced in the country, mostly targeting the television channels, while in the recent years, YouTube is gradually emerging as a powerful platform for dramas as many of the local YouTube channels draw millions of viewers on majority of the contents. Amongst the YouTube channels, CD Choice, Ganer Dali, Dhruba TV and Eagle are on the dominant position. Recently a large business and media conglomerate in Bangladesh has launched an OTT platform named ‘Chorki’, which is expected to play important role in promoting Bangla film and drama. Management of this OTT platform is already hoping to transform it into the hub of Bangla dramas and movies. Meanwhile, Indian OTT platforms such as Zee5 and HoiChoi are seeing grand success in drawing attention of the Bangladeshi viewers.

It may be mentioned here that, in Bangladesh, a country with 180 million population, almost 120 million people are using mobile phone while more than 70 million use smartphones. Similarly, in India’s West Bengal province, there are over 90 million Bangla-speaking population, where the number of smartphone users are also above 30 million. In brief, the size of prospective subscribers for Bangla content-based YouTube and OTT platforms is huge.

According to media reports, by December this year, a new company is going to begin operations with several digital platforms. Recently, commenting on the launch of Zee5 services in the US, Bob Giddings, Head of Business Corporate Affairs of Trishul, a company which is planning to simultaneously launch 3 digital platforms in December said, “This is truly a great initiative. There are hundreds of millions of Hindi-speaking or Hindi-understanding populations in the world. Even in countries like Russia, where Hindu is not a language of the masses, Hindu films and dramas have been extremely popular for decades. In Russia, majority of the people know, for example, the names of Dev Anand, Amitabh Bachchan, Sri Devi, Rekha, Dilip Kumar and today’s Salman Khan and others. These have become almost household names in Russia and many other countries in the world. Indian cinemas, dramas and daily soaps have massive prospects. But unfortunately, despite the fact of almost 230 million Bangla-speaking population in the world, we, neither Bangladesh not West Bengal have succeeded in spreading the reach of Bangla contents – movies, dramas and TV serials amongst major segment of the prospective viewers.

Bob Giddings said, Bangla film and drama sector would witness tremendous positive result once it can launch digital platforms with the capabilities of covering every prospective viewer in the world. This would also significantly enhance the flow of revenue from these sectors.

Describing the target of Trishul, Giddings said, “We are targeting the Bengali population as well as those Bangla-understanding people around the world. By strongly upholding the spirits, social and family values of Bengalis, our contents will have advantage over others, in quality in particular. We believe, there is massive possibility for Bangla films and dramas in getting attention and attraction of the non-Bangla speaking people once sub-titles in several languages can be added.

Why globally popular OTT platforms such as Netflix and Amazon aren’t focusing on getting access to the huge market of Bangla-speaking populace is possibly a mystery until now. But, Tajul Islam, Deputy CEO of Bangladesh’s leading drama and content production company said, “I don’t believe Netflix or Amazon aren’t thinking about this massive market. Possibly they already are working on it”.

Commenting on the future of Bangladeshi YouTube channels, Syed Iqbal, Chief Operations Officer of Crown Creations, a promising marketing agency said, “With the advancement of technology, gradually everything will go digital. This is just the beginning of a new era of digital age, where YouTube channels and OTT platforms will play dominant role”.