The news of a very untimely demise of our favorite actor Irrfan Khan is like a very sudden tsunami to every member of the entertainment industry. Khan has starred in Oscar-winning English-language movies like Slumdog Millionaire and Life of Pi. He died in a hospital in Mumbai in India at the age of 53.

Khan’s spokesperson confirmed the death to a number of international media, including Blitz. The actor had been battling a neuroendocrine tumor since 2018, and was admitted to the hospital last week, diagnosed with a colon infection. In a statement to the media, Khan’s family said he was surrounded by loved ones at the time of his death.

“Irrfan was a strong soul, someone who fought till the very end and always inspired everyone who came close to him,” the statement read, in part. “We all pray and hope that he is at peace.”

The actor, born Sahabzade Irfan Ali Khan, was a trained performer, studying at the National School of Drama in New Delhi and making his film debut in the Mira Nair–directed drama Salaam Bombay! in 1988. But he didn’t break out as a leading man until starring in Asif Kapadia’s 2001 drama, The Warrior, later making a splash in Bollywood with films like Haasil and Maqbool, a contemporary adaptation of Macbeth.

To international film viewers, Khan is perhaps best known for appearing in films like 2008’s Slumdog Millionaire, the wrenching drama about a boy competing in the Indian version of Who Wants to Be a Millionaire, which eventually won best picture at the Oscars. Khan also starred in critically acclaimed films like The Lunchbox, The Namesake—an adaptation of the Jhumpa Lahiri novel—and Life of Pi, Ang Lee’s 2012 adventure drama.

In 2018, the actor went public about his cancer diagnosis, quoting Gone With the Wind novelist Margaret Mitchell: “Life is under no obligation to give us what we expect.”

“The unexpected makes us grow, which is what the past few days have been about,” he wrote in a statement. “To those who waited for my words, I hope to be back with more stories to tell.”

Kejriwal described Khan as “one of the most exceptional actors of our time” and said that he is shocked by the sad news.

“Shocked to hear of the demise of Irrfan Khan, one of the most exceptional actors of our time. May his work always be remembered and his soul rest in peace,” Kejriwal tweeted out.

The actor lost his mother, Saeeda Begum, on Saturday in Jaipur.

“’I trust, I have surrendered,’ these were the some of the many words that Irrfan expressed in a heartfelt note he wrote in 2018 opening up about his fight with cancer. And a man of few words and an actor of silent expressions with his deep eyes and his memorable actions on screen. It’s saddening that this day; we have to bring forward the news of him passing away. Irrfan was a strong soul, someone who fought till the very end and always inspired everyone who came close to him. After having been struck by lightning in 2018 with the news of a rare cancer, he took life soon after as it came and he fought the many battles that came with it. Surrounded by his love, his family for whom he most cared about, he left for heaven abode, leaving behind truly a legacy of his own. We all pray and hope that he is at peace. And to resonate and part with his words he had said, ‘As if I was tasting life for the first time, the magical side of it’, read the statement released on the actor’s demise. 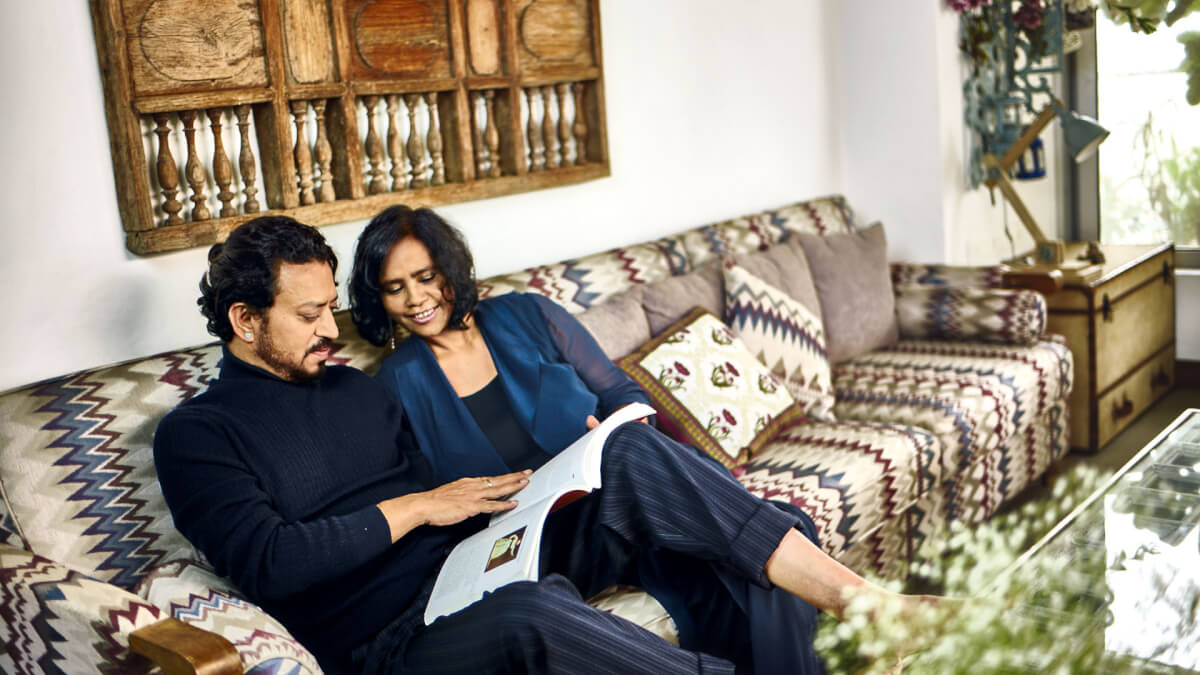 Irrfan Khan was a skilled cricketer and was selected for CK Nayudu Tournament– a stepping stone to First-Class cricket for under 23 players. However, he did not turn up for the tournament owing to lack of funds.

Khan was a role model to a large number of actors of our time.

Shah Rukh Khan, who worked with Irrfan Khan in 2009 movie Billu, remembered the late actor in a message guaranteed to shatter your already broken heart into a million little pieces. Shah Rukh also attached a black and white throwback photo, featuring Irrfan and described his one-time co-star as his friend, inspiration and much more. “My friend… inspiration and the greatest actor of our times. Allah bless your soul, Irrfan bhai… Will miss you as much as cherish the fact that you were part of our lives,” tweeted Shah Rukh and added an Urdu sher by poet Mir Taqi Mir. Shah Rukh and Irrfan’s film Billu was directed by Priydarshan and produced by SRK’s Red Chillies. Irrfan featured as a poor barber while Shah Rukh transferred his real-life persona into his onscreen character, playing a superstar.

Meanwhile, tributes have poured in for the Piku star, remembering him as the magnificent actor he was, from all of Bollywood. Megastar Kamal Haasan also mourned Irrfan Khan on Twitter. Amitabh Bachchan, Priyanka Chopra, Akshay Kumar, Ajay Devgn, Sonam Kapoor, Kajol and others have flooded twitter, saying: “You are the best we have.”

Angrezi Medium remains Mr Khan’s last film. Irrfan Khan, who was diagnosed with a neuroendocrine tumour in March 2018, completed the shooting of Angrezi Medium in a few months last year. Irrfan, who was undergoing treatment for cancer in London, returned to the English capital after wrapping Angrezi Medium. Just ahead of the trailer release of Angrezi Medium, Irrfan told his fans via a video message that he won’t be part of the film’s promotions, hinting at his declining health.

From the Bangladeshi fans of Irrfan Khan, we are sending deepest condolence to his wife, two sons, relatives and millions of fans and admirers.

Tajul Islam is a film director and member of the editorial team of Blitz. He also is the Deputy CEO of Crown Entertainment, one of the largest production houses in Bangladesh.