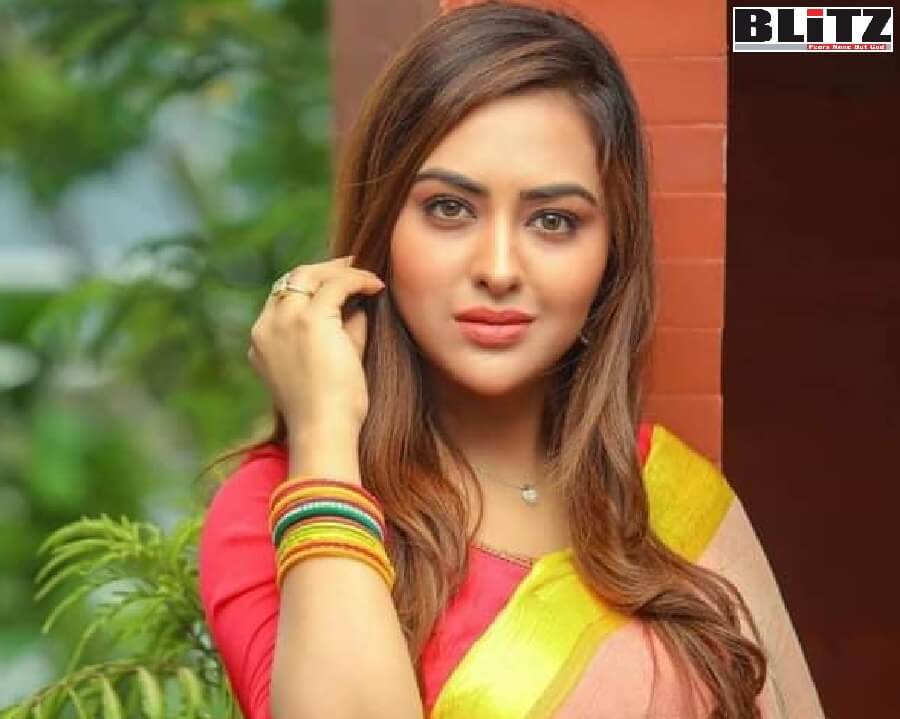 Several years ago, Tanha Tasnia Islam, who is known in the media as Tanha Tasnia began her journey through her debut movie Bhola to Jayna Tare, which was directed by Rafiq Sikder. On her initial success, she also was cast in Shafiq Hassan’s film Dhumketu and popular filmmaker Zakir Hossain Raju’s Bhalo Theko. Now this film actress has also started working in dramas. During the upcoming Eid ul Azha, Tanha Tasnia will be sharing screen with two stars of Bangla drama – Mosharraf Karim and Afran Nisho. Recently, Tanha Tasnia has spoken to Blitz, where she has discussed about her ongoing acting projects as well as future plans.

BLiTZ: You have been mostly busy in the film industry ever since you have stepped into the media. Now you are also busy in the drama circle. During the upcoming Eid, you will be seen in several dramas. Can you name few of your Eid dramas?

BLiTZ: You have worked with two of the star performers of Bangla drama, Mosharraf Karim and Afran Nisho. How was the experience?

Tanha Tasnia: [Brother] Muharraf is a genius. He himself is a school. He was extremely helpful to me and I have learned a lot. Working with Mosharraf Karim is a great privileged. At the same time, my experience of working with [brother] Afran Nisho was a matter of great excitement. I am happy as I have always been his huge fan.

BLiTZ: Do you think, your current engagements in drama may keep you aloof from the film?

Tanha Tasnia: Currently there isn’t much things to do in the film industry. So, I want to keep myself busy in the drama industry. Moreover, I believe, an actress should not just stick to any particular segment of the showbiz. We need to remember; this is the age of OTT platforms and YouTubes channels.  We need to cope with this advancement of technology. Just what we need is – to give our best efforts in whichever segment of the showbiz we do engage ourselves. Most importantly, I don’t believe, a film actress should not work in drama.