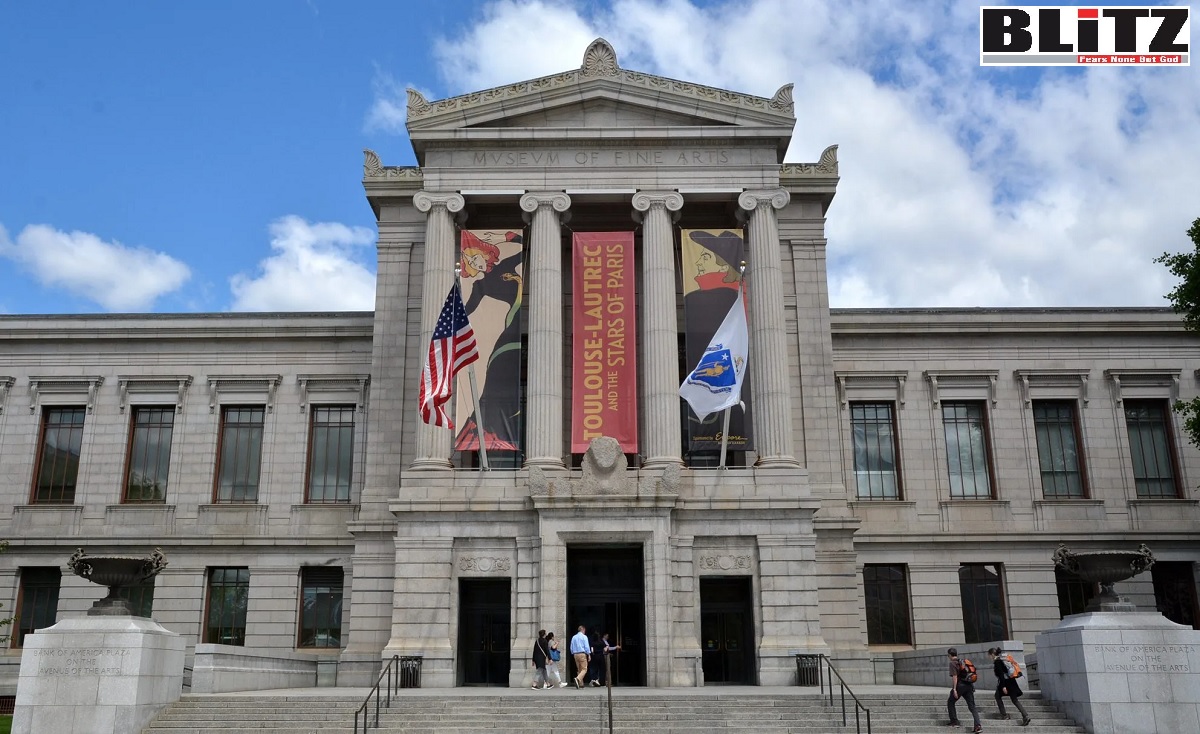 Joseph Mallord William Turner (1775-1851), the English Romantic artist who lifted landscape and seascape painting to new and enthralling heights will never cease to amaze, inspire and make us question what we thought we knew about painting, about what colored pigment on canvas can do. “Turner’s Modern World” at the Boston Museum of Fine Art allows viewers to revisit and rediscover this modern ‘Oracle’, as the philosopher Deleuze would refer to him. Turner is indeed like the Oracle of Delphi, not simply because his work evinces the ambiguity and mystery that was characteristic of the Oracle’s pronouncements; but because the Oracle was a priestess of Apollo, Olympian god of the Sun and Light – and Turner is, in his way, also a priest of Apollo: a painter for whom the Sun is truly an appearance of the divine.

We must never forget Turner’s final words on this earth: “The Sun is God.” That is the key to Turner’s art. The Sun, the light, the eternal, the divine. No matter what he was exploring – the latest technological innovations, a cannon foundry, a speeding train, the growth of modern industry, it was with a mind to what is abiding in the evanescent, the kernel of eternal truth hiding within the ever-fleeting moment. That is what painting can do – it can transcend time; or rather act as a kind of time machine, color and light can transport us across the eons.

This exhibition underscores Turner’s drive to paint the world he saw changing around him; not only to confront modernity but to create works that are no less daring than the industrial revolution that he saw taking shape in England, first and foremost. The contemporary painter, Adrian Ghenie, emphasized just how revolutionary Turner was to paint a speeding train when no one else was doing anything of the kind.

Several of Turner’s greatest achievements in oil are in display here, including “Hannibal and his Army Crossing the Alps” (1812), a tour de force which revels in the indomitable power of the natural world, the insignificance of mighty armies even as they strive to conquer the unconquerable. The painting features Hannibal’s famed Carthaginian army, elephants and all, beset by a massive storm as it struggles to make its way into Italy amidst the towering peaks of the Alps.

The devastation of war is a recurring theme in Turner’s work, and unlike his contemporaries Turner is willing to forego the occasion to bolster national pride or the patriotism of its fallen heroes. In “The Field of Waterloo” (1818), Turner’s great tragic vision of war, “The…  dead of both sides lay intertwined, nearly indistinguishable surrounded by the gloom of night.” Near the bottom center there are three women. The one farthest from us is bearing a child and in her right hand a torch which illumines the sea of mangled bodies. Beside her is another woman struggling to keep a third (also with child) from collapsing outright. Turner reflects not only on the dead and dying, but on the widows and orphans that war produces.

“The Battle of Trafalgar, as Seen from the Mizen Starboard Shrouds of the Victory” (1806-8), is among the most ambitious and extraordinary paintings included in the exhibition. For Turner’s contemporaries the painting was a ‘British epic picture… the first picture of the kind that has ever… been exhibited.’ It is indeed an epic depiction of Admiral Nelson’s defeat of the French and Spanish navies at Trafalgar on 21 October 1805. However, it is also much more than that. Ships close in on one another, with claustrophobic proximity; creating a wilderness of masts and sails and smoke in the upper three-quarters of the canvas. The viewer hovers above Nelson’s flagship Victory, where we can see the French have finally conceded defeat by laying their tricolour flag on the deck; but just beyond that Nelson lays dying, struck by a French sniper’s bullet. It is a painting in which tragedy and triumph are intertwined, as close to each other as the ships themselves: victory is won but at a steep price.

“The Slave Ship” (1840) is undoubtedly one of Turner’s greatest masterpieces – a painting which his friend and critic John Ruskin would praise above all others, observing that it is “the noblest sea Turner ever painted, an, if so, the noblest certainly ever painted by man.” The scene depicts a slave ship that has thrown over a part of its “cargo” that is, human beings whose limbs can be seen as they are tossed among the violent waves. It is a scene that cries out against man’s inhumanity to man. As Ruskin points out, the masts of the slave ship “are written upon the sky in lines of blood.”  Turner’s condemnation of the guilty ship is expressed with color, “that fearful hue which signs the sky with horror, and mixes it flaming flood with the sunlight.” The sinking sun itself seems to be enflamed by the horror it must gaze upon.

“The Fall of Anarchy” (c. 1883-4) is remarkable for being unlike anything else we might associate with Turner: half hidden within the mist and fog, a skeleton with its arms outstretched, lies sidelong over the back of a white horse. The vision is at once a terrifying one, but at the same time it is a moment of triumph, of victory. As we have seen, Turner is fond of these images that embrace ambiguity, where different, even opposing feelings intermingle.

Turner was no less a master of watercolor, and these paintings continue to astound us not merely or mainly for their virtuosity, which is undeniable, but for their expressive power, an “indistinct and harmonious magic,” as one contemporary critic put it – Turner’s ‘magic’ persuades us “… to consent to abandonment of solid truth and real nature altogether.” As with many of his oil paintings, Turner’s watercolors can verge on abstract expression: take for example “The Burning of the House of Parliament” (1834-5) and the ghostly “Adieu Fontainebleau” (1841-2). Look at Turner’s “Vignette Study for Kosciusko’” (1835-6), and the “’Sauve Qui Peut’: Column of Red Figures, Some on Horseback” (1841-2) which is no less extraordinary for its abstract minimalism.

Among Turner’s many achievements, perhaps none was greater than what we might call his liberation of color. That is, color is liberated, first and foremost, from reality: it is no longer beholden to the requirements of realist representation. For Turner, Light is not a symbol of the divine – it is divine, but if that is so then so is color: Light and color are both an appearance of God, a kind of theophany. Turner is led toward the emancipation of color because it is only thereby that the painter can use color not simply to represent reality but to represent divine reality, the eternal truth of the sensible reality, of the fleeting and intransient moment. Turner’s paintings are of a world in constant flux, a world of towering impermanence – what unites them all is light and color. It is through light and color that the sensible present is touched by eternity.

Turner’s greatness simply cannot be measured because he always remains ahead of us: an impressionist a hundred years early, and an abstract expressionist two hundred years ahead of his time. I am sometimes inclined even to think that his limitations such as they were – the human figure, for example, was never his forte, but even this was a kind of blessing, because in some way it seemed to make him less wedded to representation. His genius was to turn even his faults into virtues. His figures become nebulous, ghostly, merely hinted at, less tied down to the earth, more transient, and ephemeral. It allows him to reveal what is eternal, what is truly real and divine: Light, whether on a moonlit night, or at the dawn of time.