In my entire journalistic career of over 30 years, although I have interviewed heads of states, politicians, academics, and some of the popular names from various walks of life, I have hardly interviewed an actor. But for a particular reason, a promising Bangladeshi actor Rani Ahad [full name Mahmuda Ahad Rani] caught my attention. He is humble, intelligent, focused and above all – not running for big media buzz like most of the members of the entertainment world.

Recently she came to the limelight of Bangladesh media after playing the lead role in a special length film named ‘Jonok O Shontan’ (Father and the Child), where she has played the role of a Birangana [female war heroes of Bangladesh]. 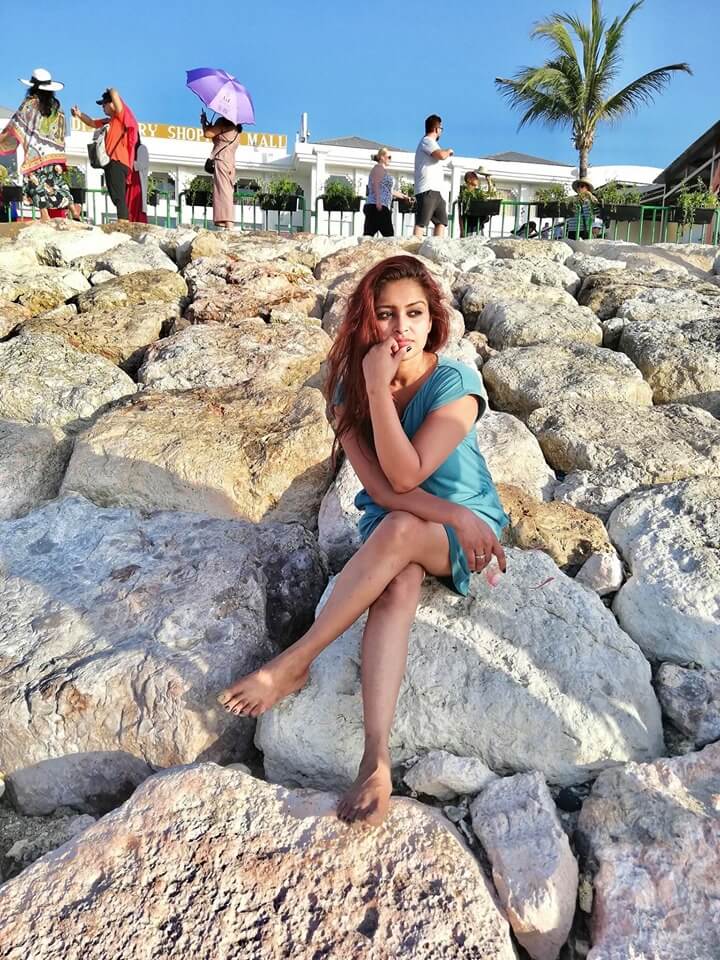 When I asked what she would do if she would find Aladdin’s magic lamp, an ever-smiling Rani said: “I would make a Taj Mahal for my parents”. This particular reply won my heart as she has exhibited the degree of high-respect for her parents. I am sure, her parents are very proud to have such a wonderful child. Through this reply, Rani has left a strong message for everyone in the world. Rani’s message is – parents are so precious and special and they deserve the highest love from their children.

Recently, I sat with Rani Ahad for an exclusive interview at a quiet café in Dhaka’s Gulshan area. It wasn’t exactly a Q&A type interview. We had casual talks on various issues and topics and finally I had to select some of her best answers and comments, which would give Rani’s fans and critics an excellent scope of knowing her better. Here are the excerpts:

Blitz: You began your career in the media as a model. When did it happen and how?

Rani: I had no plan to work in the Media. However, on a certain day one of my closest friends who was a well-known photographer in Bangladesh named Kripa Islam, offered to take some pictures of me for personal use only. After I uploaded the pictures, I was offered from various places for different kinds of photoshoots. The first shoot I ever did was for ‘Kaler Kontho’ newspaper. I was featured on one of their headlines and magazines. Soon after, I got a call from one of the top brands of Bangladesh named “Walton” on the reference of a friend of mine named Ashfaq to do a TVC shoot for their company and play the role of a Brand Ambassador. They selected me almost immediately when I went to their office to attend the meeting. This is how my career in the Media started in 2015.

Blitz: How did you get inspired in expanding your arena into acting?

Kajol is and will always be my favorite actress and she is my biggest inspiration. I have always loved Bollywood ever since I was a child. I was always fascinated by the way she acted so naturally. I even tried practicing on my own. Eventually, my dreams died as I grew up, but luck played it’s dice and made it come true. 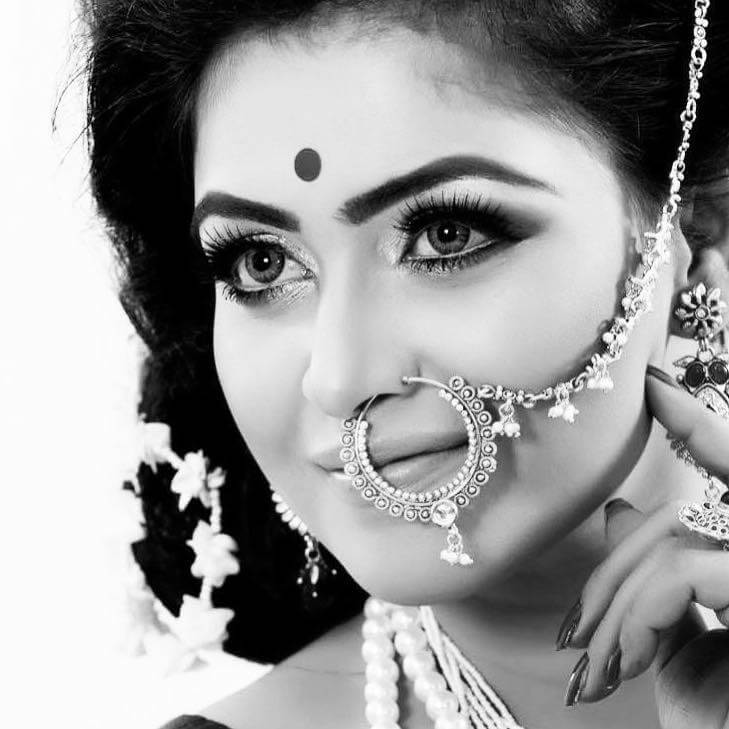 Rani: It is true that Bangladeshi channels are not widely available not just in India, in any other country as a matter of fact. As a Bangladeshi, I think and wholeheartedly wish our channels would be available all over the world so that the culture of our country can be known to the foreign people and moreover the people of our country who live abroad do not forget their cultural roots. However, In India’s case, Bangladeshi films have a huge fanbase mostly in Kolkata. I think the operators should expand their supply and make the channels available all throughout India. A good addition would be the addition of subtitles so there would be no language barrier.

Blitz: As an actor, what is your future dream? More precisely, which role you would love to play?

Rani: As an actor, I want to become a successful Actress, I prioritize acting and my work more than glamour and luxury.  I want to work in such a way so that people remember me for a lifetime in a good way, even if it is something small.

Blitz: Do you aspire to further expand your presence in the media by working in Bangla films and do you have such offers?

Rani: I love acting, so if I get a good opportunity, I will try my best to seize it. I get a lot of offers but the work environment does not favor my side. My first movie debut was ‘Jodi Ekdin’. I did it on a request, not one of my best works but everyone appreciated my role and really liked it. I got a lot of acknowledgment for it. To be honest, our wishes don’t really matter in the Media sector of Bangladesh. Bangladesh is filled with amazing Actors and Actresses but every time there is a big budget or a good show to be made Indian actors and actresses are brought for the work. Which is why the amazing artists of our country are not making any progress. Hence the country isn’t making any progress either.

Blitz: Recently you have played the lead role in a special length film titled ‘Jonok O Shontan’ (Father and the Child). Can you please tell us about this film and your role?

Rani: Firstly, I would like to say that the name itself is so beautiful that pronouncing it gives a specific warmth to it. I became very emotional multiple times while working for this film. I never knew that people could go through so much pain in life. I could practically empathize with the character. I went through all kinds of experience during this shoot, some were tough and some were easygoing. The whole team was very nice, especially our director Mr. Nur Muhammed Moni. It is my pride, that I could work with such a great team and act in the role of such a beautiful and amazing character. I would like to express my profound thanks to Crown Entertainment, which has produced this special-length film.

Blitz: Do you enjoy your popularity, especially when you visit any public place? Or it hampers your private life?

Rani: I don’t think I am that popular to gather a crowd wherever I go. I am not very fond of it either. I like being ordinary. Everyone around me treats me as one of their own and nothing extravagant. I want to work among every kind of person, not having to label myself or anyone else. I am a very down to earth person, so I would rather keep it as it is.

Blitz: Would you please tell us something about your passion and hobbies? Rani: I love traveling, nationwide or internationally. Hills and seas are my favorites. I love flying in the sky, well I don’t have wings but we have para-riding for that!

I love going for a dip in the sea but I don’t know how to swim, so I depend on the life jacket.

I am a huge foodie. Absolutely love trying new cuisines, mostly authentic ones.

Watching movies is also one of my favorite leisure activities.

I love going on a long drive as well.

I may not look like it but I love arguing.

Blitz: Who are your most favorite actors and actresses in Hollywood?

And my favorite actresses would be Angelina Jolie, Scarlett Johansson and Jennifer Lawrence.

Blitz: If you love music, would you please tell us, what type of music attracts you most and who are your favorite singers? 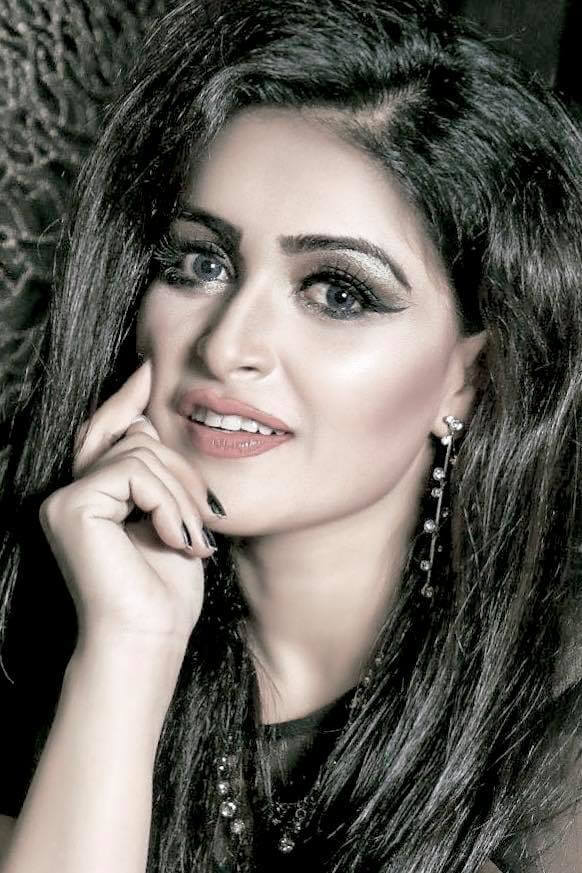 Rani: I love all kinds of music; I listen to whichever genre that favors my mood. There are many amazing singers like Jagjit Singh, Shreya Ghoshal, Sonu Nigam, Katy Perry, Jennifer Lopez, and Rihanna.

Blitz: Nowadays, educated people from respectable family backgrounds are joining the media. How do you assess this?

Rani: The Media should be considered a big platform for opportunities. Every individual who considers this work will certainly become successful. Nowadays everyone is working in the Media as the number of channels is increasing every day. However, the fact that it is increasing does not necessarily mean it is improving. It has to get better. Only then will people be passionate about their work and choose media as their profession.

Blitz: If you find Aladdin’s Magic Lamp, what will you wish from it?

Rani: I don’t like to dream. Aladdin’s magic lamp sounds completely fictional, even though if I ever get it hypothetically, I would wish for three things:

Salah Uddin Shoaib Choudhury is an internationally acclaimed multi-award-winning journalist, writer, analyst and editor of Blitz. He also is a lyricist, composer, and filmmaker.