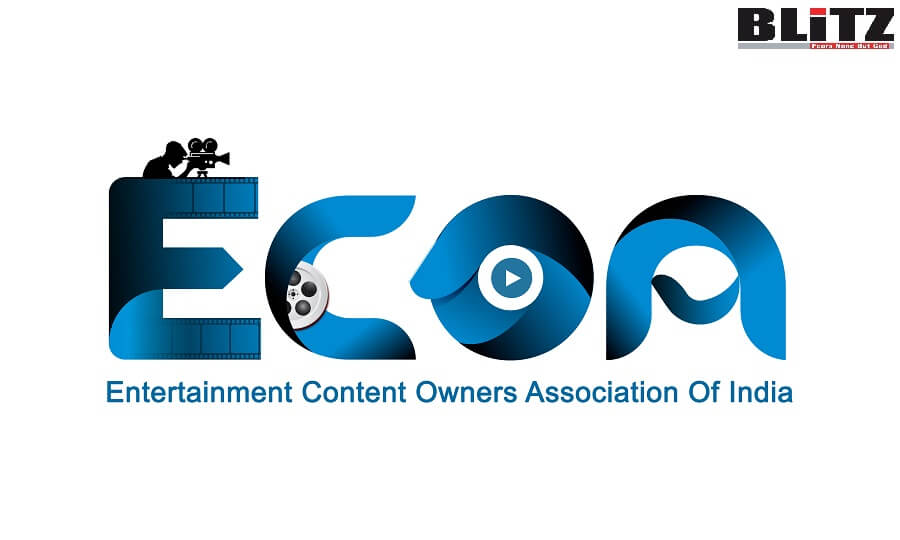 Indian Film Exporters Association, which was formed in 1963 to promote and facilitate the commerce of Indian Films abroad has been renamed as Entertainment Content Owners Association of India (ECOA) and now has a new contemporary logo to reflect its new identity. In its new avatar, ECOA embraces & extends its membership to all the entertainment content owners of all languages, genres & formats across all audio visual platforms: says ECOA President Sushilkumar Agrawal.

In a statement ECOA President Sushilkumar Agrawal said, “in its new avatar, ECOA embraces and extends its membership to all the entertainment content owners of all languages, genres and formats across all audio visual platforms”.

ECOA is also a prominent member of various important associations and apex bodies like FICCI and FFI.

Indian Film Exporters Association was formed in 1963 by Lim Billimoria and few other Indian Film Exporters to promote and facilitate the commerce of Indian films abroad. ECOA is symbolic of the changing times and acknowledges the meteoric growth of TV, OTT and Digital – hence the body also wanted to bring them in their purview & expand their membership to these platforms too.

Since its inception, ECOA has been representing, safeguarding and promoting the overall wellbeing of their members, who have been the Entertainment Content Owners of India. It has been playing a major role in securing various legitimate content rights of the holder. The body also resolves disputes concerning encroachments, Double Sale of Rights by the Producers & Copyright Holders.

ECOA President Sushilkumar Agrawal said, “We are extremely happy to rechristen and relaunch ourselves and outspread our services to more platforms. The landscape of entertainment has changed drastically in the current times both in terms of production and exhibition, hence bringing its own set of challenges along with it. We at ECOA invite all of you to be a part of our illustrious family & trust us with our history & expertise in safeguarding your content. So that you can focus on continuing what you are best in: Creating cutting edge content & entertaining mankind globally”.

ECOA will issue Notices to TV Channels, OTT, Digital and other existing and upcoming Platforms for Infringement and Violation of their Member’s Rights. ECOA has also has been coordinating with State and Central Governments, legislative authorities & other related departments for making representations for the reduction & revision in tariffs, taxation, levies, GST and other Policy matters etc.

ECOA is also planning to soon approach the Information & Broadcasting Ministry for appointing itself as an enlisted association for content registration and other related activities. ECOA will regularly also Publish Public Notice Ads on its website conveying trade acquisition of various contents & other rights disputes in the industry. It will also constantly disseminate Trade Centric Updated Information & Developments to the Members on a regular basis.

The body will also participate in Important Film Markets and festivals globally and represent the Objectives of the body and the interest of the Indian Entertainment Content Owners. ECOA has also been participating in the “Hong Kong Filmart” since 2011. The body has also been regularly participating in Ficci Frames, IFFI,Mumbai International Film Festival, Global Content Bazaar,Indywood Film Market, Jaipur International Film Festival, Global Exhibition Services and many others.