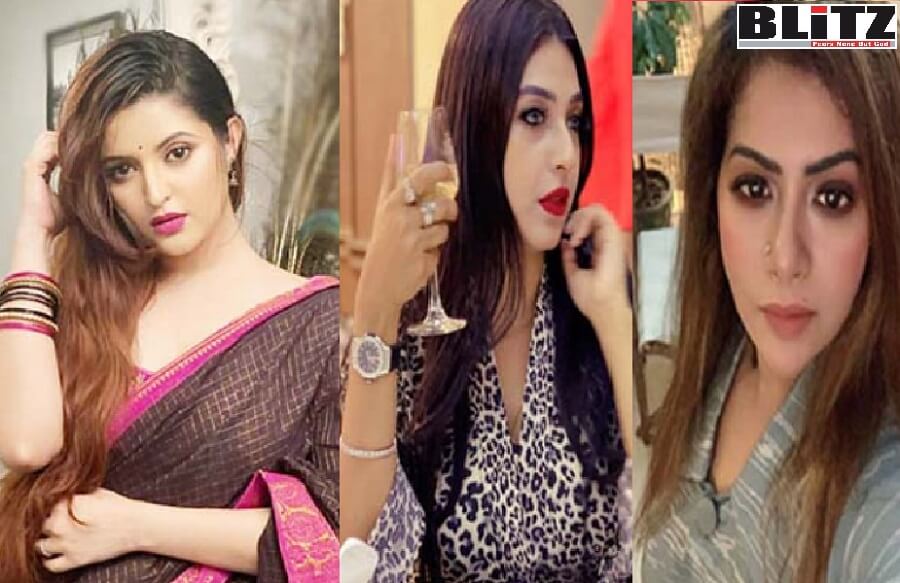 Rapid Action Battalion (RAB), elite team of Bangladesh Police has recovered huge quantity of liquor, yaba pills, gold bar and other contraband items from the apartment of controversial film actress Pori Moni. Meanwhile, keeping RAB team outside her apartment for almost one hour, Pori Moni and her domestic helps were busy in flushing liquor, drugs, contraceptives and other items in the toilet.

It may be mentioned here that, Pori Moni has been regularly dodging income tax, while she has been spending huge amount of money during foreign tours on a regular basis. A source claims, during most of these foreign tours, Pori Moni was accompanied by wealthy clients.

Following the arrests of model Faria Mahbub Piasha, Moriam Akter Mou and film actress Pori Moni, dozens of female members of the entertainment industry in Bangladesh are in terrified as many of them were regularly visiting private brothels of Piasha and other blackmailers.

Meanwhile, immediately after the raid at Pori Moni’s Banani residence, a team of Rapid Action Battalion started raid at the residence of a controversial film and drama producer named Nazrul Islam Raz. For years, Raz has been running illegal activities under the garb of film producer. His company’s name is Raz Multimedia.

Raz has been using the identify of a leader of the youth front of Awami League. Since 2009, he suddenly became filthily rich mostly through illegal and unsocial activities.

According to media reports, immediately after her arrest, Pori Moni started giving information about a number of individuals, including Nazrul Islam Raz and most of her accomplices, including a controversial female drama maker.

It is further learnt that Rapid Action Battalion may continue similar raids at the residences of the members of Dhaka’s showbiz as according to a source, majority of the female members of the Dhaka’s entertainment industry are running private brothels and arranging parties at their apartments, which are attended by wealthy individuals.

There also are allegations against several drama and filmmakers of extorting money through blackmailing individuals. One of the victims told this correspondent that she got acquainted with a drama maker in 2019 and since then she has been facing continuous threats from the drama maker and his gang members demanding huge amount of cash.

Meanwhile, there is specific allegation against a controversial film producer hailing from country’s Chandpur district. According to information, every evening males and females gather at the office building of the film producer where they are served with liquor and yaba pills.