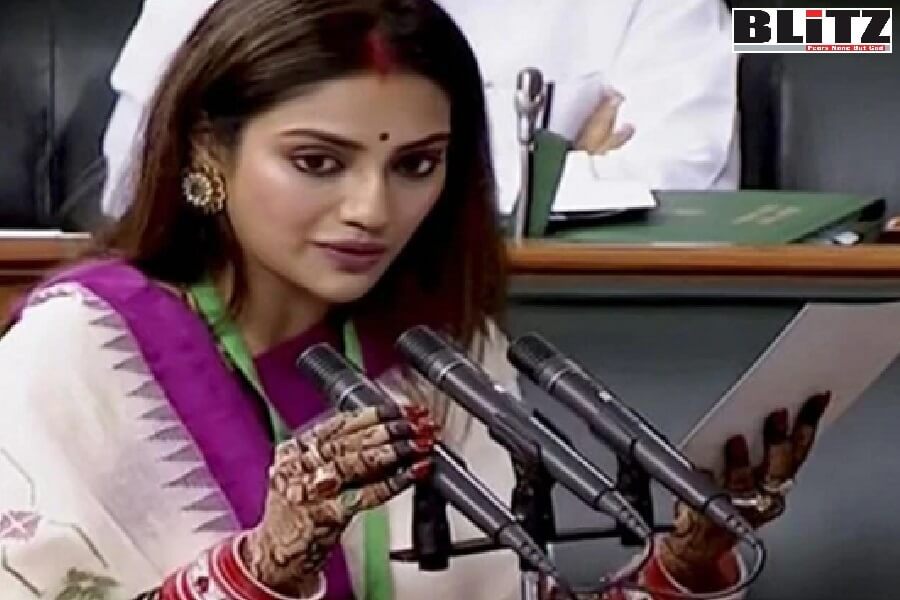 A close aide of Nusrat Jahan has confirmed that the Trinamool Congress (TMC) leader is pregnant and is now preparing for motherhood. While speaking to ABP News, the close aide, on the condition of anonymity, confirmed that Nursat is expecting a baby.

Trinamool Congress MP and Bengali actress Nusrat Jahan is a celebrity who is always known for taking her stand on multiple issues.

Nusrat remained in the spotlight due to her successful career in the field of acting, politics, and her marriage with Nikhil Jain who is a Hindu. Nusrat is few months pregnant and is busy taking care of herself and the baby.

The quote in her story read: “You will blossom in our own way.”

Even without uttering a single word, Nusrat sure managed to raise the heat of the ongoing speculation. As per reports on various Bengali news websites, she is six months pregnant. However, reports say that her estranged husband, Nikhil Jain, isn’t aware of the news.

All has not been well between TMC MP Nusrat Jahan and her husband Nikhil Jain. Reports of a split between the two surfaced soon after their marriage amid rumors that Nusrat was dating her costar, Yash Dasgupta.

In January, As the buzz about Nusrat Jahan dating Yash Dasgupta gets stronger, the actress-MP’s estranged husband, Nikhil Jain, has been actively sharing updates on his latest travel escapades on social media. Going by his posts and related captions, Nikhil is currently on a solo road trip across north India. After Himachal Pradesh and Punjab, he traveled from Delhi to Mumbai to meet his sister.

Nusrat tied the knot with boyfriend Nikhil Jain on 19th June 2019 in Turkey. Nusrat and Nikhil were married according to Hindu and Islamic traditions.

This is the first time MP has shared a statement confirming her separation with hubby Nikhil Jain. The statement is divided into seven points and highlights that according to ‘Turkish Marriage Regulation, the ceremony is invalid.’

Since an ‘interfaith marriage requires validation under Special Marriage Act’, the Bengali actress claims that their marriage did not receive one.

“The alleged marriage is not legal, valid and tenable; and thus, was not a marriage at all in the eye of the law,” the actress wrote.

In the statement she further explained the irrelevance of divorce in their relationship. She wrote, “As per the court of law, it is not a Marriage, but a relationship or a live-in relationship. Thus, the question of divorce does not arise. Our separation happened long back, but I did not speak about it as I intended to keep my private life to myself. Thus, my actions must not be questioned based on separation.”

In her statements, Nusrat rubbished the allegations of malpractices using her bank account. She wrote, “The one who claims to be “rich” and “been used by me” has been taking money from my Account by accessing by Bank Accounts illegally and by illegitimate means art odd-hours of the night, even post separation.”

Nusrat did not mention her husband’s name and addressed him as a ‘hero’, who is “giving one-sided stories to malign” her image.

She alleged that Jain’s family has ‘illegally held back’ her belonging. The actress wrote, “Also, my belongings, including my clothes, bags and accessories still remain with them. I am disheartened and disappointed to state that all my family jewellery, given to me by my parents, friends and extended family, including my own hard-earned assets has been illegally held back by them.”

The Tollywood couple never chattered about their private affairs until Nusrat decided to break her silence. Still, the Love Express actress has sternly requested “normal people” to not “entertain anything which is not related to them” and requested her ‘friends from the media to not give unnecessary mileage to such people or situations.’