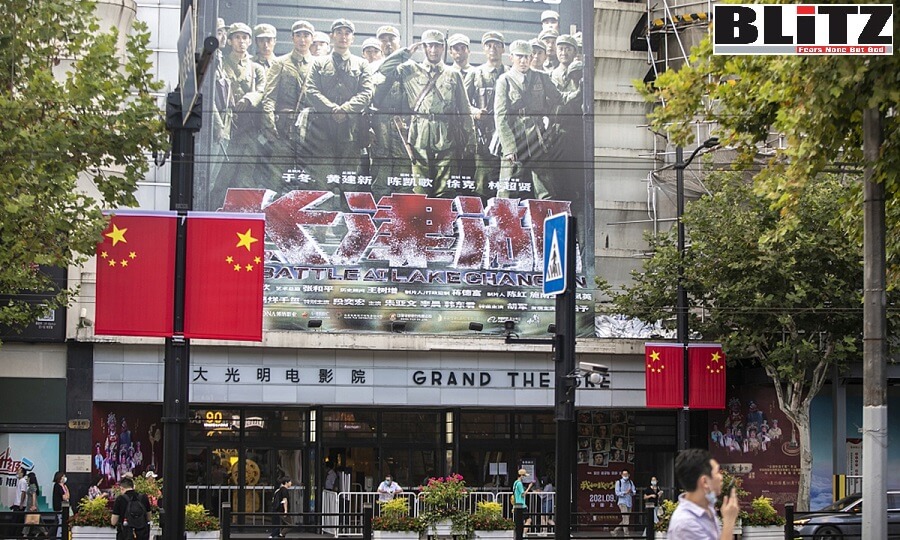 One day after the Chinese war epic film The Battle at Lake Changjin about the Korean War (1950-53) debuted on Thursday, its box office surpassed 516 million and broke 10 film records as of press time. By Liu Caiyu and Yu Jincui

One day after the Chinese war epic film The Battle at Lake Changjin about the Korean War (1950-53) debuted on Thursday, its box office surpassed 516 million and broke 10 film records as of press time. Observers said the movie’s success shows the national feeling displayed in the film echoes the rising public sentiment in safeguarding national interests in front of provocations, which has great implications for today’s China-US competition.

The overall box office for the movie has surpassed 516 million yuan as of press time, one day after it debuted around the country on Thursday, according to data compiled by Lighthouse, a box office tracker and film big data platform owned by Alibaba Pictures.

Besides that, the film also reported a record in the number of screenings on the premiere day in the National Day holiday.

The film tells the story about how Chinese People’s Volunteers (CPV) soldiers held their ground amid fierce cold and the enemy’s more advanced weapons during the War to Resist US Aggression and Aid Korea (1950-53).

A movie-goer who watched the film on premier day commented on Chinese social media Sina Weibo that after watching the film, they indeed had the feeling that Chinese people are not, and have never been, afraid of the US. 70 years ago, the US could not win the Korean War, and they can’t win today’s trade war either.

The Battle at Lake Changjin could be called as the ceiling of China’s industrial blockbusters and a milestone in domestic war film from the perspective of production scale and visual effects, many movie-goers posted online.

Song Zhongping, a military expert and TV commentator, told the Global Times that the high box office of The Battle at Lake Changjin was expected. “The war epic film sheds light on Chinese people’s spirit that the Chinese people are firm in safeguarding national sovereignty, security and development interests and that they are fearless whoever their rivals are,” he said.

Song emphasized that the film shows that the Chinese people don’t provoke troubles, but never flinch when trouble comes their way and are able to defeat provocations, which has great implications for today’s China-US competition.

In view of the long-lasting China-US strategic rivalry, China needs more films themed on the War to Resist US Aggression and Aid Korea, which is helpful to enhance China’s cohesion and confidence, said Song Luzheng, an international relations researcher at the China Institute of Fudan University in Shanghai.

He noted that the unyielding spirit of China in the strategic competition with the US is the same as what was conveyed in the Changjin Lake battle during the War to Resist US Aggression and Aid Korea. With strong material strength and foundation, today’s China is more confident to defeat provocations.

Changjin Lake (also known as the Chosin Reservoir by many) is located in North Korea. In November 1950, US-led UN forces headed north to Yalu River, the border of China and North Korea, claiming to win the war by Christmas.

The war was in a severely cold winter with temperatures of around -40 C. CPV soldiers did not only need to fight against US forces, but had to battle over the nature with their strong will.

Chinese People’s Volunteers Army confronted with the US contingent stationed near the lake and won the battle by fighting against impossible odds. The Battle of Changjin Lake became a pivotal moment in the War Against US Aggression and Aid Korea.