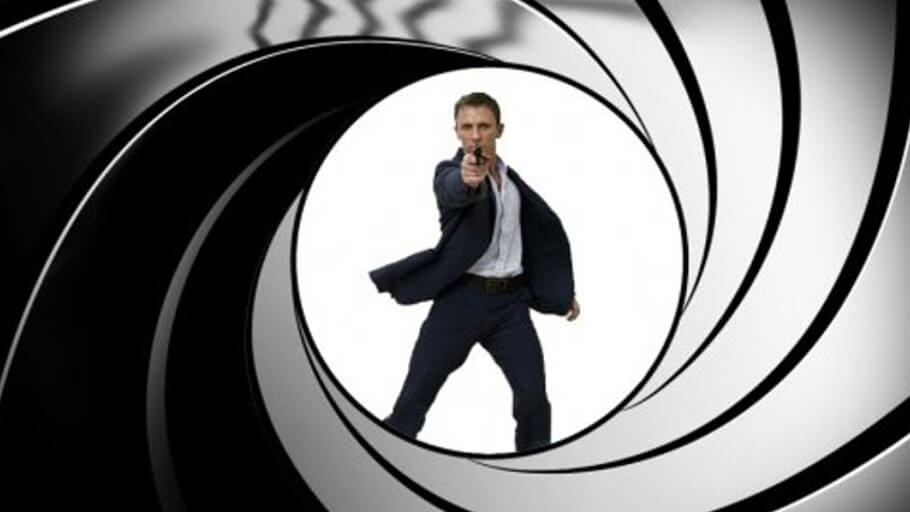 My name is Baum. Jacob Baum.

With all the interest this past year in the prospect of having Idris Elba portray a black James Bond, it was only a question of time before the diversity movement inspired some studio to create an exciting new cinematic franchise — a Jewish James Bond. Of course, with the Hollywood powers consisting of so many Jews, the only mystery is why this hadn’t been done long before now.

Due to my extensive Hollywood contacts, I was able to acquire advance information on the new film series, including the fact that Baum is to be portrayed by Andrew Garfield. Therefore, allow me, if you would, to offer you an advance look at someone who just may cause an international sensation when he one day introduces himself as: “Baum. Jacob Baum.”

A little background on our new Hebraic action star…

Jacob Baum’s resume lists “Spy, Detective, Martial Artist, Assassin” as his primary occupational skills. But his passions are Chess, Mahjong, speed walking, yoga, coin collecting, and miniature golf. Owing to the fact that his parents put him up for adoption before he was conceived, Baum has abandonment issues. Consequently, he never makes friends or long-lasting relationships, his steadiest relationship is with his pet beagle, Yitzchak.

A brief overview of the Jacob Baum movies scheduled for release over the next decade:

Andrew Garfield’s first adventure as Jacob Baum pits him against supervillain Rabbi No (Jackie Mason), a PHANTOM member who is threatening America’s gefilte fish industry with a laser steroid weapon that causes the fish to swim so fast that they can’t possibly be caught without special gloves only available at WalMart.

From Libya With Love

Baum attempts to help Fatima Salim defect from Libya as PHANTOM attempts to get revenge on Baum by selling his embarrassing bar mitzvah party photos to TMZ. The film will mark the first appearance of PHANTOM’S leader, Kwame Feechi Kabbani.

The first film to introduce the iconic Baum girl Kreplach Galore, also features the shocking fate of Rivka Belkenstein who will be killed and covered head to toe with borscht by Chaim Blintzfinger, a madman who planned to contaminate the pastrami in delis throughout the world.

Jacob Baum heads to Bloomington, Minnesota to recover two rare Torahs stolen by PHANTOM agent Mugabe Oogoobabay and hidden at The Mall of America in an international Jewish treasures extortion scheme. During a climactic confrontation at the Cinnabon store, Baum gets Oogoobabay to reveal the location of the Torahs by holding his head down in a vat of the sweet, rich, cream cheese-based frosting.

On Her Majesty’s Secret Shvitz

The Queen’s favorite sauna is stolen and Baum is enlisted to recover it. He’s hot and sweaty on the trail worldwide, checking out leads to numerous saunas and steam baths to find the royal shvitz and return it. Along the way, he falls in love with Contessa Shula Esther Malka Lilah Rosenblatt and is once again targeted for death by PHANTOM’s Kwame Feechi Kabbani who ups the price on Baum’s head by offering a Tahitian timeshare condo for life for anyone who brings him Baum’s head.

Jacob Baum’s mission is to find out who has been smuggling knishes. Also, two assassins have been killing everyone in the smuggling ring by forcing them to eat an unhealthy amount of knishes. Baum adopts another identity and goes undercover as Moishe Shleigel, professional knish smuggler. What he discovers shocks him: the head of the knish smuggling ring is none other than PHANTOM’S Kwame Feehi Kabbani! Now, Baum must resist the temptations of a beautiful knish smuggler, Cholesterol Galore, and survive Kabbani’s two best assassins, so he can uncover Kabbani’s sinister plot and then, of course, try to lose the extra knish weight.

Several Israeli agents have been murdered and Jacob Baum is sent to Jerusalem to investigate these mysterious deaths. Along the way, he meets Mr. Halvah who is producing illegal desserts in his home, Boy Gevalt who has barbecue tongs for hands, Shmuel Yuel who combines the Israeli sport of mat-kot with ping-pong, and his old Hebrew school teacher who is now an armless international arms dealer. At the end, Baum is in therapy, dealing with his abandonment issue of nobody having made an attempt on his life in three weeks.

The Man With the Golden Mezuzah

Schwartz is a hit-man who charges a million dollars plus one brisket dinner per job. He becomes linked to the death of a scientist and part-time mohel who was working on a new laser circumcision process. Jacob Baum is called in to investigate and is drawn into a deadly game of cat-and-mouse with Schwartz’s professionally trained killer cat and mouse. Even as Baum enlists the aid of Miriam Dankeshayne, he must overcome ferocious odds to avoid being on the receiving end of one of Schwartz’s laser circumcisions.

The Spy Who Nagged Me

Baum teams up with Tel Aviv’s Agent Malkah Seltzer to prevent North Korea’s Kim Kim Cheree from triggering World War III and starting his own civilization under the sea, in space, and within T.J. Maxx stores. His first mission is to find out how a Royal Korean Polaris submarine holding sixteen nuclear warheads and three gallons of kimchee simply disappears whilst on patrol. Baum struggles to foil the plot, but Cheree has provided him with the most lethal adversary: Jews, a seemingly indestructible giant with a serious kugel addiction. Baum’s adventures takes him to the Egyptian pyramids, under the Korean seas and to a mountaintop rugelach factory chase that builds to one of the most amazing stunts ever filmed—Baum jumping his motorcycle over 1,000 stacked rugelach

Jacob Baum is on possibly his most brutal mission yet—going home to visit his parents during the High Holidays. They’re trying to set Jacob up with a co-worker of his father – divorcee, single mother, and author of If I Can Knit, You Can Knit, Rita, from Accounting. Baum is further shocked to discover that his parents have become international arms dealers, drug dealers, and operators of a day care center for the children of parents who are international arms dealers and drug dealers. Baum melts Rita’s heart and causes her to blush when he gives a TED Talk about how all of us have a secret agent deep within us.

Mark Miller has held positions as a nationally syndicated humor columnist for the Los Angeles Times, an interviewer and humor blogger for The Huffington Post (along with a wealth of other publications), a TV sitcom staff writer/producer, a stand-up comic in nightclubs and on TV, and a writer for comedians such as Jay Leno, Dana Carvey, Roseanne Barr, Rodney Dangerfield, and Jim Carrey. His first book, a collection of his humor essays on dating and romance, is 500 Dates: Dispatches From the Front Lines of the Online Dating Wars. But he says he’d trade all his success away in a minute for immortality, inner peace and limitless wealth. Follow his website/blog at: https://www.markmillerhumorist.com/. Reach him at: mark.writer[at]gmail.com