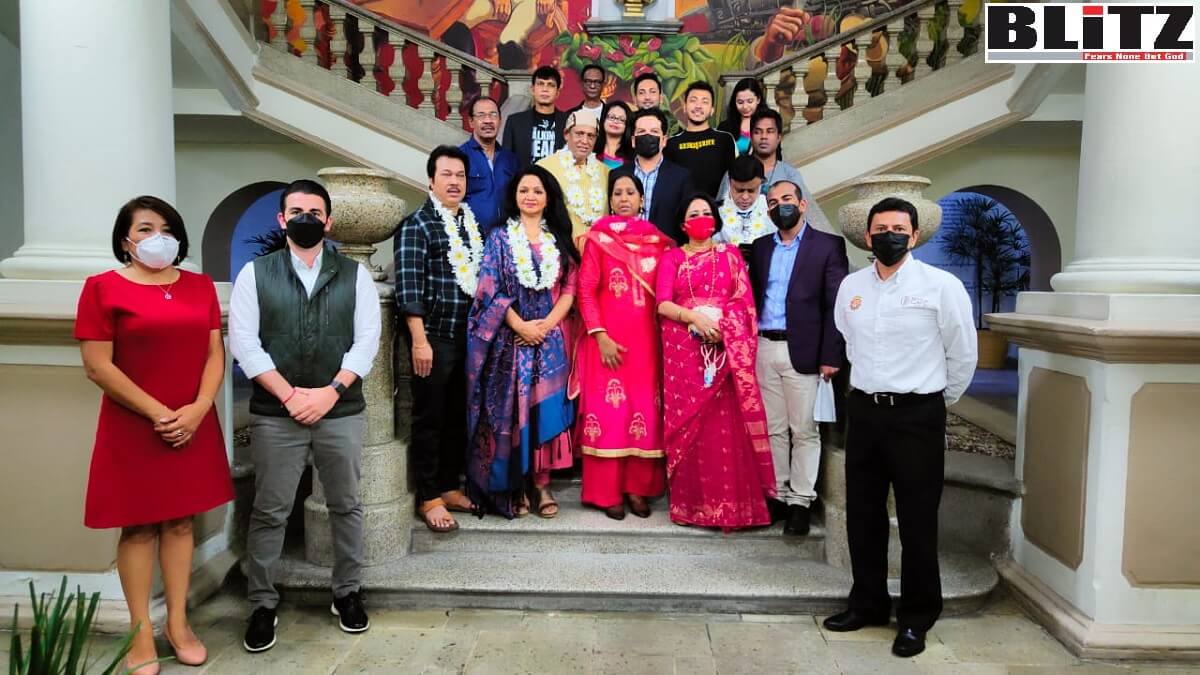 A cultural delegation from Bangladesh is currently visiting our friendly nation Mexico. This year marks the 500th anniversary of Mexico City which also is the bicentennial celebration of Mexico’s independence from colonial rule of Spain. On May 22, 1521, Spanish forces and their Indigenous allies laid siege to the powerful Aztec capital of Tenochtitlán, where Mexico City now stands. The battle lasted nearly three months, ending with the fall of the Aztec Empire and Spain’s consolidation of power in a large swath of North America. Now, Mexico City is marking the 500th anniversary of the conquest with events that highlight the complex ways it shaped the country’s society.

City authorities have planned events including a celebration of the equinox at the Cuicuilco archaeological site and academic discussions of historical myths and realities surrounding the siege. Rather than celebrating the Spanish victory, Mayor Claudia Sheinbaum says, the events will highlight Mexico’s cultural diversity without ignoring its violent history.

This summer’s events also mark the 200th anniversary of Mexican independence from Spain. The colonial power officially recognized Mexico as its own country on August 24, 1821. As Michael Sauers reports for Morocco World News, Mexico has excluded Spain from participation in this year’s commemorations—a choice with which Spanish President Pedro Sanchez has expressed “enormous displeasure.” Tensions between the countries are related to both current issues and historical ones. In 2019, Mexican President Andres Manuel Lopez Obrador asked Felipe VI of Spain for an apology for the conquest of Mexico, citing “violations of what we now call human rights.” Spain’s foreign minister responded that it was “weird to receive now this request for an apology for events that occurred 500 years ago”.

Lalita Rani Barman, Deputy Secretary of the Ministry of Cultural Affairs of Bangladesh is the leader of the delegation while Md Asaduzzaman, Secretary, Bangladesh Shilpakala Academy is the coordinator.

On September 27, 2021 evening (Bangladesh time September 28, 2021) this cultural delegation will have its second show in Mexico’s Cordova city. This program will coincide with the 75th birthday celebration of our Prime Minister Sheikh Hasina.

Md Asaduzzaman, Secretary, Bangladesh Shilpakala Academy said: “From Mexico, we are joining the celebration of the 75th birthday of our Honorable Prime Minister”.

From Mexico, King of Bangla folk songs, Fakir Shahabuddin said, “From Mexico, we are extending warmest greetings to our honorable Prime Minister on the auspicious occasion of her 75th birthday. This evening, during the show, I will tell the audience about the birthday of our honorable Prime Minister and ask them to pray for her long life and good health.

Fakir Shahbuddin said, “We, the people of Bangladesh are eternally grateful to Prime Minister Sheikh Hasina, daughter of the Father of the Nation Bangabandhu Sheikh Mubibur Rahman for transforming Bangladesh into paragon of socio-economic prosperity. Sheikh Hasina’s leadership has made a respectable position for Bangladesh throughout the world. In Mexico, people are aware of the grand socio-economic success of our country”.

He said, “Honorable Prime Minister Sheikh Hasina is also a great patron of Bangla culture, and her government has been dedicatedly working in promoting Bangla culture, especially our extremely rich folk music to the international community. This makes me feel proud, not only as a singer, but also as a Bangalee”.

It may be mentioned here that, Bangla folk songs, comprises a long tradition of religious and secular song for over a period of almost a millennium. Composed with lyrics and blended with the mystique tunes of Sufism, Bangla folk music spans a wide variety of styles, which contains highest ingredients of mesmerism and indulging its listeners to the wide arena of high-philosophy and love towards the nature and the creatures. Bangla folk song teaches the spirit of secularism, love for every human being and upholding the magnificent ideology of religious harmony.