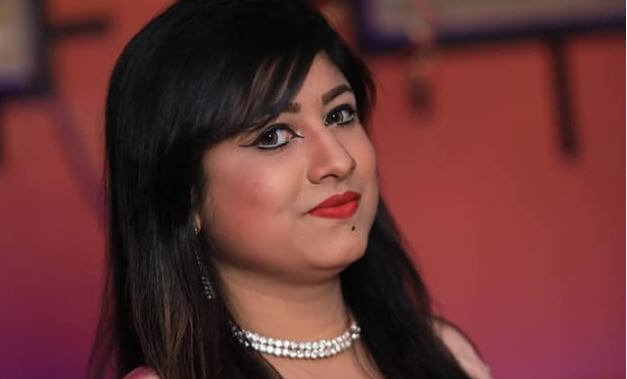 Years back, Moon was a household name in Bangladesh, who had been successful in giving several hit songs. Then the artiste took a break from the industry for some time and when she returned, her luck didn’t click as before. Due to this, most of her fans had turned broken-heart. Meanwhile, pattern of music and taste of music lovers had also changed a lot. The songs which used to be liked by the people a decade back are already considered either as obsolete or outdated. With the change of time, musical trend in the world as well as in the sub-continent had taken newer turn. But being a very talented singer Moon has already started giving voice to new songs with various music directors in the country. She also has recorded few duets with popular male singer. All of these accomplishments possibly didn’t satisfy her ambition. For that reason, Moon now is taking preparation for recording a new song, which will be released by a prominent music label in Bangladesh.

Talking to this correspondent, Moon said, “Music is my passion and with the change of time, it took me some time to fully cope with the trend. Now I am all set and very soon my fans will be hearing my new song, which I believe will attain their appreciations. Being an artiste, for the past few months, I have chosen proper lyrics, tune and had also sat with a number of leading music labels finally to decide on this project. Composition of this song shall be done by a prominent music director. Please pray for me.”

Asked, if the “prominent” music director would be someone she had earlier teamed-up, Moon said, “Not at all. This time my song will be composed by someone who hasn’t done it for me in the past. Even I have offers from a Kolkata music label to sing a song for them. But my priority is Bangladesh. Once I have done this, hopefully I also will give voice to the song the Kolkata-based company is asking for.”