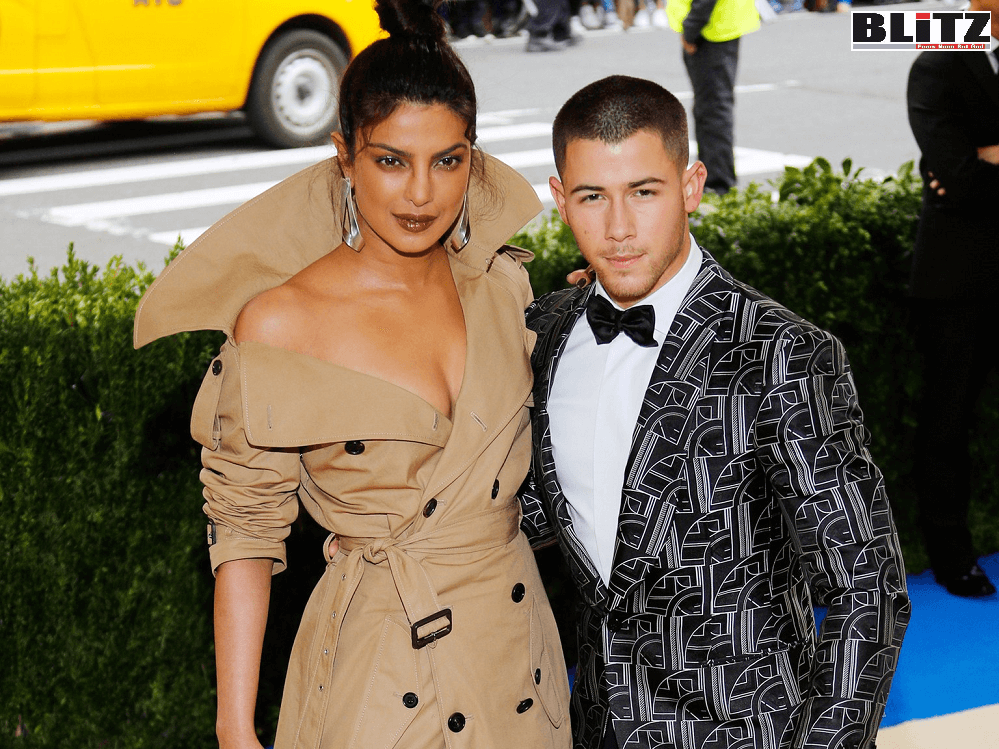 Bollywood actress Priyanka Chopra’s marriage with Nick Jonas is a big farse and she along with her family members have been lying to the media and people for years. Writes Parvati Shankar

Priyanka’s younger daughter Parineeti Chopra said in an interview that she had learned about the engagement of Priyanka Chopra and Nick Jonas the day Jonas proposed her in London. Talking about the proposal, Parineeti said, she received a missed call at 3:00 am on Priyanka’s birthday. As she returned the call, Priyanka and Nick spoke to her and her sister Priyanka had shown her the engagement ring. The couple told Parineeti that they had to tell her first about the engagement. She said: “The day it happened; I was the first one to get a call. But I was part of their story of their story [engagement] even before it happened. The day he [Nick Jonas] proposed to her [Priyanka Chopra], it was her birthday. I got a missed call from her at 3 am. I knew she was holidaying. I Facetimed her. She showed me the ring and I almost fainted. Both Priyanka and Nick (Jonas) were there on call. They were like we had to tell you first. I started crying on the call. It became all emotional and beautiful”.

According to Indian Filmfare magazine story of September 2020, Nick Jonas proposed in Crete. As far as Chopra knew, it was to be a birthday trip. Jonas waited until after midnight, so that future engagement anniversaries would not coincide with her birthday celebrations. He had the ring with him, having shut down a Tiffany & Co. in London to pick it out with his brothers a few weeks earlier.

“I got down on one knee, again, and I said: Will you make me the happiest man in the world and marry me?” Jonas says. “No joke—she took about 45 seconds. Forty-five seconds of silence.” (Chopra says she was speechless.) Jonas pressed on. “I’m going to put this ring on your finger now unless you have any objections”.

When DNA news agency asked Madhu about her first meet with Nick, she revealed, “We just went out for dinner where Nick was present. But it was a large group. There were 10-odd people, so I didn’t get the time to know him that well. I’ve met him for the first time, so it’s too early to form an opinion.”

It would be almost a year and a half before Jonas proposed. Naturally, they would spend most of that time not seeing each other. Yes, Ralph Lauren invited them to attend the 2017 Met gala together—not knowing anything about their months-long text flirtation. And yes, they met for a proper drink a week before the Met at the Carlyle hotel in New York. Chopra ended up inviting Jonas to her apartment that evening—even though her mother was home watching Law & Order in her nightgown. (Introductions were made, and Jonas confirms that Chopra’s mother, Madhu, was indeed wearing her nightgown.)

“I’m a professional liar & I get paid for it”

Priyanka Chopra told Vogue in December; their mythical Californian marriage license is not valid in India. There is also no proofs that they received a marriage certificate in America.

If someone will Google Priyanka Ashok Chopra and Nicholas Jerry Jonas, CA, NY, there will be no information about marriage between the two.

I am sure, Priyanka Chopra is not married officially according to Indian Marriage Act. Nick Jonas has not lived in Mumbai (India) for 30 days. If they had a marriage certificate, Priyanka Chopra would post it in her Instagram. There is no video on showing they signing the marriage registration or saying the Pledge of Allegiance. Priyanka was declared Mrs. Priyanka Jones by Nick’s father. He has no legal right to register marriages in India being a foreign national. If the marriage between Priyanka Chopra and Nick Jonas is a scam, I am outraged they used the Indian Prime Minister Narendra Modi for their foul purposes.

In Music News website, there is a news titled Nick Jonas and Priyanka Chopra planned wedding in six weeks.

In Marie Claire, Priyanka Chopra said: “America is really the land of opportunity and a melting pot of the world”.

Priyanka Chopra has been a harsh critic of Donald Trump.

She had joined an anti-Trump women’s march in the US. According to the report, Priyanka Chopra extended her support for the Women’s March that was organized in Washington DC, a day after Donald Trump was sworn in as the 45th president of the United States of America.

For years, anti-Republican bloc has been using Bollywood actress Priyanka Chopra as one of their active forces and even as a poster girl in spreading anti-Republican sentiment amongst the Indian-Americans as well as fans of the Bollywood movies. Priyanka was one of the most active supporters of Kamala Harris, the Indian-American politician and now Vice President of the US.

Priyanka Chopra has been successful in fooling the western media and get lots of coverages. Actually, it was Priyanka’s PR agency, who were tirelessly working in getting her big coverage in the media.

Now Priyanka Chopra is using all her contacts and connections as well as her celebrity value in giving extra energy to anti-Trump and anti-Republican forces in the US. Although her story of being married to Nick Jonas is a total farse, she will continue using this identity for some reason best known to her.