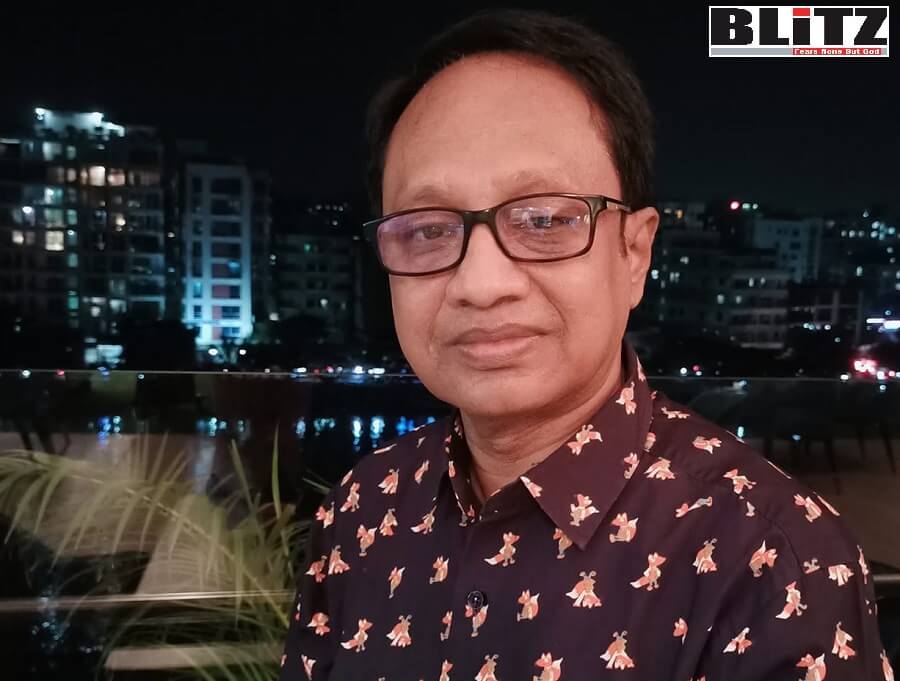 Successful film producer and cultural personality Farman Ali has announced his next movie project, which will be made eyeing on OTT platform as well as cineplex and theaters in the Middle East, UK and the US. On November 23, 2021, Farman Ali made the announcement on his Facebook ID. Name of this film is ‘Dolil’ (The Agreement), where the producer is looking for having a young director and mostly new artists.

Talking to this correspondent, Farman Ali said, as a large number of producers in Bollywood already are switching to OTT platforms as an alternative to cinema halls, his next film also will be mainly eyeing on OTT and digital platforms as this is going to replace the conventional idea of releasing movies on theaters.

He said, Bangla-language contents, both movies and dramas have a huge prospect due to the massive size of Bangla-speaking population in Bangladesh, India and the world.

It may be mentioned here that the size of Bangla-speaking population is over 30 million with more than 9 million having access to internet facilities. This has already made Bangla-speaking viewers a prime attraction to a large number of global OTT platforms. Indian OTT platform hoichoi has already opened its office in Bangladesh, while Zee5 is operating through a vendor. Few more Indian and international OTT platforms are also on the process of either opening their office in Bangladesh to make their presence through vendors and agents.

It was earlier reported in the media that, considering the huge size of Bangla-speaking population in Bangladesh and India, a large number of international and Indian OTT platforms are now actively considering buying Bangla web series, web films and full-length feature films from Bangladesh.

The size of Bangla-speaking population in Bangladesh and West Bengal in India alone is above 270 million, while the number of people having access to internet is now around 11 million whereas the number continues to increase. Bangladesh is one of the top-most markets for Over The Top (OTT) platforms. Due to Bangladesh’s rapid socio-economic growth, capacity of individuals of subscribing to OTT platforms is on rise, while several OTT platforms such as Netflix, Amazon Prime, Zee5, Eros, Disney Hotstar, Klikk, Platform8 and hoichoi already are continuing to receive good response from their existing and potential future subscribers in Bangladesh.

Indian OTT platforms Zee5 and hoichoi have started buying Bangla web series from last month. Vendor of Zee5 in Bangladesh is an advertising firm named ‘Good Company’, while hoichoi is running in office in Dhaka, Bangladesh.

Zee5’s vendor Good Company is initially buying web series from local drama makers as it does not produce any content.

Meanwhile, Bangladesh’s leading production company and content provider Crown Entertainment has started preparations for producing web series and web films for international and Indian OTT platforms. Team of Crown Entertainment has been working in selecting stories, writing script and screenplay as well as select artists and directors for a number of web series and web films, which would be offered to international and Indian OTT platforms. The company already has made arrangements to supply 4K quality contents.