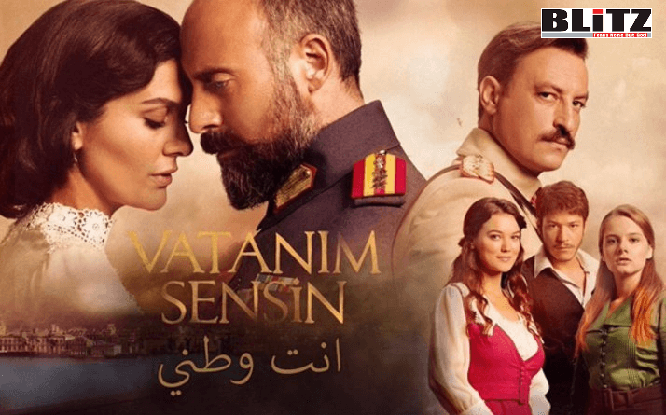 Reasons behind the growing popularity of Turkish TV series

During the past few years, Turkish TV series are gaining huge popularity in the South Asian nations, while it has been seeing an expansion in the size of fans and watchers of Turkish serials.

If anyone will ask, why the Turkish series are becoming increasingly popular in the world, the possible reply will be, the popularity of Turkish television series in Latin America and Span, for example, is due to the nature of the plot (story), the atmosphere, arrangement and quality of filming.

The popularity of Turkish television series in Latin America and Spain is due to the nature of the plot, the atmosphere and the quality of the shooting of Turkish film production. Since Turkey is a multicultural country, there are actors for all tastes around. Spectators love the performance of the actors.

In Vietnam, Turkish series have been becoming popular since 2017. Although Vietnamese are more interested in watching Chinese and Korean dramas, alongside American and Indian movies and dramas, locals are gradually showing increased interest in Turkish dramas and series.

It may be mentioned here that, Pakistan drama industry was hugely popular, while a section of the audience was taken by Indian dramas and tv serials. But, following the arrival of Turkish serials in Pakistan, the size of the audience of Indian dramas and serials had declined, while primetime on prominent channels such as Geo-Kahana and Urdu-1 was occupied by Turkish dramas. Since 2012, on an average 10-12 Turkish serials were airing every week in the Pakistani television channel’s prime time. But for the past couple of years, the number of Turkish television serials on Pakistani channels have fallen.

In Iran, Turkish series are particularly popular amongst female audiences. Turkish serials, especially on the Ottoman empire have massive popularity in Iranian society.

In Saudi Arabia, Turkish dramas and serials are ‘annoyingly’ popular. Women in Saudi houses are seen watching Turkish serials on their iPad, while they have become fans of the characters in Kurtlar Vadisi and other Turkish productions. Saudi girls use photos of popular Turkish actresses on their social media profiles.

Muhteşem Yüzyıl: Kösem (The Magnificent Century: Kösem) is a Turkish television sequel to the 2011 Turkish television period drama Muhteşem Yüzyıl. Written by Yılmaz Şahin, it recounts the life of Mahpeyker Kösem Sultan, a slave girl who became the most powerful woman in Ottoman history after she was captured and sent to the harem of Sultan Ahmed I. Actresses Nurgül Yeşilçay, Beren Saat and Anastasia Tsilimpiou played the titular role in three different ages of her life, while actors Ekin Koç, Boran Kuzum, Taner Ölmez, Metin Akdülger and Tugay Mercan were cast as different sultans of the Ottoman dynasty. Also in the starring cast were actresses Hülya Avşar, Tülin Özen, Leyla Feray, Farah Zeynep Abdullah, Aslıhan Gürbüz and Hande Doğandemir, who played prominent roles of different sultanas in the series.

The first few episodes of the series were filmed in Chios, Greece. An excerpt of the show was screened in Cannes, France, at the annual international television festival MIPCOM about a month before its official premiere on Star TV on November 12, 2015. It was later transferred to FOX for its second season. Since its broadcast, Muhteşem Yüzyıl: Kösem has been aired in several countries, including Bangladesh.

Its final episode aired on 27 June 2017. The series’ finale marked the end of the six-year Muhteşem Yüzyıl saga.

Bangladesh’s leading television program production company Crown Entertainment has been trying to import few of the popular Turkish television serials and later air those in the local television channels by dubbing into Bangla. Describing their interest, M. Tajul Islam, deputy CEO of the company said “Contacting Turkish production companies is a bit difficult as most of them do not have active websites. Still, we are trying to establish contacts with those companies and believe, very soon Bangladeshi audience will be getting few more Turkish television series in the local TV channels.”