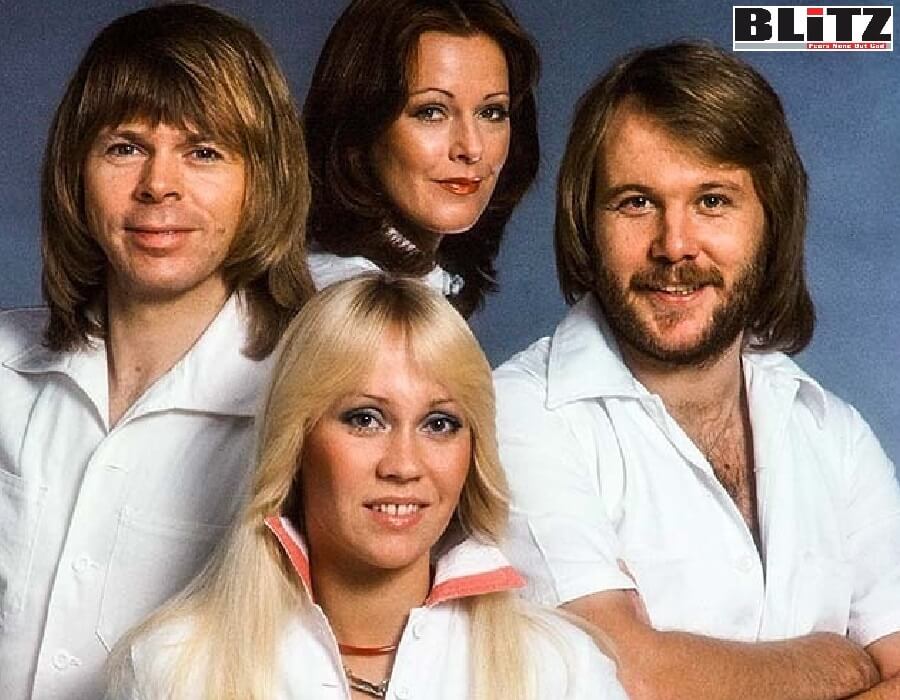 Four portly septuagenarians in skin-tight onesies adorned with lightbulbs and, for some inexplicable reason, clutching helmets, is not a good look. Even in their prime 40 years ago they were not exactly fashionable, some might say. Yes, Abba are back.

There’s to be a new album, Voyage, and there’s a single, the anthemic I Still Have Faith In You – unmistakably Abba. They’re building a 3,000-seat Abbatoir in the Olympic Park in London where, for £21 a hit, they’ll perform 22 songs in a 90-minute set. Except they won’t. It will be avatars of them – created by George Lucas’s Industrial Light and Magic – that will prance across a big screen, captured as they were in the eighties when they still fitted their clothes.

It’s the perfect, moneymaking wheeze – you don’t even have to get out of your Ikea bed in the morning and the moolah just keeps rolling in.

And no doubt it’s the future. The Beatles will reform with a little help from their friend George and his AI and CGI. Paul McCartney just needs to sit down with John Lennon’s son Sean, knock out a song, and Lennon and McCartney are back. Elvis rises from the tomb and gyrates once more in Las Vegas for the morbidly obese. Jim Morrison and The Doors return and it really is Love Me Two Times, although you can be sure he won’t be pulling out his manhood on stage as he was wont to do when he was alive.

What an utterly dismal prospect.

Gerome Sapp, a former US footballer with the Baltimore Ravens, spent £1.3 million at Sotheby’s in April. On a pair of shoes. Yes, shoes, a one-of-a-kind pair of Nike Yeezys. Sapp may be oddly named but he’s no mug. He’s a graduate of Harvard Business School and has a company called Rares, which trades in extremely limited-edition fashion gutties.

He’s going to create shares in these Yeezys, which were designed by rapper Kanye West (more on him later). People will be able to make money, or lose it, trading the shares on his app, or take a faction of the profits (or losses) when Rares resells the shoes.

For instance, the price of Nike Air Max 1s has gone up 50 per cent in 17 months and Air Jordan 4s more than doubled over the same period.

There’s also a company called Rally, which does the same thing with classic cars, and Masterworks which sells parts of multi-million-pound paintings for less than £15. You can also buy shares in pop songs, through ANote Music, and take an infinitesimal slice of the meagre royalties every time the song is streamed on Spotify.

On StockX, you can can buy and sell not just rare footwear but all sorts of fashion collectibles on its website. A Jordan 1 High OG SP size 10 is yours for about £3,000. These companies all charge a processing fee, about 3%, and a transaction fee starting at 10%, but decreasing with the value of items and the amount traded.

“You can be the Warren Buffett of the sneaker industry and be a dumbass in the real world,” says Sapp.

MEMO to Priti Patel at the Home Office. Apparently, one in three Europeans believes that refugees are more to blame for crime than other groups, while the number of those who believe that they will increase the likelihood of terrorism is double that. Nigel Farage, of course, believes they’re responsible for just about all of the ills in British society.

Research by Professor Timo Kivimāki at Bath University has discovered the reverse is true, that the countries which are the most welcoming to refugees have the lowest crime rates.

The three states that received the greatest number of refugees per population were Germany, Malta and Sweden, all of which are among the least violent countries in the West. According to the prof “there are no examples of countries with generous asylum policies and high levels of violent crime”. So there, Nige and Priti.

Gone to the dogs

MEMO number two to Priti Patel. In yet another futile attempt to deflect from the utter incompetence of Dominic Raab, the UK Government has launched a PR assault trumpeting a new crime bill which will give penalties of up to seven years for anyone nicking your pet corgi or chihuahua. There is already a Theft Act, which covers everything from petnapping to housebreaking, where the maximum penalty is seven years.

RAPPERS JAY-Z and Kanye West, before they fell out, made a record together called Watch The Throne. One of the songs has the immortal couplet, “Prince William’s ain’t do it right if you ask me/Cause I was him I would have married Kate & Ashley.”

That song was a top five hit in the US. It’s called Ni***s in Paris. If you ask Alexa to play it she responds that it’s called “[Bleeeep] in Paris …”

CONSERVATIVE Trade Secretary Liz Truss tweeted on Friday: “Great news: Mexico has opened its market to British pork for the first time. This is a major win for British farmers with the industry estimating a £50 million boost in trade over the first five years.” Accompanied by a photograph. Of two lamb steaks.

SO, Cristiano Ronaldo has joined Manchester United and taken, again, the number 7 shirt. Which is good news for his clothing brand CR7 – basic underwear pants €16.95, men’s jeans €89.95 – and all the suppliers, workers and retailers and, of course, his bank manager.

What seems to be missing in all the gushing over the player and his wondrousness is that a rape allegation still hangs over him from 2009.

Nine years later, the German newspaper Der Spiegel got hold of court documents, including a witness statement by Ronaldo, in which he says of the sex act with a young American woman: “But she kept saying ‘No’. ‘Don’t do it’. ‘I’m not like the others’. I apologised afterwards.”

It happened in Las Vegas and he was alleged to have raped Kathryn Mayorga – an allegation he strenuously denies – while on holiday there. At the time, he was a Manchester United player. Weeks later, he would sign for Real Madrid.

Mayorga, who has waived her right to anonymity, agreed an out-of-court settlement in January 2010 of $375,000 (£270,000) in return for agreeing to never go public with the accusations.

Following Der Spiegel’s 2017 revelations, Ronaldo’s lawyers issued a statement which included: “This agreement is by no means a confession of guilt.”

Mayorga then attempted to have the settlement and non-disclosure agreement declared void. A civil complaint was also lodged by her against Ronaldo. She is said to have been inspired to reopen the case, not for an increase in the payout, but because of the #MeToo movement.

Las Vegas police, in September 2018, did reopen the criminal case against Ronaldo. By the following January, they had issued a warrant for a DNA sample from him.

Six months later, it was confirmed he wouldn’t face charges as the allegations “cannot be proven beyond a reasonable doubt”.

Mayorga is now suing for punitive damages and legal fees amounting to £56.5 million – or roughly two years of Ronaldo’s £500,000 a week wage.

The legendary Swedish footballer Zlatan Ibrahimovic, now with Milan, was once asked why he always carried the number 21 on his shirt, whatever team he played for.

“Because I’m three times better than Ronaldo,” he responded.

Republished from The Herald