Amongst the Bangladeshi television viewers as well as viewers of Bangla drama on YouTube channels, Nusrat Jannat Roohi is a popular face. She is one of the most disciplined performers, who has been dedicatedly working maintaining set routines. She enjoys repute for her well-coordinated work while Roohi has always been very sincere and devoted to her works. A well-educated Roohi has completed Masters with two majors – Fashion Designing and Dancing from Dhaka’s prestigious Shanto-Mariam University of Creative Technology, while she also has completed her honors from BGMEA University of Fashion & Technology (BUFT). For over a decade, Nusrat Jannat Roohi has been associated with the Bulbul Academy for Fine Arts (BAFA) as a dance teacher. Roohi was attracted to dance since her childhood and used to reciprocate the steps of the dancers on television. When her grandfather saw her interest in dance, he asked Roohi’s mother to get her admitted in a dance school. Onwards, she continued attending dance schools alongside her studies. From her dancing career, Roohi started dreaming of entering the showbiz as an actress. Later she came into the limelight of the media through a TVC and in 1998 stepped into the showbiz. Onwards, she did a large number of TVCs, music videos, telefilms, drama and also anchored several programs on television channels, where she had attained appreciation from the viewers. But in 2002, she had to give a pause to her acting and modeling career as she had to focus on her higher studies and did return to the showbiz in 2015.

Roohi believes, whatever she has accomplished so far is rooted in dance, because dance is her passion. Replying to a question about what qualities an aspiring dancer and actor must possess, Roohi told an English newspaper: “Being a dancer myself, I believe, to be a successful professional dancer, one must work hard, be focused, and persevere. An artist must learn all the dance movements by heart and have the desire to always learn new techniques. Performing on stage or television professionally is a privilege and aspiring dancers must not be focused on stardom and pride; rather work hard because at the end efforts are acknowledged. Dancers are taught expressions and gestures that also contribute to the work of acting. An aspiring actor must-watch lots of movies, read books, recite and they must have the practice of speaking with the correct pronunciation. One must groom themselves to be a role model and be an ideal human being, they must possess the ability to be any sort of character or role they are given. Each day should be a new learning for any artist and they must have the aspiration to be the best.” 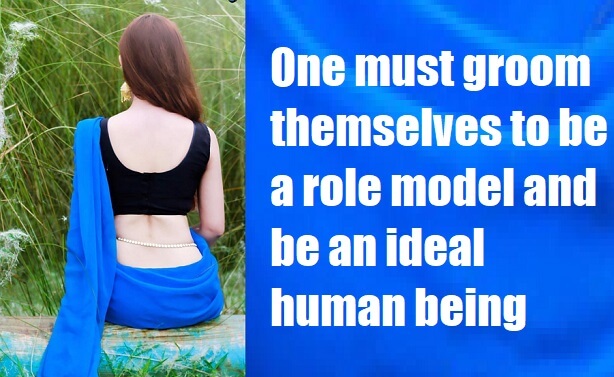 Roohi always likes to present herself on the screen in versatile ways. She looks for diversified roles, with the zeal of proving herself as a prolific artist. In the showbiz world, Nusrat Jannat Roohi is known as ‘Roohi’ to everyone. During the Eid Ul Azha, Roohi has performed in a number of television fictions. She also has played the lead role in a television fiction named ‘Rocky The Great’ against Kalyan Corraya and Tanvir. This television fiction is directed by Sajib Mahmud. Roohi is thrilled working in a television fiction, which is produced by Bangladesh’s leading production company and content provider, Crown Entertainment. Commenting on her work, Roohi said, “In Bangladeshi showbiz, Crown Entertainment is a factor. It has produced huge number of contents on this Eid. I am personally delighted working with this company and definitely look forward in working in future projects of Crown Entertainment. One of the most important points about this company is their quality of work and professionalism.” Nusrat Jannat Roohi will be seen in a large number of television fictions during this Eid. Amongst those are, ‘Like Comment & Share’ by Kawshik Shanker Das, ‘Health Coverage’, and ‘Love With Benefits’ by Mansur Alam Nirjhor, and ‘Boka Prem’ by Shajib Mahmud.

Roohi’s father was a film producer. Her mother is a writer.

One of her passions is traveling and Roohi loves visiting places with natural picturesque. Ocean, mountain, natural fountain, and of course forests attract Roohi’s mind. She feels connected and turns poetic whenever visits such places.

In the next 5 years, Nusrat Jannat Roohi wants to see herself as a successful actress both in the small-screen as well as movies. She already is getting offers from film production companies in Bangladesh and India.