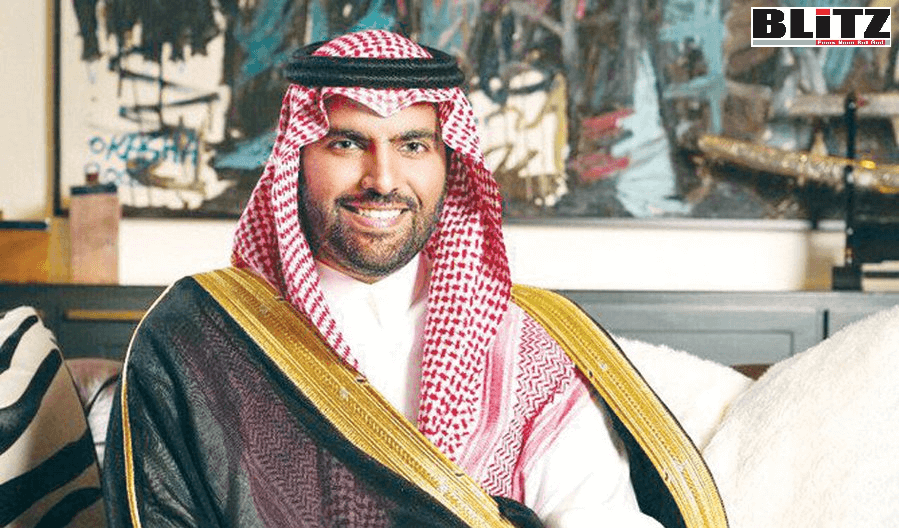 Saudi Arabia’s resilient cultural sector had “flourished” and proved to be a “unifying force” during the ongoing coronavirus disease (COVID-19) pandemic, a government report has revealed.

Despite the many challenges brought about by the global health crisis, the country’s Ministry of Culture recorded a successful year.
In a report titled, “The State of Culture in the Kingdom of Saudi Arabia, 2020: Digitalization of Culture,” the ministry highlighted areas of achievement and growth along with setbacks and related recovery programs.

Minister of Culture Prince Badr bin Abdullah bin Farhan said in the study that although the sector had last year faced unprecedented challenges it had also generated exciting opportunities.

“The Saudi people hold a deep-seated belief in their nation’s cultural vision, and over the course of this past year, they worked diligently to transform that vision into a lived reality.

“Despite tremendous obstacles and social distancing measures, culture and creative industries proved their indispensable value as a potent unifying force,” the prince added.

He pointed out that as the sector had looked inward for inspiration, it was met with “ubiquitous creative talent” and “innovative adaptability.”
The minister said: “The cultural sector stands as a testament to the vitality of the Saudi Vision 2030. The Kingdom is dedicated to promoting and protecting national cultural heritage, while exploring new cultural horizons. Proud of our culture, our journey together will undoubtedly continue to flourish.”

Prior to the start of the pandemic, the ministry said a shift toward the digitalization of various industries was already underway in the country, however, the virus outbreak forced the pace of digital transformation to accelerate and, in turn, amplified its importance.

In the wake of health and safety restrictions introduced to stop the spread of COVID-19, a broad cultural scene began to take hold in virtual space. As the world adjusted to holding events online, with exhibitions and conferences hosted on specialized digital platforms and students joining classes on home computers, the ministry began to see the opportunity in speeding up the digitalization process.

As a result, executive decisions were taken to ensure that the Kingdom’s cultural environment was protected from the worst impacts of the pandemic.

A move to extend the Year of Arabic Calligraphy into 2021 was taken in April to ensure that the event’s significance would not be overshadowed as the world focused on fighting COVID-19. The platform, Al-Khattat (the calligrapher), was created with the support of the ministry and provided thousands of Saudis in lockdown with the opportunity to pick up new creative skills or brush up on old ones via free access to an entire database of calligraphy videos.

One calligrapher, Marwan Al-Ajami, said: “Personally, Al-Khattat was the highlight of my lockdown. I learned new skills that I used to expand my portfolio, and it gave me something to look forward to when lockdown ended, which was showcasing the new skills when it was safe to hold events again.”

Inevitably, some sectors were hit harder than others, and the ministry has been working to restore them to pre-pandemic levels of success.
The Kingdom’s movie festivals were among the cultural events most disrupted by the COVID-19 crisis. The sixth Saudi Film Festival was held online and streamed on YouTube, and the first Red Sea International Film Festival, slated for March of last year, ended up having to be canceled.

There were some bright spots for the Saudi film industry though, with flicks such as the Godus brothers’ “Shams Al-Ma’arif” (“The Book of Sun”) debuting in July after lockdowns were lifted and people were able to attend movie screenings again.

The fashion sector was one of last year’s biggest casualties, as preventive public health measures resulted in a 46 percent decrease in industrial production. Clothing and shoe sale revenues slumped to a low point of SR5 billion ($1.33 billion) in the second quarter of 2020.
But the ministry’s report said that the industry bounced back as restrictions began to be lifted and takings had shot up to more than SR9 billion by the fourth quarter.

Theater productions suffered significantly with only 68 performances being staged last year, compared to 169 by the same groups in 2019. Many actors, screenwriters, directors, and producers were forced to channel their activities toward virtual events and online workshops.
Hadeel Mufti, theater coordinator at the King Abdul Aziz Center for World Culture (Ithra), held online classes in performance arts.

“This is a dream that the youth of today can work toward,” she told Arab News in July. “What’s great is that there is that push and encouragement from the Saudi Theater (and Performing Arts) Authority and the Saudi National Theater, driving us toward this new field of performing arts.”

The Ministry of Culture also established the Music Commission to develop and regulate the music sector, which it said had remained primarily reliant on amateur and self-trained artists. In a bid to address the shortcoming the ministry this year issued licenses for the first two music academies in the Kingdom.

Recently, the Saudi Standard Classification of Occupations also formally recognized music-related professions, which will make it easier for the country’s musicians to access training and pursue a career in the sector.